Oklahoma Baptists gathered for the 110th Annual Meeting of the Baptist General Convention of Oklahoma (BGCO) at Oklahoma City, Quail Springs on Nov. 14-15. Attending the meeting were 645 registered Messengers from BGCO churches across the state, as well as hundreds more guests and attendees. From officer elections to worship through song, from ministry reports to key business, the 2016 BGCO Annual Meeting was memorable and uniting. 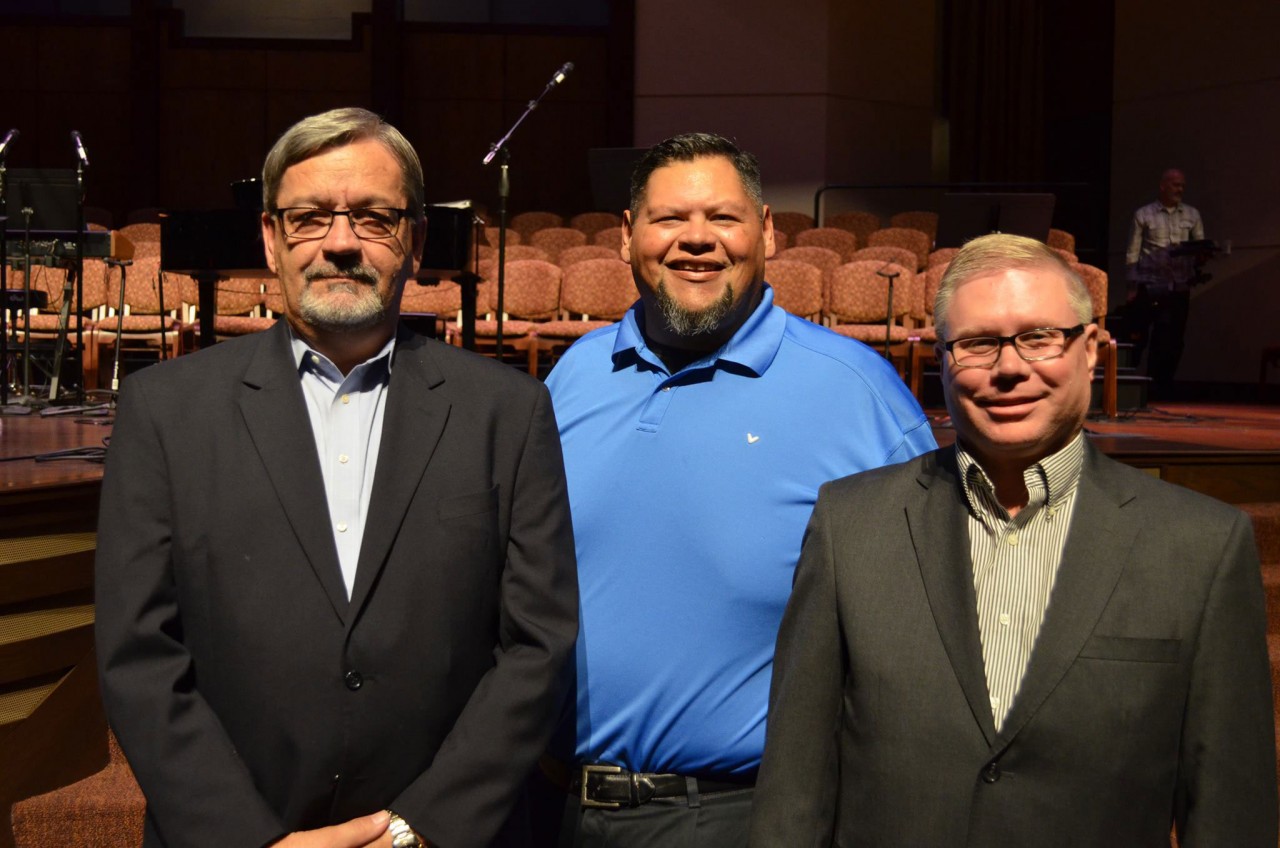 On Tuesday at the 2016 BGCO Annual Meeting, a new slate of BGCO officers were nominated and elected by Messengers. Joe Ligon, pastor of Marlow, First, was elected BGCO President.

Ligon was nominated by Alton Fannin, pastor of Ardmore, First, who emphasized the unique career path of Ligon, who prior to becoming a pastor served as a school superintendent.

“Bro. Joe’s ministry path has been unique and exemplary,” said Fannin, who also emphasized the evangelistic impact of the church where Ligon serves as pastor. No other candidates were nominated, and Ligon’s one-year term was approved by an acclimation vote.

One of the sermons during the 2016 Annual Meeting was delivered by Steve Gaines, pastor of Memphis, Tenn., Bellevue. Gaines, who is serving in his first one-year term as Southern Baptist Convention president, greatly emphasized the importance on prayer in the believer’s life. “A day without prayer is a wasted day,” said Gaines.

“Why was Daniel filled with the Holy Spirit when nobody else was? Why did Daniel have access to information that nobody else had? I’ll tell you why. For 60 years, three times a day, he talked with God, over a thousand time a year… That’s why God ‘downloaded’ into Daniel all that He did,” Gaines said.

Concluding his sermon, Gaines invited attendees to the front of the sanctuary and led in the special time of prayer.

For the 20th time in his service as BGCO Executive Director-Treasurer, Anthony L. Jordan delivered the annual Executive Director’s Address. Connecting to the Annual Meeting theme of “Legacy of Faith,” Jordan encouraged annual meeting attendees to write a legacy letter for family and friends, whereby a person shares their Christian testimony.

“There is no greater gift you can give someone that to share what the Lord has done in your life,” said Jordan, who reflected on the legacy left by his family members, including his mother and father.

The BGCO started a mission partnership last year with the Union of Latvian Baptist Churches. Peteris Sprogis, bishop of the Union, spoke at the Annual Meeting during the opening Tuesday evening session. He talked about growing up under the Soviet Union control in Latvia, but his mother took him to church as a young boy.

Sprogis also showed the first Bible he ever received, which came from his grandfather. He shared what his grandfather wrote in the Bible, and Sprogis emphasized how important it was that this Bible was his, given by his grandfather, but ultimately it was given by God.

“I heard a saying that said the best time to plant trees was 20 years ago. The saying goes that the second best time to today. I invite you to Latvia to help us plant ‘trees,’ which can plant today. It’s not a quick fix, but if we plant the right trees… it will bring fruit,” Sprogis said.

In his president’s address, Dilbeck spoke on “Battling Together for the Gospel,” from Phil. 1:27-30.

“We are called to be a ‘Gospel-first People,’” Dilbeck said. “So this text challenges me to always be asking the question with every opportunity I have, every relationship that I have, every decision that I’m making… ‘Will this advance the Gospel of Christ?’”

Shane Hall, pastor of Del City, First Southern, gave the annual sermon at the conclusion of the Annual Meeting. Hall spoke on prayer, reading from Matt. 6 the passage of The Lord’s Prayer, and he shared how prayer is mostly about asking and prayer is all about God.

Hall has battled stomach cancer for the last two years, and he recalled how those attending the 2014 BGCO Annual Meeting laid hands on Hall and prayed over him. This was prior to a visit Hall took to M.D. Anderson Hospital in Houston to see if his cancer was treatable. It was not and even metastasized throughout his body. The doctors did not give Hall much time to live, but Hall shared something his brother-in-law told him.

“’I’ve been thinking about this,’” Hall said repeating his brother-in-law’s words. “’I think I know why God didn’t answer that prayer.’ I said ‘Why is that?’ He said, ’Because if He had answer that prayer, the doctors and the medical team would’ve taken credit for it. I think He’s still going to heal you so that when He does no one can get the glory from the one to whom it is due.’”

Hall is currently in remission.

Video coverage of the sermons will be made available online at www.bgco.org/annualmeeting in the coming weeks.

BGCO Equipping Team Leader James Swain gave a report talking about the evangelistic impact of various ministries. Through video and stories, Messengers were able to hear about what God is accomplishing through Oklahoma Baptists. BGCO Mobilization Team Leader Alan Quigley, through a video report, gave a missions update.

Reports also were given on affiliated BGCO ministries, including The Baptist Foundation of Oklahoma, Baptist Village Communities, Oklahoma Baptist Homes for Children and Oklahoma Baptist University.

In addition to officer elections, several key business matters took place at the 2016 BGCO Annual Meeting. Messengers adopted the 2017 BGCO Financial Plan and also voted to approve the BGCO Nominating Committee Report, which appoints people to serve on the BGCO and BGCO affiliate boards, as well as various committees, including the Audit Committee, the Ethics & Religious Liberty Committee and the Historical Commission Committee. Members voted to approve the BGCO Board of Directors Report, as well.

Also during the Monday evening session, a report from the Falls Creek Centennial Celebration Committee was given by committee chairman, Danny Ringer, Director of Mission for Beckham-Mills Association. Ringer invited everyone to attend the Labor Day 2017 Falls Creek 100th Celebration event. Ringer shared a personal testimony related to Falls Creek and showed a video that previewed the 100th events at Falls Creek on Sept. 2-3, 2017.

Messengers approved the location and dates of the 111th BGCO Annual Meeting, which will take place Nov. 12-13 at Oklahoma City, Quail Springs. For more information or coverage, visit www.bgco.org/annualmeeting.