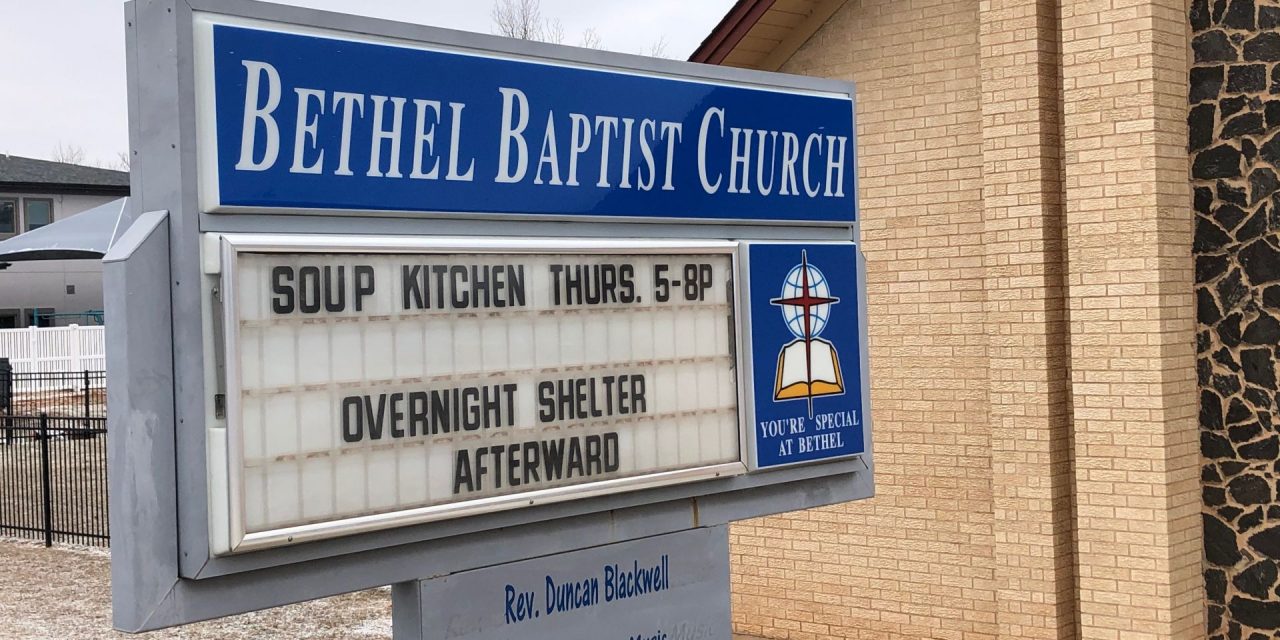 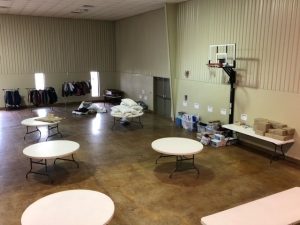 What started as a soup kitchen turned into an overnight shelter at Anadarko, Bethel.

ANADARKO—As Oklahoma weather forecasts in mid-February began to show sub-freezing temperatures and predictions of massive snow, Pastor Duncan Blackwell of Anadarko, Bethel began to pray about how he and his congregation could help vulnerable people in the community.

“We want to share the light of Jesus in our community in this challenging time,” Blackwell said. “We knew this bitterly cold weather would be hard on the homeless in the community, as well as other people who are vulnerable in a situation like this.”

What started as an idea for a soup kitchen quickly grew. When Blackwell shared the idea on Facebook, Baptists and other Christians across the Anadarko community heard about plans and responded enthusiastically.

“We wanted to plan a feeding effort, kind of a soup kitchen,” he said. “That expanded into a shelter scenario at our church building for the upcoming weekend (of Feb. 13-15). 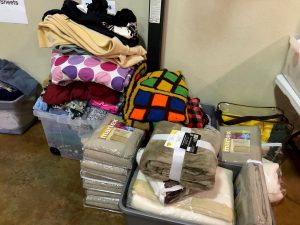 Other churches got involved and donated items, including blankets, coats, pillows, fitted sheets, air mattresses, as well as food.

“When others heard about it, community response was immediate,” Blackwell continued. “Other local churches have jumped in. Everyone—all of the churches—were quick to offer help. (Anadarko, First) has helped and provided to buy blankets and in many other ways. We have had other new items donated, including coats, pillows, fitted sheets, air mattresses, as well as food.”

Blackwell and volunteers with Anadarko, Bethel, organized volunteers to serve—day and night—for the soup kitchen and shelter. Van drivers would go out among the community and give rides to people who requested assistance.

As quickly as plans came together, the winter weather hit hard in Anadarko and other parts of the state, with record amounts of snow and freezing temperatures. 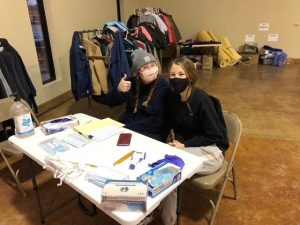 Volunteers served day and night through the weekend at the soup kitchen and shelter.

“The soup kitchen officially began Thursday, Feb. 11, as did the overnight shelter, and efforts have continued past the weekend,” Blackwell explained.

“We have served dozens of meals and ministered to people. We have shared Gospel literature with people,” he said.

As weather conditions deteriorated, Blackwell was unsure if it would be asking too much for volunteers to continue to serve amid the snow and ice. However, people insisted on the effort to proceed.

“The church and community are so engaged in this effort, you cannot even stop them,” he said. 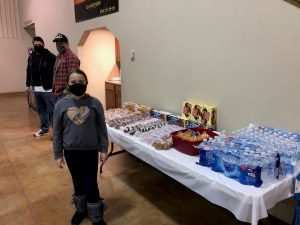 “The church and community are so engaged in this effort, you cannot even stop them.”

In addition to feeding and sheltering people, the spiritual fruit has been evident, including one profession of faith.

“We decided on Sunday, Feb. 14, to livestream services,” Blackwell said. “While the congregation participated in worship through online, the church service was happening at the church building, and at least three guests who had been staying at the shelter attended the worship service in person.

“One person who was staying with us had no power. She showed up the first three nights of the kitchen and then stayed (at our church shelter) Saturday night. We planned to livestream our service and invited all there to attend. She and others came to the service. God moved in her heart, and she repented of her sin and professed faith in Jesus Christ,” he said.

Blackwell said the church plans to continue until it warms up. He thanks the Lord for Christians and people across the community rallying to help.

“I’m amazed and thankful for everyone who has helped. There was no way we could have planned for this. God has provided at every turn,” Blackwell added.

When the storm hit, God’s people in Anadarko rallying to offer hope and help amid the bad weather. As it turns out, the light of the Savior Jesus Christ has shined even more brightly amid the snowstorm.