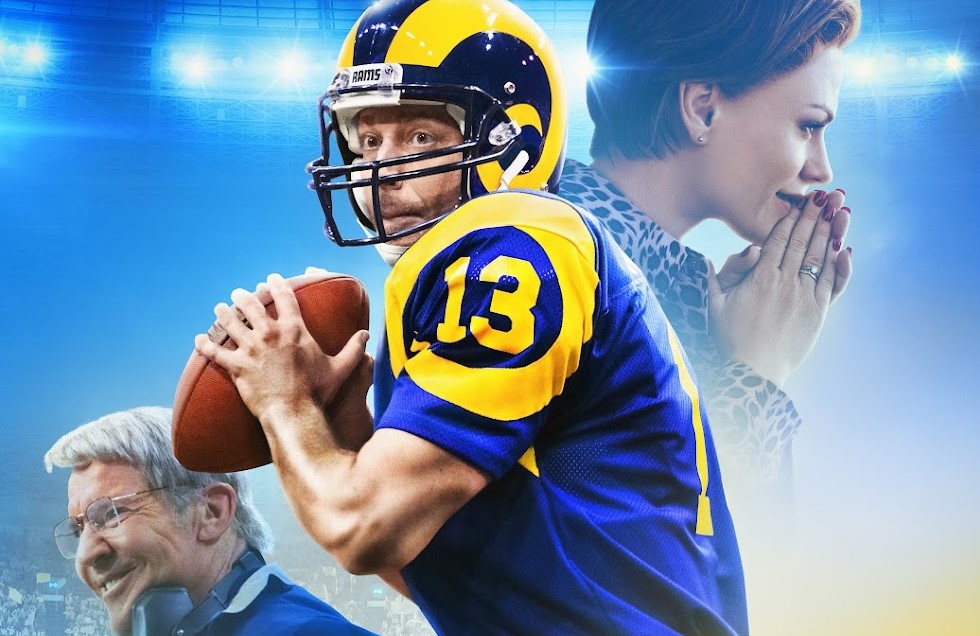 NASHVILLE, Tenn. (BP)—Going from working in a supermarket to winning the Super Bowl seems like something out of a movie, but that is exactly the story of NFL Hall of Famer Kurt Warner depicted in the new film “American Underdog: The Kurt Warner Story.” 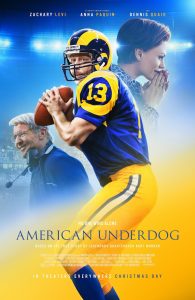 Releasing on Christmas Day, the movie follows the improbable journey of Warner from being undrafted after college, to working at a grocery, to playing Arena League football, to eventually leading the St. Louis Rams to a Super Bowl victory.

Beyond football, the crux of the movie is found in the love story between Warner (played by Zachary Levi) and his now wife Brenda (played by Oscar-winner Anna Paquin).

Brenda was a divorced mother of two children whom Warner quickly bonds with, particularly her special needs son Zachary.

The film is directed by brothers Jon and Andy Erwin, known for the films “Woodlawn,” “I Can Only Imagine” and the documentary “The Jesus Music.” The movie is understood to be the first faith-themed film to receive a Christmas Day opening.

Andy Erwin told Baptist Press they felt honored to be able to tell a story filled with hope during this time in the world.

“When we sat down with them and heard all the details of their story that happened behind the scenes, we said ‘I can’t believe this story hasn’t been told and I can’t believe we are the ones who are going to get to tell it,’” Erwin said.

Chasing a seemingly impossible dream is something Erwin feels many people can relate to, including himself.

During Warner’s second Super Bowl in 2002, Erwin was at the game working as a cameraman for ESPN while pursuing filmmaking with his brother as a side hobby.

Originally from Alabama, the brothers were the farthest thing from being Hollywood directors.

Years later after several successful directing efforts for the Erwins, the journey of producing this movie still came with its own difficulties. Challenges during the producing of the movie included filming with COVID-19 related restrictions and historic winter storms moving through Oklahoma during filming.

When things were difficult during filming, Erwin said he remembered the hope that Warner’s story inspires and wants that hope the Christian message offers to be what audiences take away from the project.

“We want people to take away hope from the film,” Erwin said. “To believe that there is a God that has a bigger plan … that hope right now is something people desperately crave.

“I think it’s the biggest asset we have as Christians, that we do have a greater hope that we point to. I think Kurt and Brenda’s story points to that hope.”