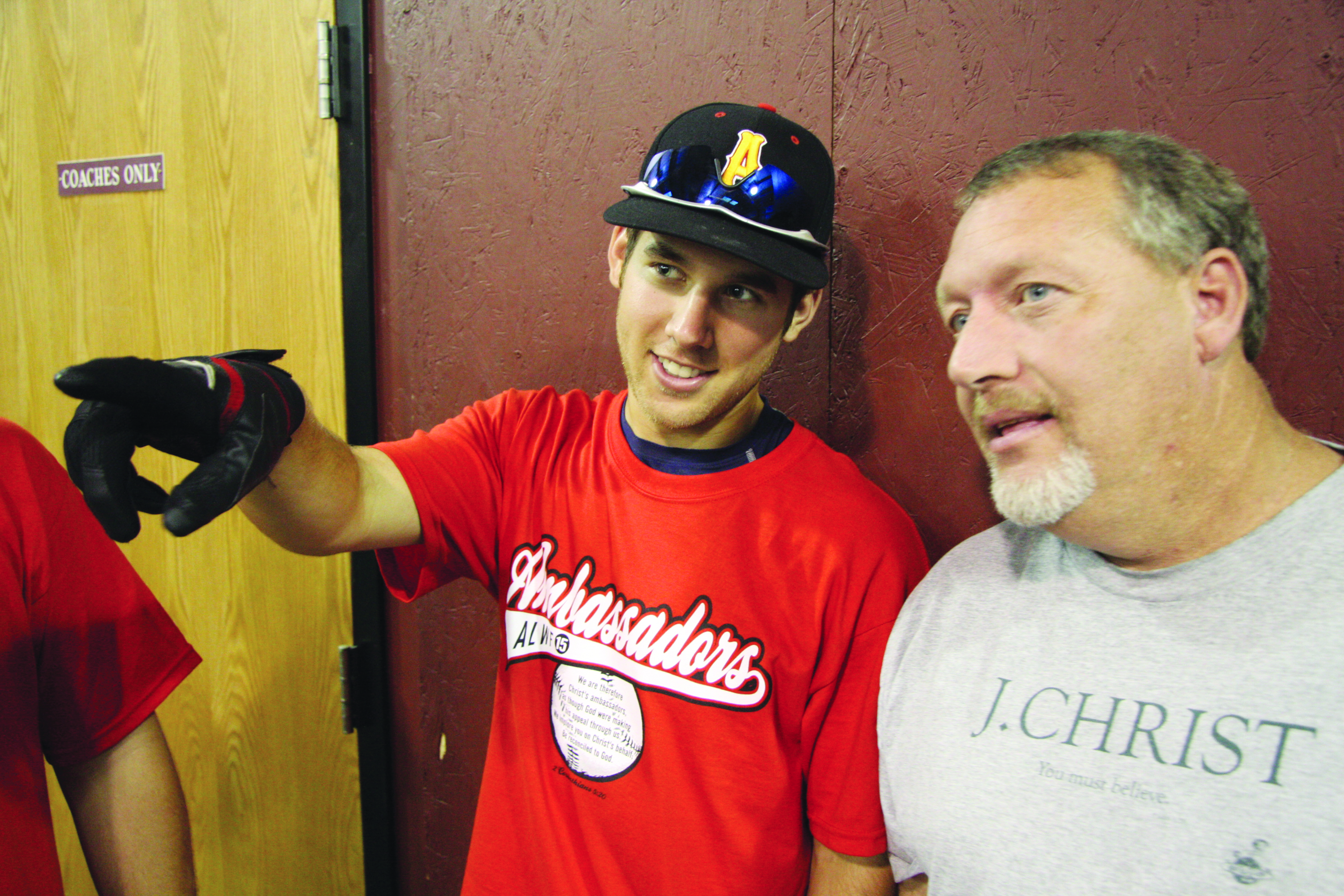 Lee Tunnell has been a standout pitcher at Baylor University and played in the major leagues with the Pittsburgh Pirates, St. Louis Cardinals and Minnesota Twins, but his greatest baseball move possibly came off the field on a Wednesday evening six years ago.

That’s the night he and his family first walked through the doors of Bethany, Council Road. The night after Justin Sullivan died in a traffic accident.

Tunnell had moved to Oklahoma City as a coach for the Oklahoma Red Hawks.

“We really felt strongly, just really deeply, that God was moving us here,” he recalled. “I thought it was out of a father’s heart, to be able to be around my family while I was coaching. So my older daughter and my son’s first youth experience at Council Road was the Wednesday night between the day that Justin Sullivan died and the day his funeral happened.

“And when meeting (youth minister) Chris Wall, he said, ‘This is gonna be a little different night. We got some stuff going on here.’ And when I heard from Emily and James what had happened, I sensed deep down there was a significance to that with us moving to Oklahoma City, because I saw myself a lot in Justin. I started having a quiet time when I was about 15 and kept a journal through my high school and college years, and just really identified with him.”

Sullivan, a catcher at Yukon High School, was named Oklahoma baseball player of the year by The Oklahoman on June 2, 2002. He died tragically the next day when a tire came off an 18-wheeler and slammed into his vehicle on I-44 near May Ave. in Oklahoma City.

“As Chris prepared for his funeral, he was reading Justin’s journals. He knew he was a solid kid, but until he read his private thoughts with God and what God had been talking to him about in his private times with Him, he didn’t really realize what a genuine faith he had.

“So at the funeral, Chris read about eight pages worth of Justin’s journal, and it was really touching, impactful and challenging for a guy that young to be that thoughtful with God, and (to have) the ability to sense God speaking to him. So from there, Chris and Justin’s parents decided that something should be written about it, and Chris was the one the Lord put on his heart to write a journal to help other people learn how to develop that habit of journaling their relationship with God.”

From that stemmed the devotional book, A Life Worth Following. Between 4,000-5,000 copies have since been sold.

However, the connection to the book ran deeper with Tunnell, who actually surrendered to the ministry the month before he was drafted in the second round by the Pirates in 1981.

“Along the way, I had some wise counsel to see what happened with baseball, and God would develop a ministry out of that,” he said. “Through the years, I started doing evangelistic baseball clinics. Then, God gave me a vision for discipleship teams. It was just an idea, and I started sharing it with Chris about three or four years ago.

What God was leading them into turned into the Ambassadors, a team of quality players who live out their faith while playing tournaments and conducting clinics for players from third grade through junior high age.

“The underlying thought is we want to take guys who are similar to who Justin was-some sort of college-level baseball talent-along with a heart for serving God,” Tunnell said. “The two purposes of the team are to get the guys signed, placed into appropriate colleges, and also to give them an experiential vision of sports ministry. That includes all sorts of different venues, such as evangelistic baseball clinics, where the guys share their testimonies and present the Gospel and give people a chance to respond, to youth group experiences, as well as church services. It really gives them a vision for how God can use them as players.”

God blessed the new ministry virtually before it had the chance to step onto the diamond. The Ambassadors held their first event-a clinic in Blanchard-before the players had even held their first practice as a team. About 75 children showed up for the clinic, and during a devotional time afterward at a local church, Tunnell said about 15 people professed Christ as Savior, including five adults. Later, at another clinic in Elk City, a young girl accepted Christ, too.

“We like to work with local churches because we really believe that as a person understands and puts his faith in Christ, and asks Jesus into his heart based on His sacrifical death on the Cross, he is beginning a relationship with God. Now, it’s the church’s responsibility to disciple him,” Tunnell said.

Organizers began with the idea of recruiting 20 high school junior and senior players. They had to cut the roster off at 25, and have had a total of 46 players from four different states wanting to join the team.

The team’s weekly schedule typically includes on-field workouts and off-field discipleship on Monday and Tuesday, travel and personal accountability with a teammate on Wednesday, a clinic Thursday morning and a tournament Thursday evening and on Friday and Saturday, then travel home on Sunday.

They hope to conclude their summer with a trip to the Dominican Republic in late July-August.

The highlight of their schedule will be the inaugural Justin Sullivan Tournament, July 25-26 in Oklahoma City.

Tunnell loved playing baseball, and he loves coaching baseball. And, the lessons he is teaching the Ambassadors about life and their relationship with Jesus Christ may be the most important they ever learn.

“I think every season in baseball is like a life, ups and downs. When you’re going good, everybody loves you,” he stressed. “I tell these guys, when you’re going good in the big leagues you’ve got stacked, you know, your locker is stacked halfway to the ceiling with shoes and gloves and all that stuff, and you’ve got people wanting to take you out to dinner and this and that, but when you start going bad. those people aren’t around. Only the people who really care about you are there.

“That’s something I’ve seen; Jesus loves me and has been that friend Who sticks closer than a brother-when I was doing good, when I was doing bad, whatever. And that’s spiritually, also. When I’m a schmuck and not walking that great, He’s there. He’s never left me or forsaken me or turned His back on me.”

A full schedule and additional information about the Ambassadors and the book, A Life Worth Following, is available at www.alifeworthfollowing.org.