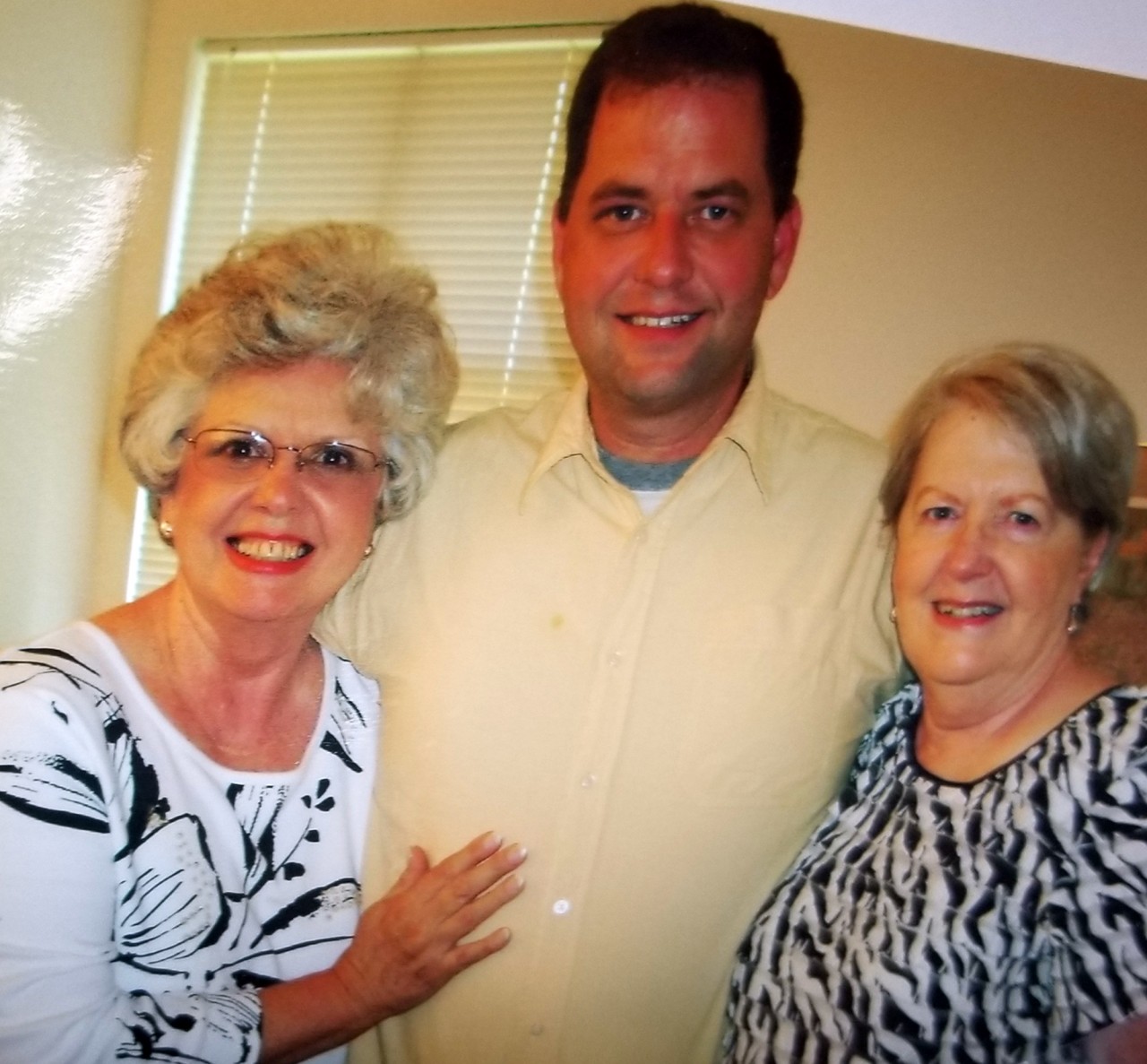 Their conversation quickly became emotional, heated even. She told him she was pregnant and the baby was his. He told her to get an abortion, saying he didn’t want anything to do with her or the baby. 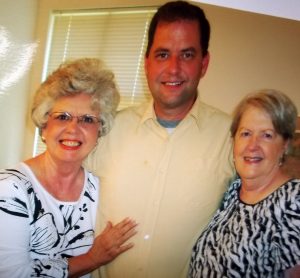 From when John Wheeler was a little boy, Pat Wheeler (right) told her adopted son about another mother out there — Sandra Stone (left) — who also loved him very much. Photo submitted

Already the mother of a 3-year-old son when she was 20, she was working nights for a local cloth manufacturer. During the day she took business classes at a technical college in hopes of a better life.

However, she knew that hope couldn’t come at the expense of the life inside her.

“I rejected the idea of an abortion,” says Sandra Stone, who today lives near Greenville, S.C. “I never considered it. The life of my child … I could never consider taking that. It just wasn’t in me.”

Years after Stone’s resolve to grant life to that little boy — and a son to another family — she had no idea how it would echo to countless others. That little boy, who Bill and Pat Wheeler would name John, answered a call to the ministry and eventually became minister to families at First Baptist Church in Waycross. Ga.

The mother he never met

In 2007 John Wheeler was helping extinguish a fire alongside fellow members of the Ware County Fire Department when he sat down to rest. His chief took a closer look, saw something besides the fatigue Wheeler said he was experiencing, and upon further checking realized Wheeler’s heart was out of rhythm.

For Wheeler to find out more about his health, he needed information on his biological family. While varying levels of openness between biological and adoptive parents are common today, that was far from the case in 1968.

Nevertheless, the Wheelers made sure John and his older sister Suzanne, also adopted, knew they had other mothers “somewhere else” who loved them.

“I was raised to know I was created in God’s image and that’s where my identity comes from,” Wheeler says. “My parents … man, I was raised in the best, most godly home. Even growing up, I didn’t give them a lot of grief because I knew how good I had it. We didn’t have a lot of money, but it was the best home, and I knew I was blessed.”

Praying alongside his mother for his birth mom every night reinforced to young John the decision his birth mother had made on his behalf.

“I knew it must have been a horrible sacrifice … because she couldn’t provide the life she wanted for me. I loved her even though I knew nothing about her. Loved her to my core.”

But in 2007, after Wheeler grew tired fighting a major fire, he gained an extra reason for looking into his past.

“I wanted to know more about my condition and how my family medical history related to it, but couldn’t because my adoption records had been sealed,” Wheeler told Georgia Baptists’ Christian Index newsjournal. Through several attempts to reach various organizations, he found his records were in the possession of Compass of Carolina, a family and children’s services agency.

His only course of action, he was told, was to sign an affidavit authorizing his birth mother to provide information. This would only happen if she wanted to take the steps to seek out the records herself. Wheeler was told to not get his hopes up.

“I didn’t put much thought into it ever happening. I sent in the affidavit and forgot about it. I didn’t even tell my wife,” he recounts. 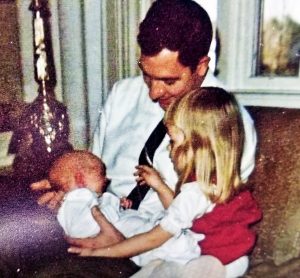 Pat Wheeler had told her husband Bill before they were married she wanted a big family. He was on board, but they waited so Pat could help her mother who had been diagnosed with cancer.

Later, the Wheelers found out conceiving children would be nearly impossible. Bill’s aunt and uncle asked if they had considered adoption. The Wheelers liked the idea and soon, Suzanne joined their home.

“Suzanne was the cutest kid, so much that I felt bad for other parents,” Pat says. “It was about two years before I realized all mothers felt that way about their children.”

In 1968 the Wheelers learned they’d been matched with a baby boy. After a few calls asking if he could be home by Christmas, plans were made for one final wellness check Dec. 24.

They named the baby John Curtis Wheeler, after Pat and Bill’s grandfathers.

Spurred by her experience in adoption, Pat became the first employee at the Bethany Christian Services adoption agency’s Greenville location. For 21 years, she worked with women with unplanned pregnancies.

“I’d encourage them to choose life for their babies,” she says. “Then I’d walk with them through the placement process and release.”

Sandra Stone says the policy of the location where she gave birth to John was for birth mothers to not hold their newborns being placed for adoption. It would be too painful. Perhaps through ignorance of that rule, however, a nurse allowed Stone to hold her newborn and even keep him for an hour.

“When I handed him back to her, I knew I likely would never see him again,” Sandra remembers. “I kissed him all over his face and told him how much I loved him. Then, when they were gone, I cried. I cried about it every night for a long time.”

Stone says that although she was raised in church, she wasn’t a Christian. Later on, she would understand how she was lacking a relationship with Christ. She also met her future husband, Larry, at church, being open about her past.

Now a mother of three, over time Stone nevertheless told her husband of her desire to learn something, anything, about the son she gave birth to in 1968. In 2010 she decided to go through the process of locating him.

Stone eventually came into contact an employee at Compass of Carolina on a Wednesday. That Friday, Stone’s phone rang again.

Stone’s son had filed the affidavit to receive contact from his biological family. Stone didn’t know yet how the woman who had raised him had encouraged John to file the affidavit, beginning the process to find his birth mother.

“She was the one responsible for him putting the affidavit in there,” Stone says.

But the law still stipulated no further information could be given — no meeting could take place — for at least 30 days due to required counseling. 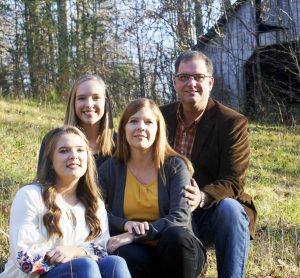 ohn Wheeler, his wife Lesley and daughters Emma and Sara, now have the support of his birth mother and adoptive mother. Photo submitted

At the end of those 30 days, Stone was told to expect a call.

“I was so nervous,” she recalls. “How would I be able to explain to him — why I gave him up for adoption? How do I make him realize I truly wanted him but also wanted what was best for him? I prayed for God to help me.”

A four-hour conversation — with many moments of tears — ensued, her at home and him at his office at First Baptist Waycross.

“We talked for two hours before I thought of asking what he did for a living,” Stone remembers. “When he said he was a minister, I just lost it.”

All parties were eager to meet. They learned how both the Stones and Wheelers lived 10 minutes from each other in Travelers Rest, north of Greenville. John’s sister, Suzanne, is practically a neighbor of the Stones. For several years John has taken youth groups to Centrifuge at North Greenville University, and when he was in college would regularly ride his bicycle on a road that went right behind his birth mother’s home.

They all agreed to gather in Savannah at an Olive Garden.

Sandra and Larry got there first. Though she’d never seen a picture of John, she knew it was him and ran to him.

“After all these years all I’d seen was that sweet baby’s face and couldn’t imagine what he looked like now,” Sandra told The Index.

“We hit it off,” said John, who calls Stone “Maw Maw.” “It was instantaneous.”

Sandra Stone and Pat Wheeler also hit it off, becoming best friends. Now, John has two mothers active in his life. They want to know how he’s doing, how his wife Lesley and their daughters are doing, how youth ministry is going.

“If I don’t call them two-three times a week, I get in trouble with those ladies,” he says. “They get along great and talk all the time. I’ve got two little old women minding my business and I love it.”

But recently John had to break some hard news to them.

In early April he went to the doctor with what he thought was a slight fever, thinking he had the flu. Instead, he was diagnosed with leukemia. Since then he’s gone through an initial chemotherapy regimen.

“Family” has become a much broader term for Wheeler. In addition to the extended family he met nine years ago, unwavering support has come from those at First Baptist Waycross as well as Ware County Fire and Rescue. In May, Station 1 of WCFR cooked over 250 Boston butts in a fundraiser for mounting medical bills.

“In my life I have never experienced the kind of love that has been poured out on our family from the amazing community in which I live!!” John wrote on his blog. “It is truly humbling and overwhelming to see in such a personal way the love of Christ being played out!!!”

If all goes well, he’ll receive a bone marrow transplant in August.

He’ll be in isolation for several weeks until his new cells build up. Then he’ll need to live in Augusta two or three months for someone at the clinic to check on him.

But if John has learned anything, it’s to never underestimate the love and faith of a mother. He knows it twice as well as most people. Two little old ladies won’t let him forget it.

“We’re going to see him through it,” Pat says.

Their words mirror a decision made in favor of life more than 50 years ago. As then, it’s a belief that even when times are tough, God is in control. And following that road can echo for countless others.