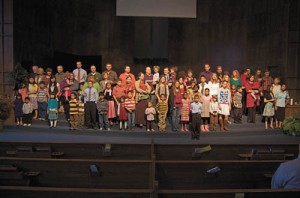 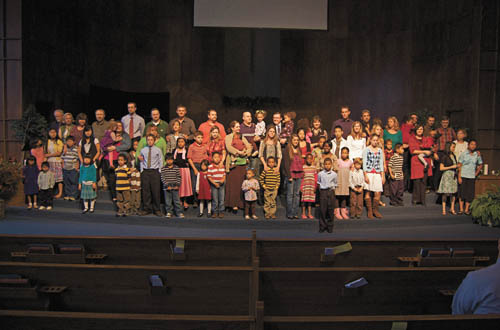 When Russell Moore, Dean of the School of Theology at the Southern Seminary, stood to preach at the historic First Baptist Church of Alexandria, Va. in 2004 (Jeremiah Moore, a distant relative, founded congregation in 1803) he spoke of the adoption of his two sons, Benjamin and Timothy, from a Russian orphanage. It was obvious that two little boys, once known as “Maxim” and “Sergei” captured the heart of he and his wife in ways that helped set the future direction of his life as a Christian minister. The aftermath of their adoption has become somewhat legendary among all who know him as the question “Are they brothers?” began to crystallize life for him as a husband, father, theologian and preacher.

What originally surfaced as an offensive question by many well-meaning friends actually worked to his advantage because it ushered in the opportunity for him to personally study the doctrine of adoption found in Holy Scripture while educating those who viewed adoption as something less than having one’s own children—an escape hatch of sorts for those who saw it as a last resort as their options for children dwindled down to this, a final decision to “settle” for adoption.

Moore’s latest book, Adopted for Life: The Priority of Adoption for Christian Families and Churches, has become the rallying point for an entire movement. No longer an obscure biblical doctrine and remote familial practice, this book has helped catapult adoption into the evangelical mainstream to such an extent that pastors are now preaching about it and even considering ways to activate their congregations toward action in adoption.

In this book, Moore’s understanding of the Gospel is quickly discovered.  He sees the doctrine of adoption as both “gospel” and “mission.” Refusing to sequester the Gospel into an academic orientation where the knowledge of the Bible is safely managed by middle-class Americans, he critically links doctrine with practice; thought with action. For Moore, adoption is a deeply theological issue.

Adoption as a formal Christian doctrine is classically rooted in the choice of God to love Israel as a treasured possession, “out of all the peoples who are on the face of the Earth” (Deut. 7:7-8).  By so doing, God continued to bring forth salvation for a people who would remain in covenant relationship with himself through the righteous provision of the divine substitute (Jesus) who would bear the sins of his people making both justice and grace a reality—thus establishing the status of adoption as children of God. These “children” are formally referenced in the prologue to the Gospel of John as those who are born, “not of blood nor of the will of the flesh nor of the will of man, but of God” (John 1:13). The Apostle Paul applies the doctrine when he speaks of the fatherhood of God as noted in true prayer where the Christian is instructed to pray “Abba! Father!” (Rom. 8:15).

Orphans—By the Numbers
Across the world, more than 140 million orphans under the age of 18 have lost one or both parents. Sub-Saharan Africa, with 48.3 million orphans, has the highest proportion of children who are orphans—almost 12 percent of the total population. Asia has the largest total number of orphans with 73.7 million, which represents 6 percent of all children. Latin America and the Caribbean have 10.7 million orphans, and more than 15 million children have lost a parent due to AIDS. That number is expected to rise to more than 20 million by 2010.

Domestically, more than 500,000 children are currently in the United States foster care system with more than 120,000 children currently waiting to be adopted. Approximately 50,000 children, or 18 percent of those waiting in foster care, are adopted each year with each child waiting an average of more than two years for the possibility of adoption.

Adoption and Orphan Care
Even when confronted with the reality of such intense need, the possibility of adoption as a viable option for children is met with a certain degree of ambivalence and even downright suspicion. Tony Kennedy, President of the Oklahoma Baptist Children’s Homes (OBHC), is always quick to state that the mere mention of adoption can easily move into highly emotional areas where some people see the very idea as something other than a blessing from God. Historically, adoption “was viewed as a way to forcibly take children away from their parents and into another culture other than their own,” he said.

Kennedy believes that the perception of adoption as being a dreadful option of last resort can be seen in modern pop culture as well.

“Think back to the movies you have seen,” he says. “Has the birth mother who gives a child up for adoption ever been portrayed in a positive light?”

Kennedy concedes that while his agency continues to facilitate adoption as an option for many of those who seek the services of one of the largest ministries of the Baptist General Convention of Oklahoma, the need far surpasses the resources of the organization. Yet an intentional strategy developed in coordination with Hope Pregnancy Centers (the agency’s crisis pregnancy centers owned and operated by the OBHC) has resulted in nurturing a culture of adoption for many young mothers at a time when adoption is often the best option for both the mother and the child.

Empower Me, a program administered under the auspices of the OBHC, is the driving force behind advancing adoption in an environment of safety, support and legal protection. Legal authorities were often quick to restrict the mention of adoption to young mothers in crisis fearing that undue influence would result in pressure to pursue an option that might result in advancing a pro-life option—particularly adoption more than abortion. Through Empower Me, however, legal hurdles have been removed and a path for mothers is now available which helps them from the time they enter the facility to the time they actually participate in adoption proceedings.

“Adoption is the most unselfish choice that a birth mother will ever make,” Kennedy states. “And Empower Me is the way we care for those entrusted to our care to make sure that everyone is cared for in a way that honors the Lord.”

The Local Church and Adoption
When Ryan Polk, associate pastor of Norman, Trinity, first contacted the OBHC regarding adoption, he wasn’t sure what would come of the inquiry. Five years later, his son, Cooper, is the answer.  Not only Cooper, however, but Marin as well, who is now 3 years old, and who was adopted from another adoption agency. Polk and his wife, Kara, have been married for 9-½ years and see the adoption of their children as one of the greatest blessings of their lives.

Adoption, however, is not easy. The sheer amount of paperwork (often referred to as a “paper pregnancy”) and the cost can often drive away potential parents who desire to adopt. For Polk, the local church has remained the constant partner in his family’s efforts to adopt his children, and the congregation has taken tangible steps forward to establish, maintain and grow a culture of adoption.

Ronnie Rogers’ sermon on Nov. 8 in coordination with National Orphan Sunday began with a challenge to his congregation.

“One of the reasons the Lord may have you at Trinity is for the consideration of adoption,” he states.
By all indications, it has been a reason for many members of the congregation. In addition to Polk, his fellow staff member, Randy Pressley, has adopted nine children. A total of 17 families in the congregation have become adoptive parents,  resulting in almost 50 children finding homes among the people of Trinity Church. It is a trend Rogers hopes will continue. Children have been adopted from China, Korea, Guatemala, Cambodia, Haiti, India and the United States.  An adoption fund has been established which seeks to defer the cost to families who desire to adopt.

From Romans 8:15, Rogers echoes Moore’s statements that adoption is a matter of ultimate theological consequence. Adoption is the culmination of the salvation God has given to each of His children. Likewise, Polk hopes adoption “will become part of the Convention’s resources—both educationally and financially—for parents who desire to adopt.”

Anthony L. Jordan, BGCO executive director-treasurer, himself an adoptive parent, desires that “the Convention do a better job challenging people to reach out to the thousands of children in the foster system.  These children need a loving Christian home,  and many become available for adoption.”

Jordan is convinced that “we need Baptist families dedicating themselves to the challenge of foster parenting.”

Aware of the challenge and the investment required of anyone who will reach out to orphans or those in need of family, he believes that the rewards far outweigh the risks.

“Ask any family who has taken this step, and they will tell you it is worth every trial,” he said.