ACC continues to share the Gospel with children campers 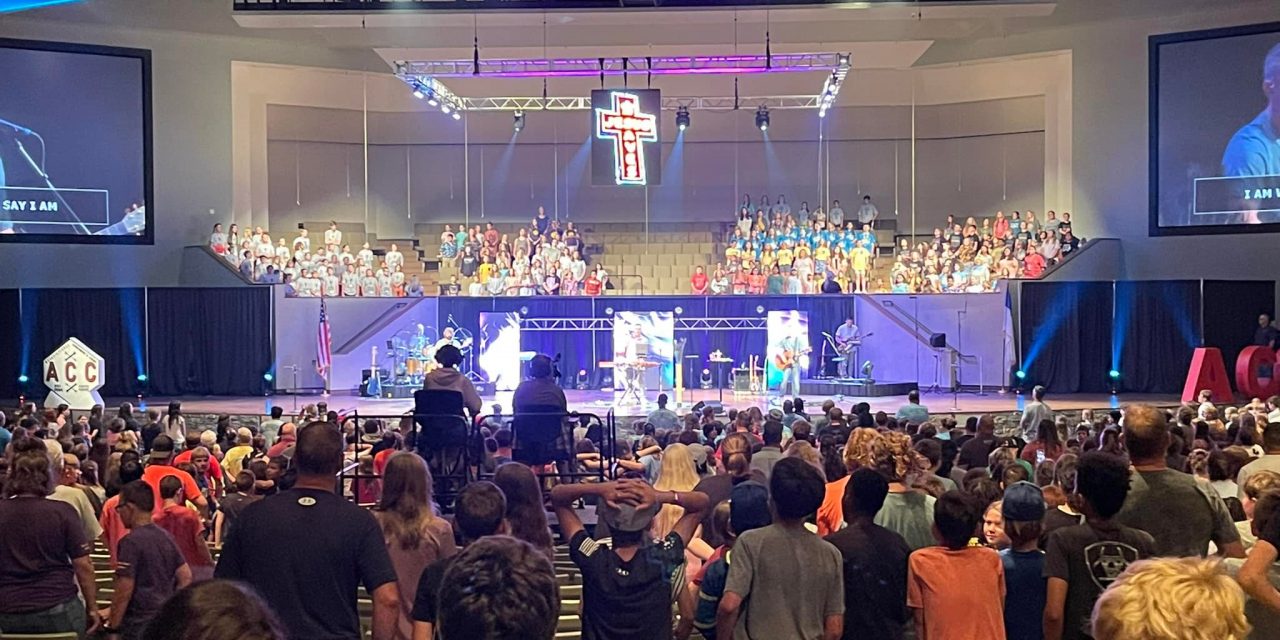 Above: Worship services at ACC is a major focus for campers. The theme ‘Jesus Saves’ is shown above the stage in the shape of a cross.

DAVIS—Associational Children’s Camp (ACC) has been around since 1980 and usually kicks off the summer camp schedule for Oklahoma Baptists. Fifteen different Baptist associations sponsor ACC, which happened at Falls Creek Baptist Conference Center in two sessions, May 29-June 1 and June 1-4. 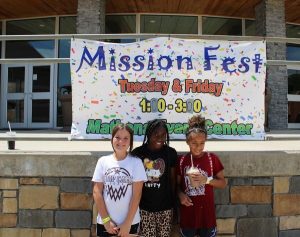 Mission Fest is a highlight at ACC.

More than 5,300 campers attended ACC, which is designated for children who finished third-sixth grades. Preston Collins, director of mission in Union Association, served as ACC program director this year and explained the reason ACC exists for Oklahoma Baptists.

“Our purpose is to communicate the Gospel in a way that can be clearly understood by this age group,” Collins said.

The Gospel message was clear in the theme of ACC, which was “Jesus Saves,” based on Luke 19:10, “For the Son of Man has come to seek and to save the lost.” Through both sessions of ACC, there were 797 total spiritual decisions made with 455 campers making professions of faith in Christ.

Collins mentioned ACC always has a missions emphasis as well with the camp’s Mission Fest, an afternoon event in Falls Creek’s Mathena Family Event Center, that features numerous missionaries who share about their work. More than 1,300 campers in both sessions combined attended Mission Fest this year. 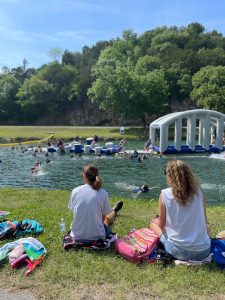 Swimming in the entry pool at Falls Creek is always a fun time.

“The offering that was taken at ACC will help provide food for children who many of them with their mothers had to walk to leave where they have lived because no food was available,” Collins said.

ACC campers also had the opportunity to create cards to send to refugee children from Ukraine. These card offered messages of “hope, encouragement and prayers,” Collins said. More than 500 cards were collected from ACC and shipped to IMB personnel in Europe in those countries where Ukrainian refugees have gone (read more about this Ukrainian missions project from the perspective of Ukrainian kids receiving the gifts).

Evangelist Kolby King served as camp pastor during both sessions of ACC.

“Kolby works with churches with tools to help communicate the Gospel to children,” Collins said. “His messages were receptive by kids, and they were messages based on helping kids know that God is real, God loves me, and that the only way to be saved is through Jesus.”

King has been ACC pastor for previous camps.

“I love speaking here,” King said about being ACC pastor. “I addressed some questions that kids have today. Questions about salvation, heaven and how they can be a light to a dark world. They don’t have to wait until they are older. They live on a mission field with the most reachable age group in America. If these kids shine Jesus and share Jesus they can reach people in an amazing way.”