A rose by any other name… 22nd annual Rose Day blooms 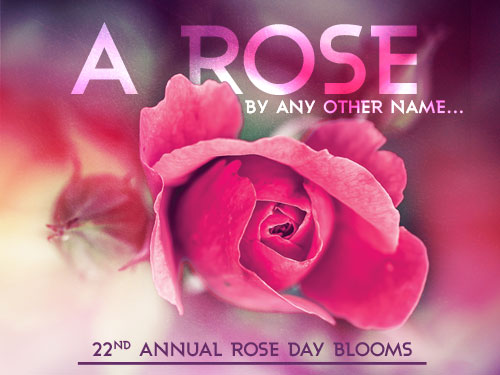 At least it did Feb. 6, as thousands of Oklahomans gathered at the State Capitol to present roses as a symbol of life to their legislators and participate in a pro-life rally.

The 22nd annual Rose Day, sponsored by the Baptist General Convention of Oklahoma in collaboration with Oklahomans for Life, Catholic Charities, Americans United for Life, Oklahoma Pregnancy Network, KQCV and Oklahoma Family Policy Council, was without incident even though the featured speaker was under tight security, and threats of protest loomed over the annual event.

Lila Rose, a recent graduate of UCLA, is founder of Live Action, a pro-life nonprofit specializing in exposing abuses in the abortion industry and advocating for human rights for the pre-born. Live Action uses undercover investigations to expose the actions of Planned Parenthood.

Rose, a California native and one of eight home-schooled children, said growing up she was loved and protected while being taught that life was precious.

“When I was about 9, I was looking for a book to read, and came across a book on abortion,” she revealed. “In the center of the book were shocking images of a fetus, maybe 10 weeks old, who had been the victim of a first trimester abortion.”

She said she learned there were 3,000 abortions happening in our nation daily, and that it is an injustice that affects everybody.

“I started praying God would use me to save lives,” she said. “There is a burning fire, a crisis in this nation, and God wants to use all of us.”

Rose’s concern led her to found Live Action when she was just 15.

She noted that a couple of years ago, she was speaking at a church in Los Angeles, when a woman walked in during the middle of her talk. Afterwards, she introduced herself as a member of the board of Planned Parenthood Federation of America. She told Rose, as a mom, she had some advice for her—from now on she should use the term “pro-choice” rather than “pro-abortion.”

Rose pointed out that abortion does anything but empower women.

“Apart from partisanship or religious affiliation is a desire to love and be loved and to see persons in the eyes of a loving God,” she said. “If government isn’t defending human life, what is the point?”

During the last five years, Rose and her organization have attacked the abortion industry head on, setting up women posing as 13-year-old girls to telephone clinics, indicating older men were responsible for their pregnancies and asking advice.

“In 91 percent of the calls, the abortion clinics said they would take care of the problem with a secret abortion, even though the girls were underage and were sexually abused,” Rose said. “Children are being given abortions and then sent back to their abusers.”

As she started to promote what was happening in the clinics with videos, she received threats from Planned Parenthood.

“At these clinics, women are given atrocious medical information to trick them into thinking abortion is a good idea,” she said.

Rose added that we don’t understand what this culture of death is doing to our nation.

“What we are fighting for is so wonderful,” she expressed. “There is nothing more important to fight for but life, from conception to death. There is nothing greater in creation than a human being. If you save just one life or help someone to understand the value of life, isn’t it worth it? We will not give up until every life is protected.”

Lamb told the pro-lifers that Rose Day is the most encouraging day at the State Capitol.

“There is a great challenge before us, but you are encouraging us, telling us you are praying for us and for life,” Lamb said. “My focus has been on economic development, but all that is for nigh if the womb is not a safe place to be. Oklahoma has become a much safer place to be in the womb with the opportunity to be born.”

Introduced as a strong pro-life governor, Fallin said when she became a public servant 23 years ago, there weren’t that many legislators who took a stand for life, but “it’s because of you that we’re where we are today—the second most pro-life state in the nation.”

Fallin emphasized that she has always believed in the sanctity of human life, but for her, it is not only political, it is personal.

“As a young businesswoman and mother of a 3-year-old, I was concerned about issues and decided to run for the state House of Representatives,” she recounted. “As I was campaigning, a man came up to me and asked if I was pro-life or pro-choice. I hadn’t thought much about it, but told him I was pro-life. He asked me what would happen if I became pregnant while running for office. He said I wouldn’t be elected, so I should rethink my position.”

As the campaign progressed, Fallin thought she had the flu and went to the doctor, who told her she was pregnant.

“I was right in the middle of a campaign, and eight months pregnant on election night. Thirty days after winning the primary, I gave birth to a 9 lb. 1 oz. baby boy,” said Fallin, lifting up a photo of her “campaign baby,” who is now a senior at the University of Oklahoma.

Through her service in the Oklahoma House, as Lt. Governor, Congresswoman and now Governor, Fallin said taking a position on where you stand on issues matters.

“No life is worth destroying for convenience,” she said. “Life is a gift from God. My son was no surprise to God. I’m proud we’ve been able to sign pro-life legislation during my administration. It’s all because of you, your faithfulness and hard work.”

Rose Day 2013 was closed in prayer by Anthony L. Jordan, executive director of the BGCO, a long-time pro-life advocate, who said he remembered standing on the steps of the Capitol some 30 years ago in the early days of the pro-life movement.

“It’s awesome to see all these young people here today,” he mused. “We still need the old gray haired, but these are the face of the pro-life movement today.”