A new ‘Day’ for Capitol Ministries 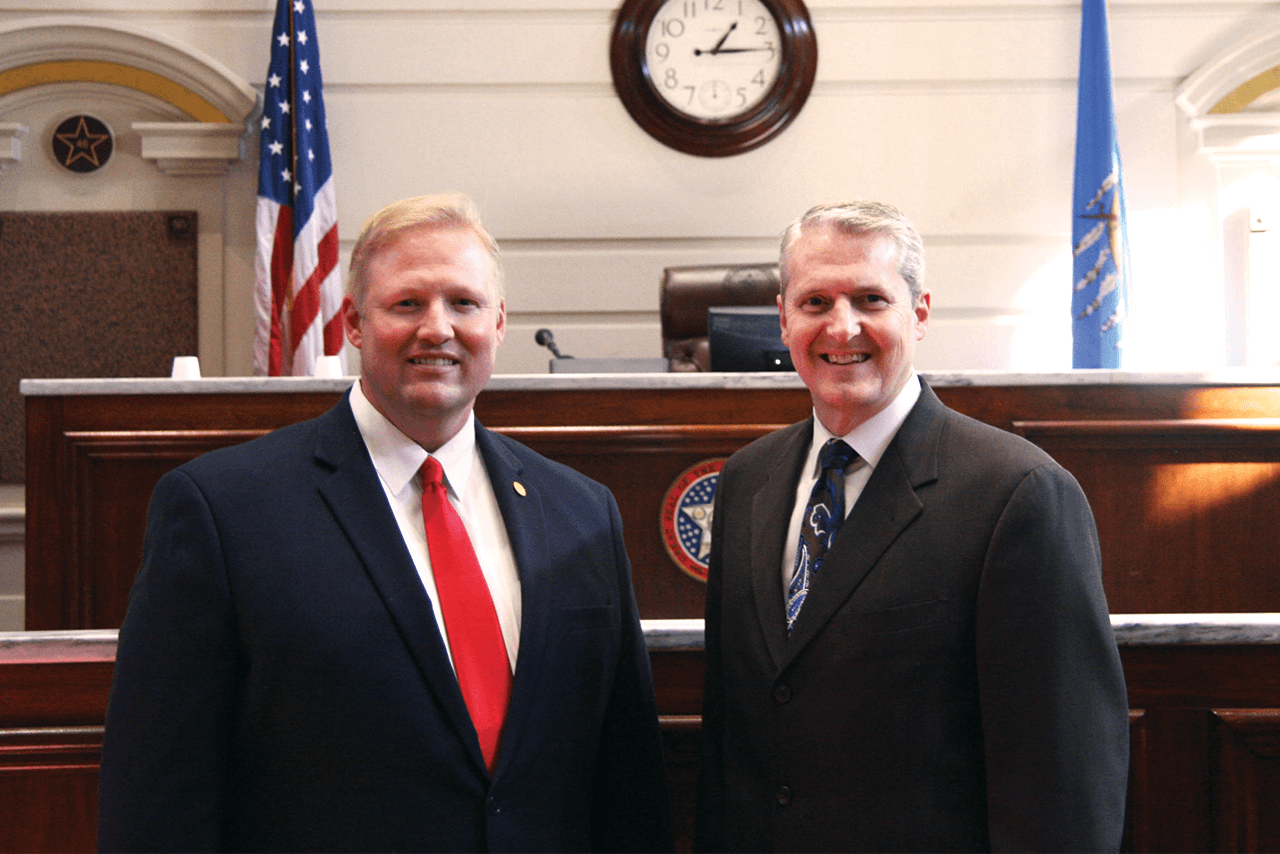 Cheyne Day, left, and Doug Melton meet at the Oklahoma State Capitol. Day will replace Melton as leader of Capitol Ministries in Oklahoma in Feb. 2019. Melton led the ministry for six years.
[Photo by Chris Forbes]

A Bible study and ministry to legislators at the Oklahoma State Capitol which has been led for the last six years by Doug Melton, pastor of Oklahoma City, Southern Hills, will make a transition in February 2019 to the leadership of Cheyne Day, son of the late Alan Day, former pastor of Edmond, First.

In 2012 Capitol Ministries, a national ministry founded by Ralph Drollenger with the mission of making disciples of Jesus Christ in the political arena throughout the world, launched the Bible study in the Oklahoma state Senate.

Melton explained that the ministry is nonpartisan, leaders from both sides of the aisle participate, “I am here as a minister of the Gospel,” he said. “I am not an arm of any political party. I am not here to advance any political agenda, I am here for the Gospel and to see people come to know the Lord and to be discipled and we have seen that happening.”

Over the years the ministry has grown from about a half-dozen attendees to a high attendance of 30. Participants in the Bible study are state senators, representatives, Sergeants in Arms from both chambers, staff members and legislative assistants from both houses.

Melton continued, “During the 2018 session, I began sensing the Lord’s leadership that it was time for me to step out of that role. I thoroughly enjoyed it. I always looked forward to spring when the Senate session would come and we would be able to meet. Then this last summer, I was elected as a trustee to the International Mission Board, and a requirement for the role involves a lot of travel. It became clear that it was time for me to step aside.”

Capitol Ministries plans to expand the Bible study leadership role to a more full-time position, so that deeper relationships with Capitol leaders can develop and so that the ministry can expand to serve constitutional leaders, such as Supreme Court justices and other judges. This ministry expansion would be funded by the generosity of donors supporting the ministry.

To reach the goal of expanding the ministry, Day has started the transition into the leadership of the study. Day, who currently lives in Benton, Ark., will be working to move his family back to the Sooner state. “Originally, when I began with Capitol Ministries, I was going to serve in Arkansas,” he said. “But when I learned of the need here from Doug, when we saw each other last year in Washington, D.C. for a training for Capitol Ministries, we got to talking, and when he realized the Lord was leading him on to other things, he and other leaders from Capitol Ministries, thought of me as one who could come in as someone with Oklahoma ties and continue the ministry.”