A ‘kind and caring’ Oklahoma Baptist leader, Hawkins dies at 83 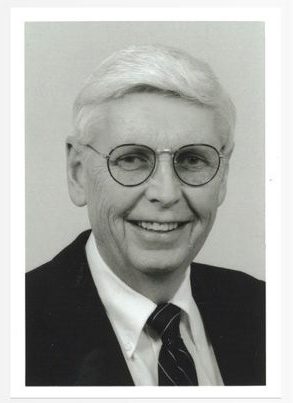 He once joked that he was “bookkeeper” for 1,650 Oklahoma Southern Baptist churches. William “Marlin” Hawkins, 83, died Friday, June 21. Funeral services were June 25 at Bethany, Council Road. 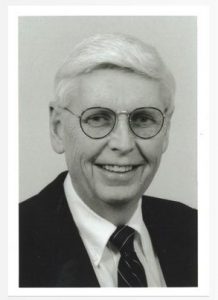 Hawkins served Oklahoma Baptist life in many roles, but his most notable position was controller for the Baptist General Convention of Oklahoma (BGCO), while working at the Baptist Building for 25 years. The Dill City native worked for three BGCO executive directors and held three titles—director of accounting, business director and controller.

After working many years in the oil industry, Hawkins was ordained to the Gospel ministry in 1974 and served at Glorieta Conference Center in Glorieta, N.M. and as administrator of education at Duncan, First, before working for the BGCO.

The Baptist Messenger reported Hawkins’ retirement as BGCO controller in the Sept. 14, 2000 edition. “I thank the Good Lord that He led me into this work 25 years ago, because I believe I’ve had a part in seeing the Gospel of Jesus Christ sent around the world, and for that I’m grateful,” Hawkins said, in the Messenger article.

Hawkins also served as BGCO historical secretary and was an advisor to the boards of the Baptist Foundation of Oklahoma and Baptist Village Communities.

“(Hawkins) established all the original forms that we now use, whether electronic or paper, because there were none when he came,” Russell said. “He knew more about accounting than anybody who preceded him, and his goal was to teach me everything he knew, so I could follow him someday because that was his goal from the very beginning.

“Marlin was very articulate, a very good writer, very discerning, very approachable,” Russell continued. “He was comfortable in the ministry, comfortable in the church. People loved being around him and loved the stories he would tell. There’s never been anybody like him who could do preaching, lead a conference and also do his main calling which was accounting.”

According to Hawkins’ obituary, “Marlin never met a stranger. He would seek out visitors at church and welcome them with open arms. He always had a contagious smile that can brighten anyone’s day. He loved his family and would do anything for them. Many people would remark how they enjoyed his sermon called ‘Plowing Out The Corners.’ Marlin was an honorable courageous Christian who had a kind and caring heart.”

Hawkins was preceded in death by his two sons, Mike and Stacy. He is survived by his wife Patsy, four grandchildren and two great-grandchildren.