A foster story authored by God 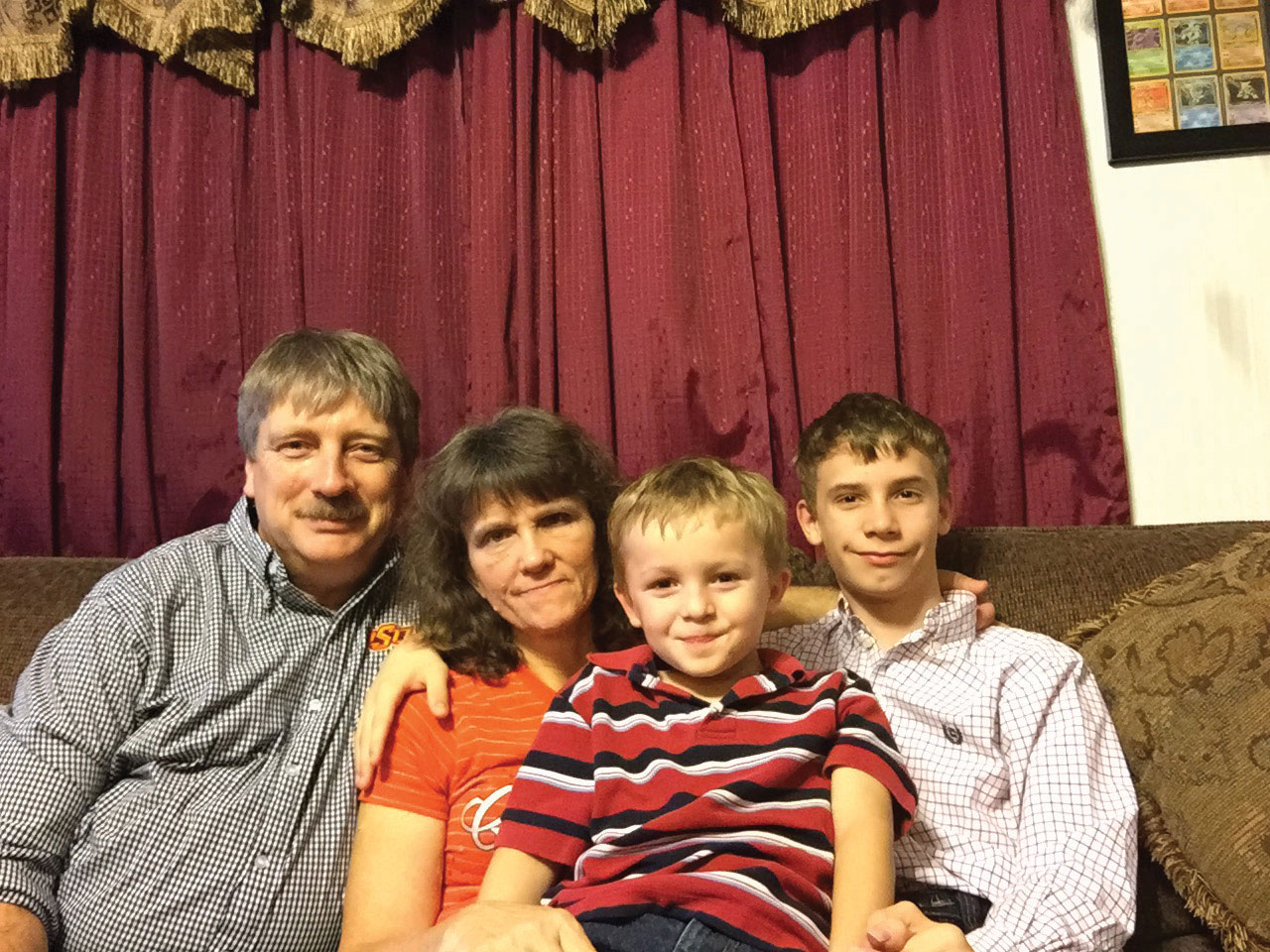 STILLWATER—Bobby and Molly Edwards are models of God’s mandate in James 1:27 to love and care for those whom society often neglects.  Since 2006, they have opened their home and hearts to almost 60 foster children. Molly herself was adopted through the foster system, and her parents hosted 101 foster children in their home.

Their story may sound like a Hallmark movie, but it is one that only God could author.

In 2005, Bobby and Molly’s troubled oldest son left home at the age of 15.  On Oct. 2 that year, their compassionate, God-loving middle son Tommy died unexpectedly from hydrocephalus.  They were devastated.  They struggled to find the new normal in their lives.

Molly returned to her work at a daycare, and Bobby trudged through the days as an assistant supervisor of facility management at Oklahoma State University.   When the couple learned that the girlfriend of their estranged son was pregnant, and unsure who the father was, their grief was still too overwhelming to even worry about it.

In October 2006, a couple brought a 15-month old foster child into Molly’s class.

“He walked in and grabbed my heart,” Molly recalled, “and I had no idea why.”

After visits to the daycare, Bobby also fell in love with him, and the couple’s daughter, Samantha, who volunteered there asked her parents to adopt him.  In July 2007, Molly prayed that if it were God’s will, He would somehow make the child theirs.

They knew that Tommy would want them to share the love they had for him with a child in need, and somehow find beauty among the ashes.  Two days later they were told that DHS had removed the child of their oldest son’s girlfriend.  Molly began to ask questions about the toddler.

In a plot twist that only God could orchestrate, it was the same 15-month-old little boy who had marched into her daycare and captivated the hearts of her family.  DNA testing confirmed that Molly had unknowingly been taking care of their grandson for the last nine months.

They rushed to complete the required foster parent training and on Oct. 2, 2007, two years to the day after Tommy’s death, the family brought Tony home as a foster child.

This was only the beginning of the work God planned for them. In 2014, they adopted Robert, another one of their foster children, and in 2015, Tony’s adoption became final. They currently have four foster children and plan to minister to many others.

Their daughter Samantha now works for DHS.  The Edwards’ home continues to be a revolving door for children in need.  They haven’t had to minister alone. Molly and Bobby received much support when they were members at Stillwater, Eagle Heights.

Pastor Brent Prentice said the couple, “is an example to us all of what it looks like to consistently, joyfully and sacrificially give their lives to hurting people. Our goal as a church is to be more than just pro-birth; we must be as pro-life as possible. It is not enough just to be known for being against a tragedy like abortion. In word and deed we have to be for the vulnerable unborn, and hurting mothers and fathers.”

Through their obedience, God has given the Edwards family an opportunity to minister to parents and children who have lost all other support.  “I was never good at witnessing in a traditional way to people,” explained Bobby, “but foster care has allowed me to share Christ in a different way with so many people.  We love to take in these babies.  I watch them change from being frightened of me, to climbing in my lap and loving on me.

“These families don’t want to be in the situation they are in,” he continued. “Most of them aren’t bad people; they just don’t know any better. They are all searching for something.”

He prays that their influence will affect how these children see family, and that the little girls will grow to understand God’s role for men in their lives.  Bobby and Molly realize that sanctity of life extends beyond the womb.  They show to these children that their lives have value and hope that by doing so, they can break the vicious cycle.

View all posts by Kristi Prince