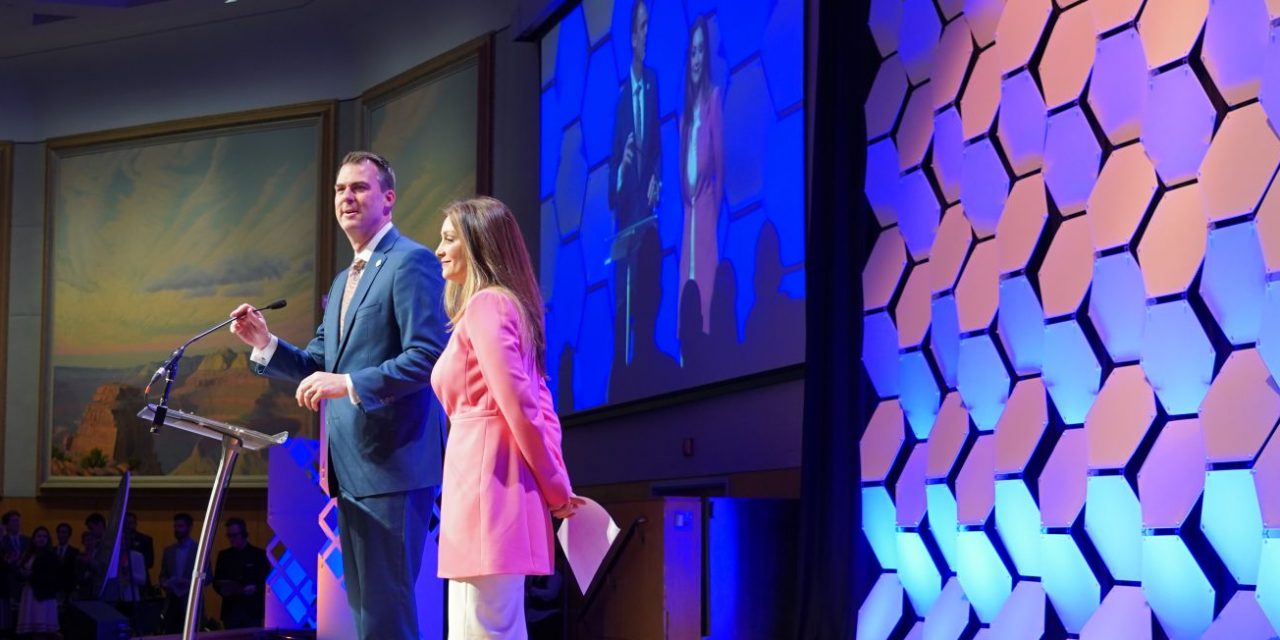 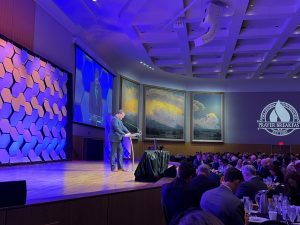 The event first originated as an idea from Oklahoma Gov. Kevin Stitt and his wife Sarah while they attended the National Prayer Breakfast years back.

The event brings together people from various denominations and focused on a theme of “Uniting Oklahomans through prayer.” 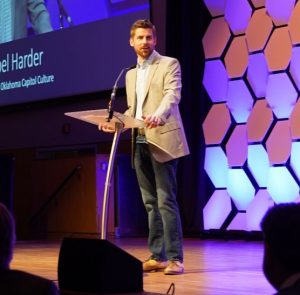 Harder urged attendees to pray, quoting 1 Tim. 2:1-2: “I urge that petitions, prayers, intercessions, and thanksgiving be made for everyone, for kings and all those in authority, so that we may lead a tranquil and quiet life in all godliness and dignity.”

Times of prayer for various elected officials were observed, including a prayer offered to the Lord by Oklahoma Baptists’ Executive Director-Treasurer Todd Fisher.

Tennessee Gov. Bill Lee, through a video message, greeted the gathering and introduced the keynote speaker, Tennessee Pastor James Lowe. Focusing on the power of prayer amid troubled times, Pastor Lowe shared how the Lord worked in his home state in the aftermath of George Floyd’s killing. 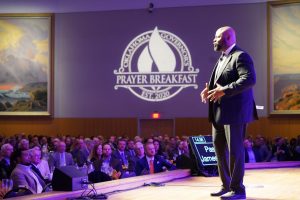 Pastor James Lowe was the keynote speaker at the Governor’s Prayer Breakfast.

Quoting 2 Cor. 5:20, Lowe talked about followers of Christ, that “we have a ministry of reconciliation.” Attendees joined in various times of prayer. The event also included various videos, including about the ministry work among Oklahoma’s incarcerated population, as well as a concluding song “When We Pray.”