SHAWNEE—Oklahoma Baptist University (OBU) was abundantly represented on the All-Central States Football League (CSFL) team released Nov. 25, despite being shut out on the superlative honors.

Estes and Gilbert are repeat First-Team All-CSFL award winners and join Clark as the only Bison to earn two First- or Second-Team All-CSFL distinctions as OBU exits NAIA football. 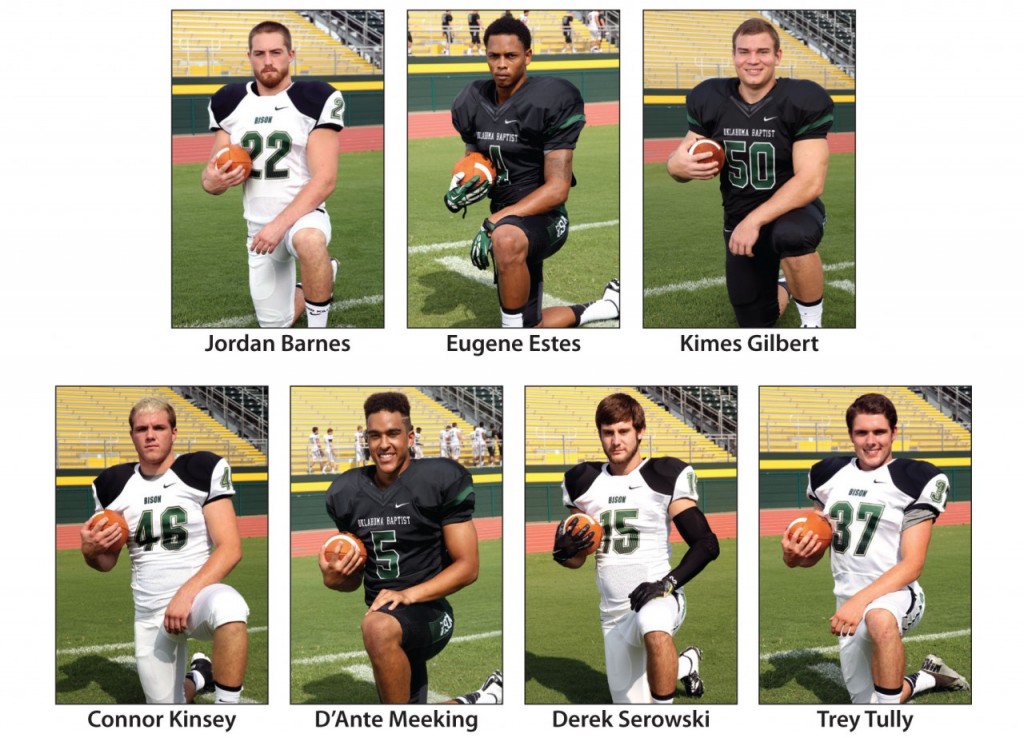