The 2020 Rose Day Pro-Life Rally is set for Wed., Feb. 5 and is expected to draw more than 1,000 supporters from across the state.

Rose Day, now in its 29th year, is organized by Oklahoma Baptists and other pro-life organizations, who are asking pastors and church members from across the state to attend.

“In the nearly 30 years of Rose Day, important legislation has been passed that has helped save lives. There is so much more we must do to end the barbaric practice of abortion in Oklahoma. We are asking Oklahoma Baptists to step up, to be part of Rose Day,” said Blake Gideon, senior pastor of Edmond, First who is serving as Oklahoma Baptists’ president.

Rose Day takes place during the beginning of the new legislative session. Attendees are encouraged to present red roses to their elected officials—representative, senator, Lieutenant Governor and Governor—as a positive symbol of protecting unborn lives. 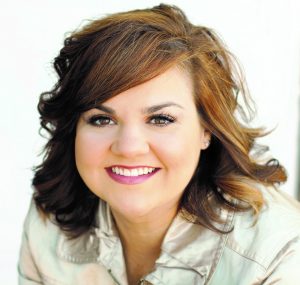 The 2020 event will feature Abby Johnson, who previously directed a Planned Parenthood center in Texas before becoming a pro-life spokeswoman.

Johnson, who spoke at Rose Day in 2012 said, “For eight years, I ran an abortion clinic. It provided abortions up to 25 weeks (in the gestational period). I worked for Planned Parenthood until 2009, and they trained me in media correspondence. Little did I know at the time that I would later use that training to oppose them in public.”

Johnson’s life changed in September 2009 when she saw something that changed her stance on abortion for good.

“I had justified my sin and participation for years,” she said. “But God put something in front of my face that changed me.”

Johnson was asked to assist in an ultrasound-guided abortion procedure. On the ultrasound screen, she saw a 13-week baby in the womb fight for his life.

“What I saw on the ultrasound was a child who was frantic, struggling for his life. The place that was the safest became the least safe,” she said. “There we were with scrubs in that (operating) room. The boy did not stand a chance.”

“Nobody stood up for him. This happens 4,000 times a day in America,” Johnson said.

The baby’s life was taken, but the tragedy led Johnson to resign the next month. She has since become a leading pro-life advocate.

“Educating families on the value of life has never been more critical than it is today. Abortion in Oklahoma rose 12 percent in 2018 compared to 2017. This 12 percent increase led to a total of 5,014 children—more than all the children in the Ponca City school district—who were robbed of the opportunity to take their first breaths,” they said.

To take part in Rose Day, Oklahoma Baptists and others may come to the Capitol at 9:30 a.m., with red roses as a symbol for life, and deliver a life-affirming message to lawmakers.

At 11:30 a.m., in the House Chamber, an indoor rally takes place, where attendees will hear from Johnson and others.