NASHVILLE, Tenn. (BP)—The theme and the officers for the 2023 Southern Baptist Convention (SBC) Pastors’ Conference have been announced by conference president Daniel Dickard.

The theme for the conference, scheduled for June 11-12 in New Orleans, will be “Character Matters in Ministry: Beatitudes of a Pastor.” Eight speakers will preach through the Beatitudes found in Matthew 5.

Dickard, pastor of Greensboro, N.C., Friendly Avenue, also announced a slate of pastors serving as officers for the conference in a Twitter thread on Friday, July 1. 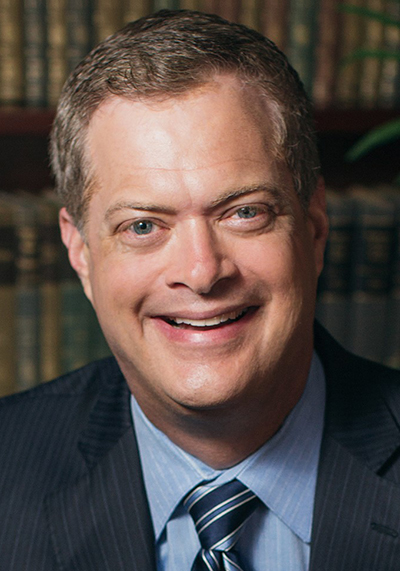 Dickard spoke highly of both men.

“Dr. Rummage is a well-respected SBC pastor who is committed to biblical truth & expository preaching,” he said. “I told Dr. Rummage that he should be the president and I should be his 5th Vice President. I appreciate that no office is beneath this Godly and humble pastor.” Rummage served as SBC Executive Committee chairman from 2016-2018.

Dickard added that Keatts “will serve with great integrity and humility.”

Additionally, Kenny Lamm, lead worship ministry strategist for the Baptist State Convention of North Carolina, will lead the worship selection team, and a group of Southern Baptist pastors will assist Dickard in selecting speakers for the conference.

Before Dickard was elected president of the conference, he announced the slate of pastors he would appoint to help him select next year’s conference preachers.

Dickard said he will select the speakers from among nominations submitted by his team, and he listed a few criteria he’s looking for.

“Selected speakers must be a member of a Southern Baptist Church, be men of credible character, possessing a proven track record of integrity as defined by 1 Tim. 3:1-7; Titus 1:6-9, and evidence the fruit of the Spirit in their personal, public, and ministry life,” he said.

They also must be “men who are biblical inerrantists, devoted to the authority and sufficiency of Scripture, and demonstrate a commitment to biblical expositional preaching.

“Men who are doctrinally sound, as evidenced by their commitment to the BF&M 2000, and men who are encouragers to pastors.”

In addition to the eight speakers offering messages about each Beatitude, Dickard said he will name nine additional speakers to give 10-minute talks under the theme “Personal Lessons that Kept Me Going in Ministry.” Each of these speakers will be Southern Baptists with more than 25 years of pastoral experience.

Beyond the announcement of the theme and officers, Dickard also mentioned initial discussions he and his team have had about the possibility of developing governing documents and bylaws for the conference.

“This is an ongoing conversation, and we are both hopeful and expectant to bring forward governing documents to be voted upon in New Orleans,” Dickard said. “We will solicit input from previous SBCPC presidents in the weeks and months to come.”

Dickard said he and his team will be offering updates each month and will be developing ways to raise funds through partnerships with state Baptist conventions.

He asked fellow Southern Baptists for support not just financially, but through prayer as well.

“We hope your church will consider a small one-time gift to the Pastors’ Conference endowment, in addition to your church’s faithful and on-going contributions to the Cooperative Program, Lottie Moon, Annie Armstrong, and similar SBC funding programs,” he said. “Please pray for our team as we prepare for New Orleans.”