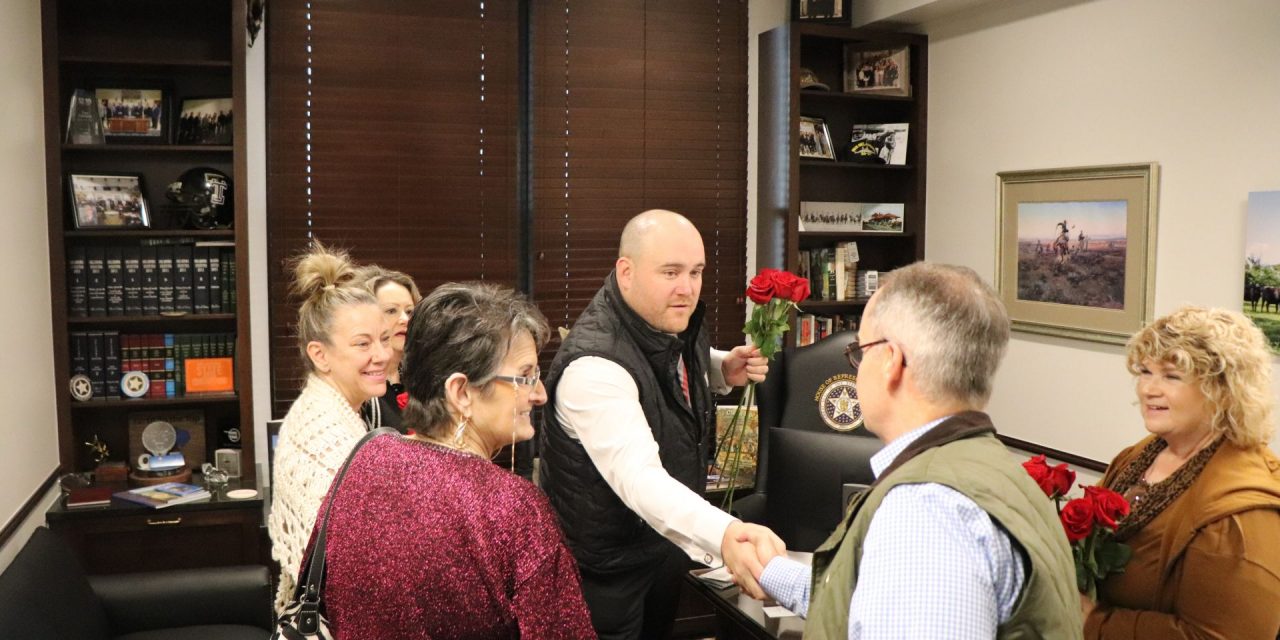 Hundreds of pro-life citizens from across the state came to the Oklahoma State Capitol to take part in the annual Rose Day Pro-Life Rally. 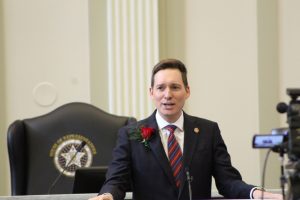 Rose Day attendees of all ages brought red roses and a message for their lawmakers, urging them to approve policies that work to end legalized abortion and protect unborn life. 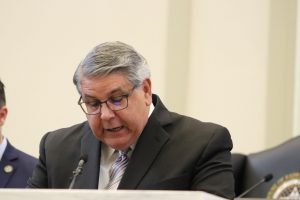 Fisher gave a charge to attendees to rally for life, making his first speaking appearance at Rose Day. 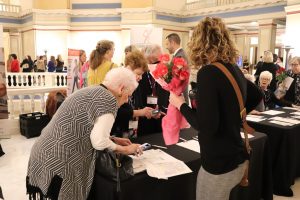 “I can personally attest to the strength of Southern Baptists’ commitment to the unborn,” he said. “Oklahoma Baptists have been honored to be part of Rose Day for the last 30 years, an event which makes not only an important statement, but also makes a real difference. It’s that shared commitment—to make a difference for the unborn—that brings us here today.

“Today at Rose Day, we rally for life,” Fisher continued. “But I would leave you with this challenge. Think about what you can do after today. For some of you, it’s time for you to redouble your efforts to pray for the unborn and for abortion vulnerable women and men. For others, it’s finding like-minded individuals in your church and combining your efforts with theirs to give, pray and serve. For others of you, the next step God has for you is becoming a volunteer at your local pregnancy help ministry. For many others, it’s taking a step toward foster care or adoption. What can you do after today?” 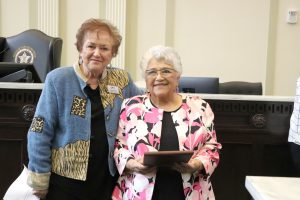 The Rose Day Pro-Life Champion Award for outstanding efforts to protect unborn life was presented to two individuals. Barbara Chishko, founder and chief executive of Willow Pregnancy Support, a pregnancy resource center, and Susan Russell, a volunteer with Hope Pregnancy Centers, each were recognized for their efforts and to applaud all pregnancy resource ministry efforts. 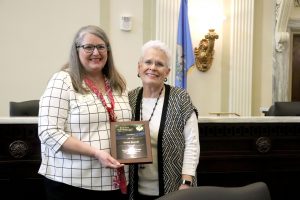 “Rose Day is unique because it brings together so many faith groups and pro-life organizations,” Hobbs said. “I’m so thankful for Rose Day and for other anti-abortion, pro-life events that are making an impact toward ending legalized abortion in this state and nation. At the same time, Rose Day has had a unique impact through the years, in bringing people together for the lives of unborn girls and boys.”

In coming weeks, video of the 2022 Rose Day event will be available online at roseday.life.