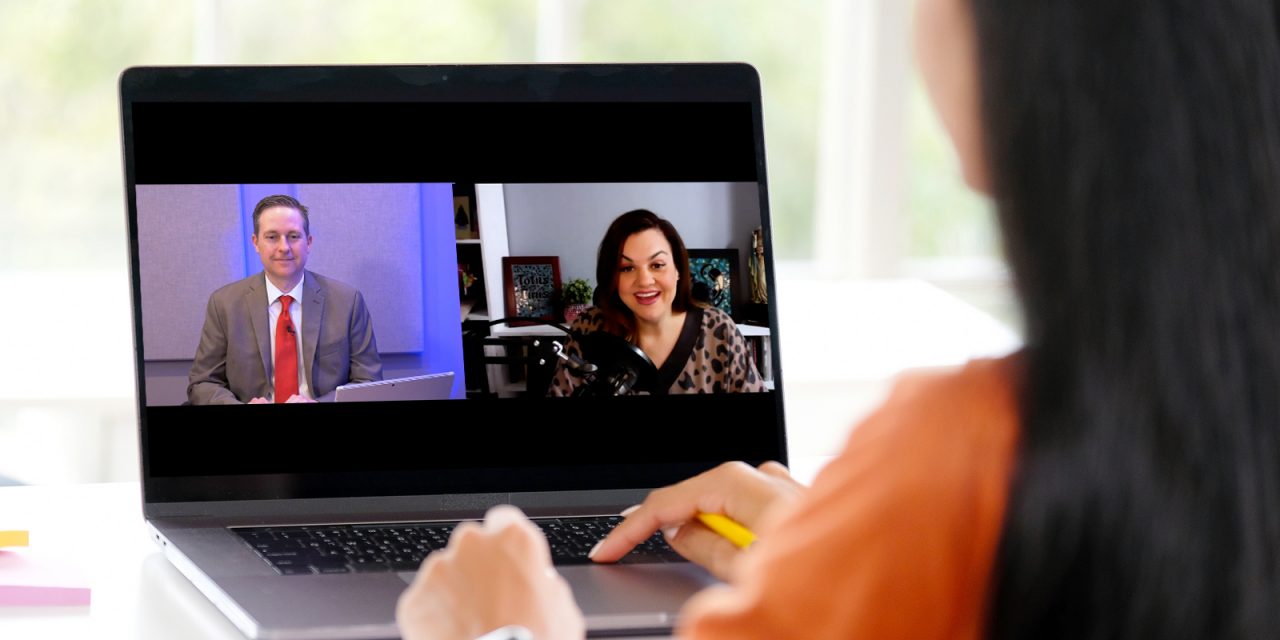 Pro-life faithful from across Oklahoma tuned in online Feb. 3 for a special livestream presentation of the 2021 Rose Day Virtual Pro-Life Rally.

Rose Day, the largest annual pro-life gathering in Oklahoma that has occurred each year at the Oklahoma State Capitol for nearly 30 years, brings together pro-life citizens and people of faith to advocate for the unborn amid a culture of abortion.

The 2021 event was an online/virtual only event, and the program featured video messages, prayers, inspirational videos and more resources.

Oklahoma Gov. Kevin Stitt, in a recorded video greeting said, “You have heard me talk about Oklahoma being a top 10 state in so many important categories. When it comes to this issue of life, though, I want Oklahoma to be number one.”

The Rose Day event is organized annually by an all-volunteer committee that includes various groups, such as Oklahoma Baptists, Oklahomans for Life, Hope Pregnancy Ministries and the Catholic Conference of Oklahoma.

Rose Day Committee Member Lisa Billy, who previously served in the Oklahoma State House of Representatives, offered a video presentation. Billy said, “Please take a moment after this livestream to view the resources on this website (RoseDay.Life), which includes information about key ministries and organizations in our state as well as information on how to connect with your elected officials to let them know you expect them to vote to protect life.

“As a former Oklahoma legislator who served at the State Capitol,” Billy continued, “I know firsthand how important it is for elected officials to hear from their constituents. And I know the crucial impact of Rose Day.”
The RoseDay.Life website offers a “legislator locator,” information about volunteering with pregnancy resources centers, along with other information.

The keynote presentation featured an exclusive interview with author and pro-life advocate Abby Johnson, whose life story is depicted in the movie, “Unplanned.” Johnson previously worked as a Planned Parenthood center director in Texas until God radically changed her heart. Johnson is currently a nationally-known pro-life leader and also runs a ministry that helps abortion industry workers escape the industry.

In the interview, Johnson said, “I believed I was doing the right thing for women. I got involved as a college student believing that Planned Parenthood was there to help women. As we always said, we were there to help women in crisis and to reduce the number of abortions. Of course, at the time, that was Planned Parenthood’s talking point. We were there to keep abortion ‘safe, legal and rare.’ That’s what we always said. And, I very much believed that lie.

“One day I was called into the room and I was asked to assist with an ultrasound guided abortion. My job was to hold the ultrasound probe in place so that the doctor would be able to see the baby during the abortion procedure.”

Johnson spoke about watching an unborn baby that was 13 weeks along, struggle for his life against the abortion instruments. This experience had a dramatic effect on Johnson.

“I knew then, that there was humanity in the womb,” she said. “There was life in the womb, and I had believed a lie. Not only had I believe this lie, I had sold this lie. I knew that I could no longer be a part of the abortion industry.”

Johnson spoke about having her life portrayed the movie, “Unplanned.”

“It’s one thing to have people hear your story and have them read about your life,” she said. “It’s very different to have people see the worst part of who you were. I tell people, imagine your greatest sin and imagine putting it up on a screen for everyone to see.”

However, Johnson knows much good has come from people viewing “Unplanned.”

“We have seen so much fruit come from this film,” she said. “It was in the theaters for 14 weeks. I don’t think there was a day that I woke up that there’s wasn’t an email in my inbox from someone saying, ‘I walked into the theater pro-choice, and I walked out pro-life.’ It’s about changing lives for Jesus Christ. “

Johnson also underscored the urgency of the pro-life cause.

Johnson is among the many notable speakers who have addressed the Rose Day gathering through the years.

“While Rose Day 2021 did not happen in person at the Capitol, we believe the virtual and online event is being used by the Lord to make a huge difference in protecting unborn children,” said Brian Hobbs, Baptist Messenger editor and chairman of the Rose Day committee.