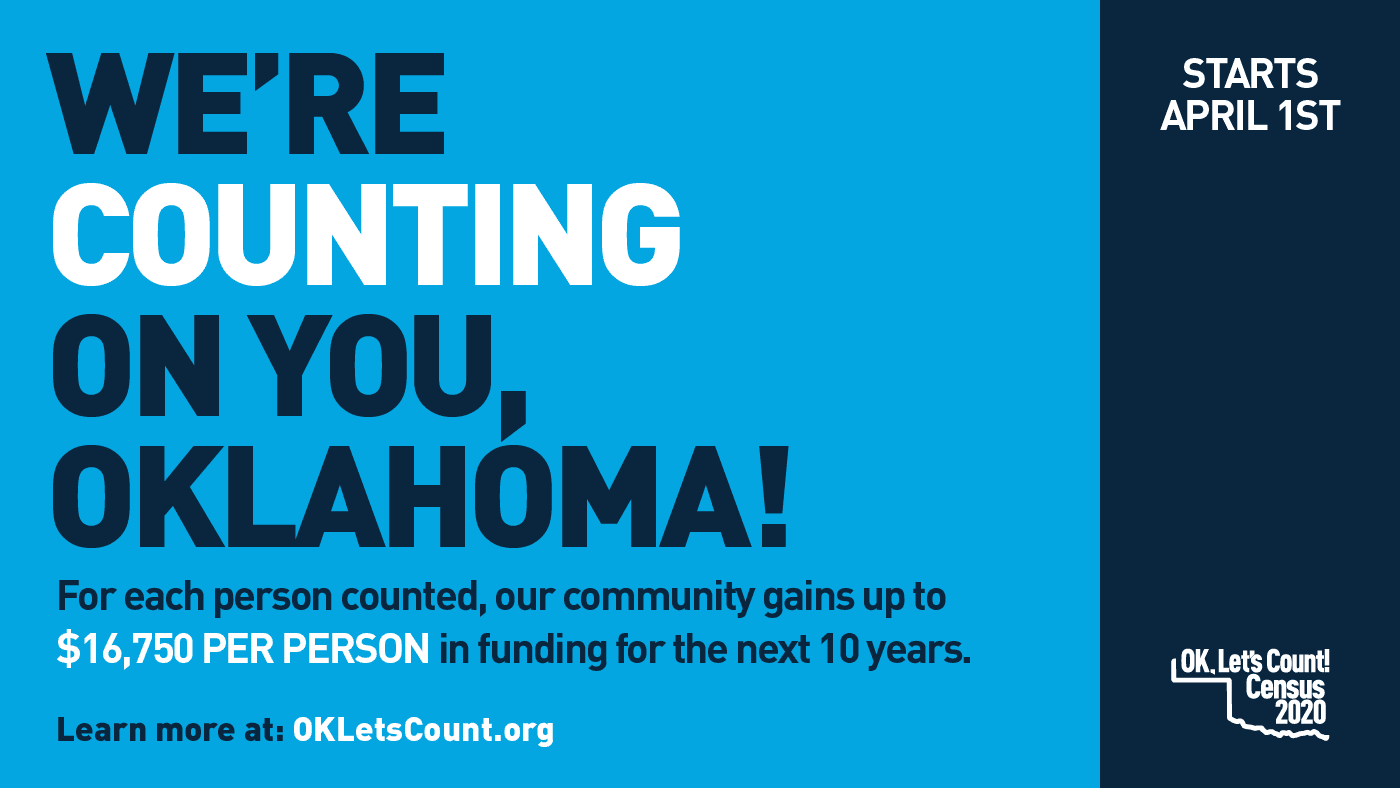 ALTUS—During the busy season of December 2019, Kevin Baker, senior pastor of Altus, Martha Road and current president of the Jackson County Ministerial Alliance was asked to serve on a community-wide census committee. The task of this committee was to brainstorm ways to get the whole community involved in the upcoming 2020 Census. 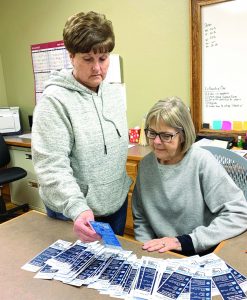 Altus, Martha Road members Kim Brewer, left, and Marilyn Carthrette inspect some of the 2,500 bulletins being sent to churches in Jackson County.

The census is a survey taken every 10 years to get an overall look at communities all across the United States and how to better serve them. The census is used by lawmakers, business owners, teachers and many others to help determine funding, congressional representation and more.

Filling out the census isn’t just civic duty—it’s the law. The Constitution mandates that the country counts its population once every 10 years. The 2020 Census will mark the 24th time that the country has counted its population since 1790. The Census count will provide funding and services Americans will live with for the next 10 years, if not longer.

As a representative of the churches of Altus, Baker was challenged to encourage the local congregations to get involved. So far, 2,500 bulletin inserts have been printed and distributed to local churches, and these churches have been encouraged to use their newsletters and social media platforms to get the word out about the importance of the 2020 Census.

Every household in Oklahoma will receive a postcard in the mail during the month of March. That card will have a special code that is tied to their address. Residents can complete the online census form beginning on April 1, 2020. If the resident does not have access to a computer, they can call and register through an automated system or through the traditional paper forms.

Several of the churches in the Altus community, including Martha Road, will host census parties on Wednesday night April 1 during their mid-week programs. Baker stated, “Helping our local community with the census count is a great civic opportunity but also a great outreach, as we will be able to meet many new people that will come to our church for help completing their census forms.”

Churches can find out more about the census at the following websites: 2020census.gov and okletscount.org.

“It’s sort of ironic that we have an opportunity to work with our nation’s census, and it was a census that God used to bring Mary and Joseph to Bethlehem for the birth of Jesus Christ two thousand years ago,” Baker said. “As a pastor of a church in a rural community, we want to be a good community partner, and the 2020 Census is a relatively easy and inexpensive way to make a major impact for the people who live and work around us.”