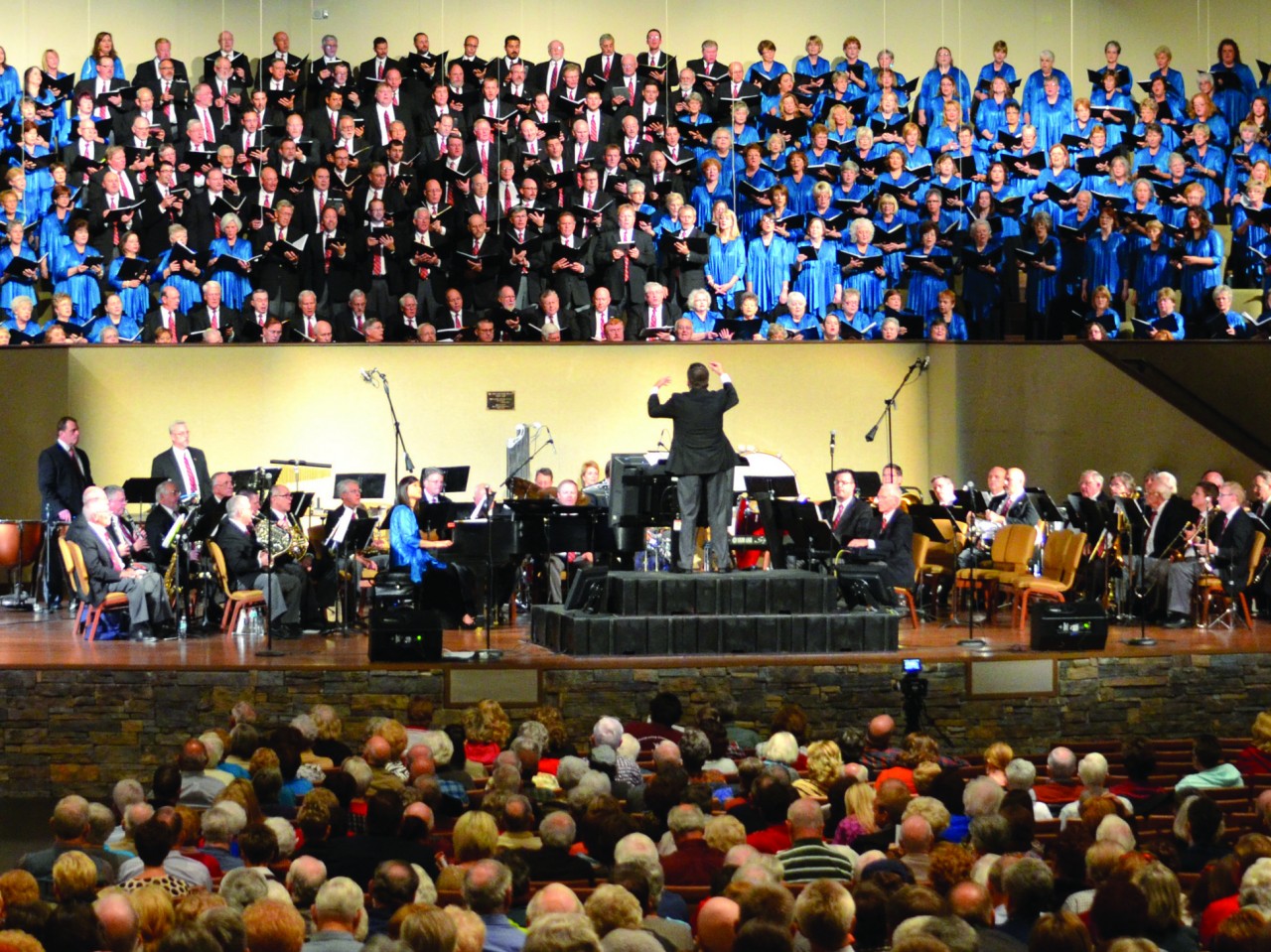 Some 400 of the Singing Churchmen (SCM) and ChurchWomen (SCW) of Oklahoma combined to debut their recently-recorded CD, “Applause of Heaven,” accompanied by the SCM orchestra.

“It was a great night,” said director Randy Lind. “So great that we’re going to do it again at 7 p.m. on April 10, 2014 at Broken Arrow, First. The choirs were very pleased with the turnout.”

Lind said the CD is one of the most popular ever produced by the Baptist General Convention of Oklahoma, and about 3,000 have been sold to date. For more information about the CD, call Lind’s office at 405/942-3000, ext. 4644.