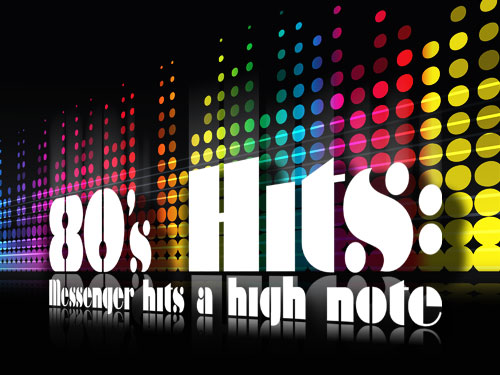 As conservatives and moderates began to face off during the 1980s, it became increasingly difficult for state Baptist papers to present fair and accurate reports.

In that sense, the Oklahoma Baptist Messenger fared better than many of its counterpart publications, and was one of the few Baptist state papers to grow in circulation in this decade. The Messenger endeavored to give accurate, honest reports of the SBC struggle in its pages. A “short take” in the Oklahoma Observer in 1985 gave “Three cheers for Richard McCartney, Bob Mathews and Norman Jameson of the Oklahoma Baptist Messenger for their superb coverage of the Southern Baptist denominational struggle. Members of no other denomination are as well informed on vital issues of their church,” the paper said.

McCartney, 52, came to his new position as Messenger editor just one month shy of 1980, and served until he moved to the Southern Baptist Radio and Television Commission in Fort Worth in 1987. McCartney has the distinction of serving during the highest-ever circulation of the Messenger. When he came, subscriptions were 89,000, peaked at nearly 121,000 and rested at 118,000 at the time of his resignation, with 163 special edition pages printed for 103 churches and four associations. McCartney was also responsible for installing state-of-the-art typesetting and printing.

The editorial staff changed somewhat for the first time in nearly 20 years during McCartney’s time as editor. Fern Hurt retired as associate editor after 37 years of service. At the time, she was the BGCO’s longest-tenured employee, working for more than half of the Messenger’s 72 years. Coming as associate editor was Jameson, who had been features editor of Baptist Press. Also, Dana Williamson, who had been responsible for the convention’s public relations work since 1968, moved to the Messenger office, where she was given added responsibilities with the Messenger staff.

Retiring the same month as Hurt was David Truby, who worked 32 years on the Messenger printing staff.

“What does the Messenger promote?” was the subject of a June 5, 1980 editorial: “We don’t promote everything you read about in the Messenger. We have a responsibility to report news of interest to Baptists in Oklahoma, but we don’t always approve of the actions we report. They are reported because we think you will be interested in knowing about them. Often the Messenger is the only source many Oklahoma Baptists have for these stories. If a story is controversial, we try to report all sides of the issue. We don’t always succeed, but we try. People who take one side often think we have not presented their side fairly. When we get complaints from both sides, it usually means we have given a well-balanced account.”

On June 10, 1981, the Messenger announced the end of attendance reports published in the publication to make room for general news and advertising. After conducting  a survey of readers and receiving numerous letters and phone calls, the attendance report was reinstated in the Nov. 12 issue. In the survey, readers were asked what would make the Messenger more effective. Readers responded in a variety of ways:

“Cut out the staff changes. It’s like a ‘help wanted’ ad.”

“Find an editor who is committed to the conservative point of view.”

In an editorial on Freedom of the Press on Oct. 4, 1984, McCartney said “the Baptist Messenger is not just a ‘house organ’ to promote what Baptist agencies want you to know. It is a news publication designed to keep you informed about things that affect you and your denomination. Let’s keep the information flowing freely and our democratic system will work well.”

In editorials, as well as in local media, throughout his tenure as editor, McCartney became Oklahoma Baptists’ spokesman against liquor-by-the-drink, pari-mutuel gambling and the lottery.

A survey of readers in 1985 revealed the Letter from Readers page was read most often, followed by the editorial, personalities in the news, events in the churches, church staff changes, Viewpoint by Executive Director Joe Ingram and attendance report.

In 1987, subscription costs rose to $4.50 for single subscriptions and 8 cents per copy for Every Family Church Budget Plan.

While the relationship between McCartney and BGCO Executive Director William Tanner was good, the pressure from outside forces to control the editor in the light of the conservative resurgence in the SBC was mounting. Although the staff endeavored to report the facts, some readers didn’t like the facts. In his last editorial, McCartney wrote, “The Baptist system works best when people receive adequate information, whether the news is good or bad. We have tried to keep you informed. Even when you disagree with the opinions of the editor, or with the content of news stories, you can express your disagreement by writing to the Messenger. That’s what keeps information flowing and helps democracy to function. I am pleased to have had a small part in making the system work in Oklahoma.”

Two months after McCartney resigned, Glenn Brown, who was associate director of planning and promotion for the BGCO, was elected editor. He told the BGCO board of directors he had no political agenda of his own.

“I will find the middle of the road of accurately reporting news and preserving the integrity of the individuals involved,” he said.

The Messenger celebrated 75 years with a special issue on May 7, 1987. At the time,  Bob Mathews had the longest tenure of any associate editor in the SBC. He kept up with 500 pastoral moves every year for the staff changes column, produced the BGCO handbook and ramrodded 180 church special pages.

Jameson resigned to become director of communications for the Baptist Children’s Homes of North Carolina Dec. 1, 1987. On March 1, 1988, Sarah Zimmerman, a Lawton native and OBU graduate, who worked as a medical reporter for a Tyler, Texas newspaper, was named assistant editor. Kenneth Jones, press foreman, completed 38 years with Messenger at the end of 1989.

In 1988, a one-cent-per-copy increase in the subscription price of the Messenger, with individual subscriptions rising to $5 was approved.

By the end of the decade, subscriptions were 117,361 with 1,168 churches including the Messenger in their budgets at a cost of 9 cents per family unit. The publication was sent to all 50 states and 70 foreign countries.