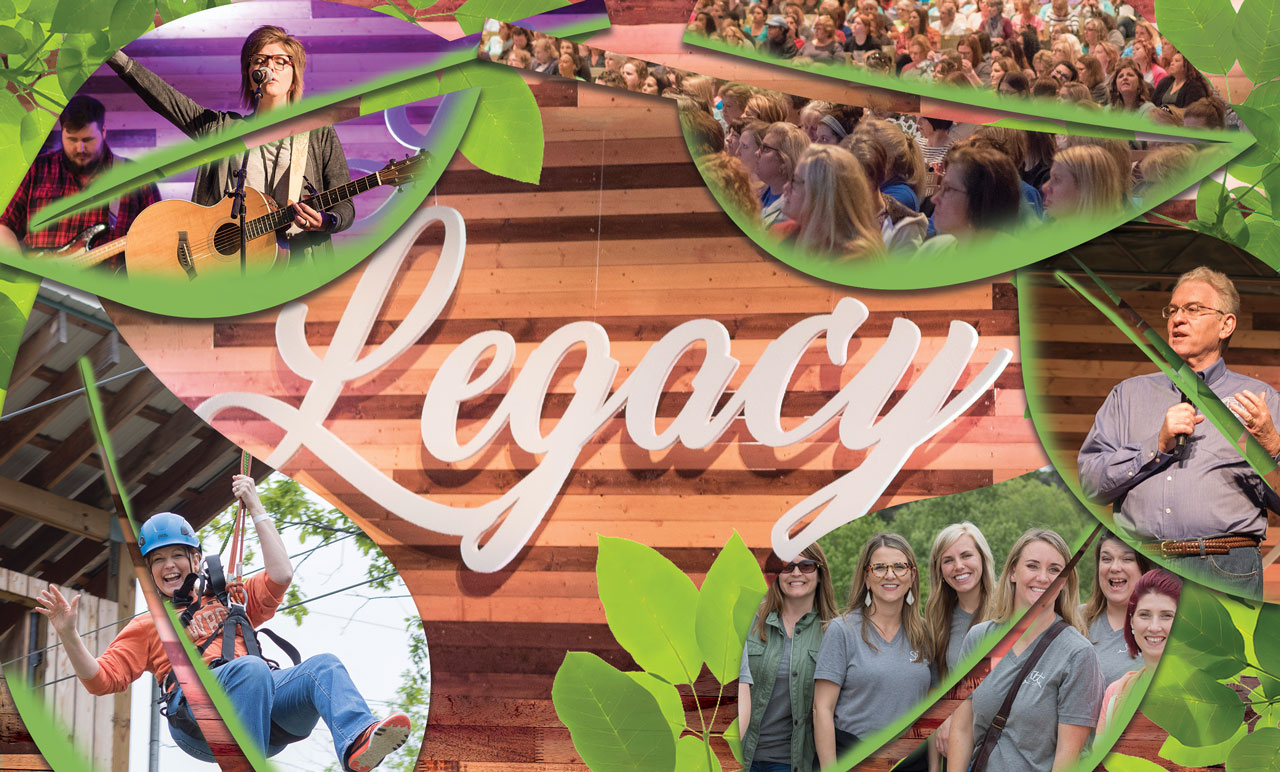 DAVIS—Nearly 2,800 women were encouraged to “Live Your Legacy” at the Baptist General Convention of Oklahoma (BGCO) Women’s Retreat.

Women from around the country travelled to outside of Davis, to experience the Lord and hear from speakers including Lina Abujamra, Annie F. Downs, Jen Wilkin and Michael Jr. and worship with The MET Collective.

“To see the Lord move the storms, that will be something we look back at years and years from now and can say, ‘Do you remember the time we prayed the storms away at women’s retreat?’ It was incredible,” said Amy Cordova, women’s missions and ministry specialists for the BGCO.

“On Thursday night, before the retreat began, we had a prayer time for about 45 minutes with our 100 volunteers, and we prayed over every chair, the stage, the green room, the decision room, registration tables, the main gate; we just prayed over everything, and I really believe that God heard our prayers,” Cordova said.

Cordova stated the importance of the retreat in the lives of Oklahoma Baptist Women saying, “Women are so busy taking care of their homes, their families, their jobs, so this is a fun and rare time for them to get away and really connect with one another, be encouraged by each other and really dive into the word, not having to think about all of their responsibilities at home.”

“Each of the speakers were very different,” said Cordova. “Jen is a really great Bible teacher; Annie uses a lot of humor, so women are able to let their guard down and laugh and enjoy, and Lina speaks with great passion. They all were able to carry home our 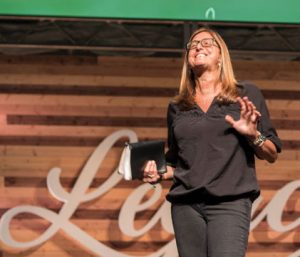 theme, Legacy, and portray that in such a way that it all connected.”

Abujamra, a pediatric emergency room doctor and author originally from Lebanon was one of the featured speakers at the
Women’s Retreat. Abujamra first shared out of Exodus 12, making the point that born again Christians believe in the power of the blood.

She continued saying the good news of the Gospel can be found in Hebrews 9:22 where the writer discusses how the blood is purifying, “According to the law almost everything is purified with blood, and without the shedding of blood there is no forgiveness.”

The next time Abujamra spoke, she taught out of Daniel 3:8 talking about Shadrach, Meshach and Abednego in the flaming furnace and how they were “Even-if Christians,” as if to say that they trusted in the Lord regardless of the circumstances they faced. 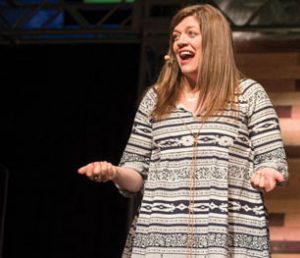 Downs is an author and speaker from Nashville and spoke first out of Acts 16. She discussed abiding in the Lord in the valleys of life as well as on the mountaintops.

She referenced Luke 24:39 where the Lord tells the Disciples, “Look at My hands and My feet, it is I Myself…,” making the point that the Lord is near,  and we overlook Him, while, in reality, He is near and asking us to search for Him.

She later spoke about looking for the Lord rather than just seeing Him, citing the fact that eight out of the Lord’s 31 miracles in the Bible were making people see.

Jen Wilkin, an author, wife, mom and advocate for women to love God, taught out of Psalm 139 pointing out the need among women for a “daily dose of awe.”

She challenged retreat attendees to re-read the Psalm, this time emphasizing, “You (the Lord) rather than me,” saying, “it is not a Psalm about me being fearfully and wonderfully made; it is a song about God, fearful and wonderful.”

Wilkin also taught from Romans 8:13, talking about desires of the flesh and how Christians are no longer obligated or enslaved by fear; instead, they can overcome through Christ.

On Saturday morning, women at the Women’s Retreat were given the opportunity to give an offering for the Centennial Prayer Garden, honoring 100th years of Falls Creek.

“We have seen the legacy that women before us have left, and we had the opportunity to give to the offering, and women really 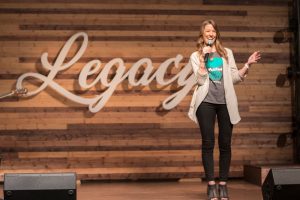 gave. It was just really exciting that we get to continue the legacy just like the women before us have done,” said Cordova. Women gave an estimated $21,125 in the offering received.

The Lord didn’t stop His work for the weekend in the Arbuckle Mountains there. Throughout the course of women’s retreat, 163 women made decisions for Christ. Some were professions of faith;  others made spiritual decisions in their walk with the Lord.

Cordova said no aspect of Women’s Retreat was possible without God’s provisions through the constant prayer that took place both before and throughout the retreat.

“God was faithful in every single area, to provide all we needed to host 2,800 women for a retreat and that, along with the 100 women who volunteered, really is what made this event such a success,” she said.