Berry Tramel may be one of the most read columnists in the state of Oklahoma. Most sports fans in the state hold an opinion about Tramel, and sometimes it is not a positive one. Either way, Tramel still sells a lot of papers for The Oklahoman.

But when the longtime sportswriter decided to do an article in late July on John Wohlgemuth, the new pastor of Edmond, Henderson Hills, that could be considered news itself.

Why did Tramel decide to write about Wohlgemuth? “I saw a story on the religion page about John’s appointment to Henderson Hills,” Tramel replied in an email. “I said, ‘Hey, that name sounds familiar. I think that guy played football at OSU (Oklahoma State University).’ So I ran a search on Wohlgemuth the pastor, and sure enough, same guy.”

Tramel called the church and set up an interview with Wohlgemuth. He said he did not expect to write such a long column, but he said, “The guy really impressed me. I thought he had a great story.”

Wohlgemuth was named lead teaching pastor at Edmond, Henderson Hills in June. He joined the church after serving as lead pastor at Fort Worth, Texas, Normandale. Before that, he served as senior pastor at Weatherford, Trinity.

His start in ministry began while he was attending OSU, serving in youth ministry at Stillwater, Hillcrest. He also was a wide receiver for the Cowboys in the early 2000s.

“Wohlgemuth was good for the Cowboys,” Tramel wrote. “A standard of high character, as well as a solid player who became the holder for place kicks and an occasionally-used receiver. He had five catches, including a touchdown against SMU, in 2002.”

Wohlgemuth said he wasn’t too surprised Tramel wrote about him. “My last name is not very common,” he said.

The pastor also appreciated the comment from OSU All-American Rashawn Woods in Tramel’s article. Woods said about Wohlgemuth, “He’s exactly who he appears to be. Just a great guy all around. One of the few guys I knew that walked the walk every single day. Always said the right thing. Always showed up ready to do what he needed to do.”

Wohlgemuth said about Woods, “It was special to watch an incredibly talented guy play the game. I learned a lot from him. He was also a humble guy. He didn’t have a pretentious attitude that some stars might have. He was laid back, but he worked hard.”

But what did Wohlgemuth think about the comments Woods said about him being one of the few guys who was consistent and “walked the walk every single day”?

“It’s funny, you look back on times in your life, and you don’t realize the impact you made on people,” Wohlgemuth said. “You just do what you’re supposed to do. Sometimes you don’t feel like people would notice anything and yet now you hear these kind of things coming from people, that they did notice.

“It is neat to see that people saw the growth in me,” he continued about his OSU football experience. “God used relationships and circumstances to give me a chance to grow. The pressure of that environment forced me to grow rather quickly.”

One thing Wohlgemuth started doing while playing at OSU is praying at the 50 yard line after every game. He said sometimes his teammates would join him. Sometimes, even opposing players joined him. He recalled a Bedlam game where he and his teammates, as well as University of Oklahoma (OU) players met for prayer at the 50 yard line.

“It was after we beat them two (years) in a row,” he said, “and we go down to Norman (the following year), and they just drilled us.” 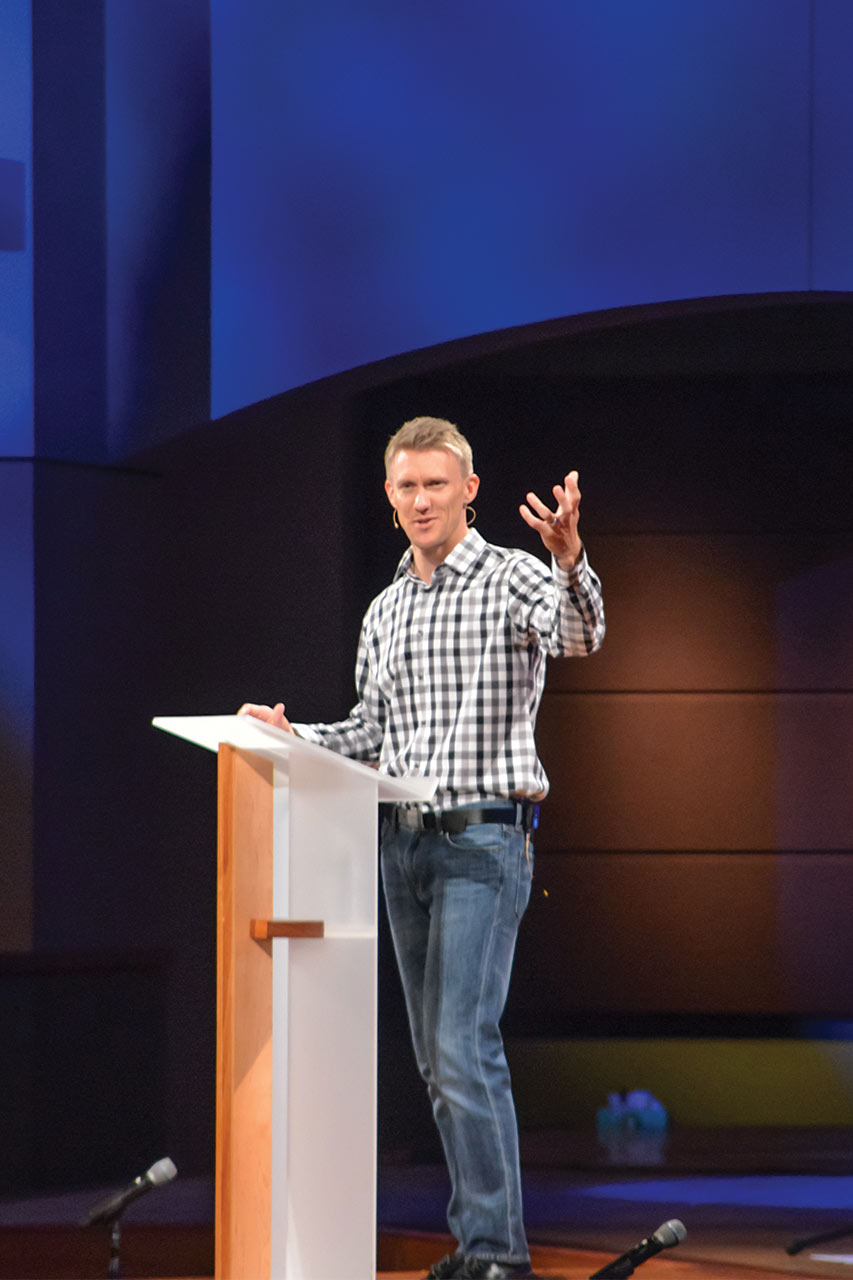 Wohlgemuth said The Oklahoman printed a picture after that Bedlam postgame prayer circle. He remembered teammates such as Josh Fields and Tatum Bell, as well as OU players such as Tommie Harris prayed together.

“They just showed me that there are those who believe this is bigger than football, bigger than OU-OSU Bedlam, and I wanted to set an example,” he said.

Wohlgemuth’s mother Marva Morris had confidence that her son would do the right thing when he was in college. She said in Tramel’s article, “I knew his character, and I knew the choices he made in high school.”

Wohlgemuth knew his mother’s prayers had an impact on his life choices too.

“She had a God-given confidence that maybe I didn’t see,” he said. “There was a healthy fear (I had) of blowing it publicly. I think she trusted God more than she trusted me. She knew God would keep me on a path that was going to be for His glory over the long haul.”

He also credited the prayers of grandparents who knew God had a plan for their grandson.

Wohlgemuth is excited about his new position of leading Edmond, Henderson Hills.

“It’s been a sweet two months here,” he said. “God prepared our church for such a time as this. There’s been a sweet response of unity and excitement. It feels like we’ve been here for a long time.“
Maybe having an article about him written by a renowned sportswriter helped his acclimation. Regardless, God bless Wohlegmuth as he leads his new church.