Will answers question for young widow, What would happen to my children? 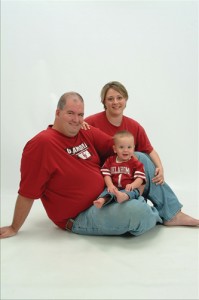 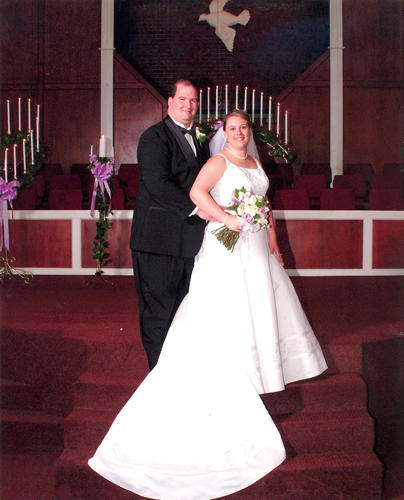 “I remember thinking, ‘What am I going to do?’ But at the same time thinking, ‘God is going to take care of me,'” Sonja Johns said about the death of her husband Chris Johns.

Sonja, 28, and Chris were married only five years when he died last August of a blood clot to his lungs, but in those few short years, they built a deeply connected life together, a life that takes some couples decades to nurture.

“He was an involved dad and a great husband. The funny thing is, though, I was not looking for Chris before we started dating. I was so busy and focused on school I just wasn’t looking for a husband,” Sonja shared.

However, friends and family had Chris picked out for Sonja long before he arrived on her radar.

One Sunday afternoon, her sister and parents returned from their home church, Oklahoma City, South Lindsay, and told Sonja about a young man they had met who helped with the youth group and that they hoped she would meet soon. 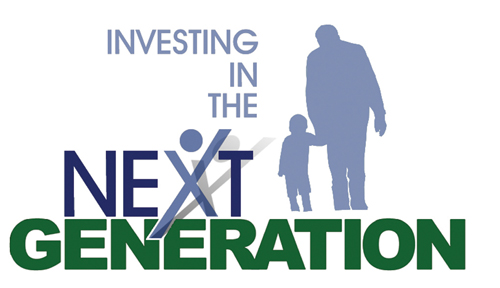 Soon, the youth minister and pastor at South Lindsay echoed the same sentiments and teased Sonja that they knew a nice guy she needed to meet. Sonja said this went on for weeks until in near exasperation she told the youth minister, “Look, my summer break ends in about 12 hours. If Chris is going to call me, tell him to call.”

Chris called and they began dating. Not long into their dating relationship, the two recognized they had a lot in common. Talk of marriage came quickly and the man Sonja did not know she was looking for became her fianc‚.

Sonja said while she and Chris dated, she uncovered a high school journal in which she noted characteristics she wanted in a husband. Her list included hardworking, patient, someone who would treat her as special and selfless.

“I was able to check every single one of them off. Chris had all the characteristics I had listed,” she said. 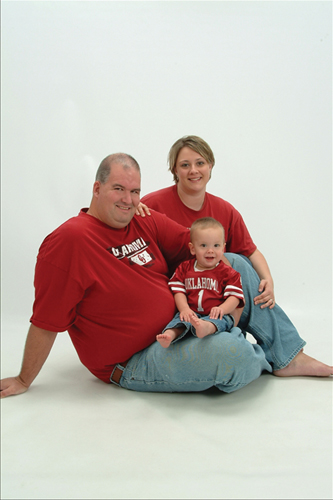 When they returned from their honeymoon, they met with The Baptist Foundation of Oklahoma to complete their wills. Sonja’s mother, Suzie Paul, has worked for the Foundation as administrative assistant for Donor Services since 1999 and talked to both of her daughters about the importance of having a will.

“It was just a given that when we returned from our honeymoon, we would take care of that as we started our married life together,” Sonja said.

Sonja finished school; the Johns built a house and had their first child, Jackson, who is now 3 years old. The weekend before Chris died last summer, the couple announced to their families that they were expecting their second child in April.

Just days later Chris was taken to the hospital and Sonja was told by a nurse, “We can’t do anything else; he’s gone.” Chris died at the age of 34.

Sonja and her family are trying to adjust and help Jackson adjust to life without a very involved husband and father.

“Jackson asks if his daddy is happy, and now he tells people his daddy is in Heaven,” Sonja, who attends Moore, First, said.

Experiencing life’s unpredictability and becoming a single mom has made Sonja even more of an advocate of having a will. She said that if she were to die suddenly, a will makes her wishes for the care of her children known.

“In talking to people at work and young couples at church, I hear that so many don’t have wills set up because they just don’t want to think about it,” she said. “Young families need to do it for their children. The Foundation will help them with their expenses if they leave a portion to a Baptist cause such as their church or some other Baptist ministry.

“For me, it’s about my kids. That is why it is important for young families to have a will. You want to know your kids will go to someone you have chosen to keep them safe and comfortable.”

Sonja and Jackson will welcome a baby girl into their family this spring. Her name is Katie, a name Sonja and Chris chose together.

“All we really had were beginnings,” Sonja said. “We did everything together and we were kindred spirits.”

View all posts by Taprina Milburn