Weather does not prevent Priority of Preaching from prevailing 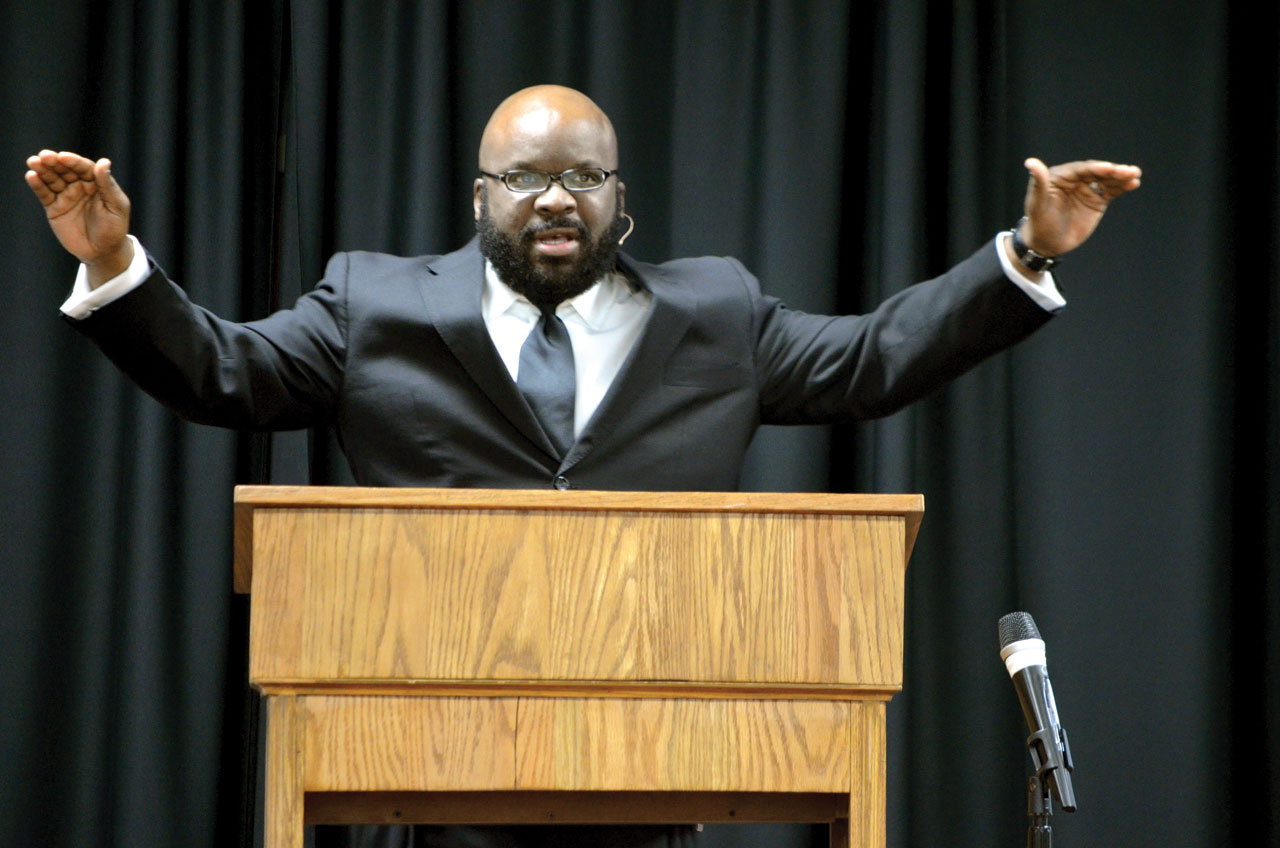 EDMOND—Pastors endured snowy weather to make it to Edmond, First for the Priority of Preaching Conference, Feb. 23-24. An official attendance of 107 was recorded, and those who attended were able to refine their skills to, as Brett Selby states, “proclaim the unsearchable riches of Christ.”

“I was extremely proud of our pastors and the way they came to the conference in spite of the inclement weather,” said Selby, pastoral leadership specialist for the Baptist General Convention of Oklahoma (BGCO). “Also, several of our speakers made it in spite of travel and even personal obstacles.” 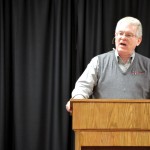 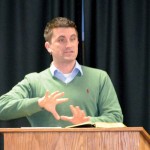 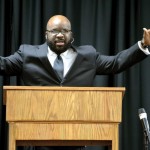 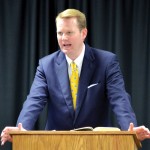 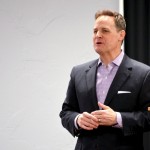 Selby shared that Jason Allen, president of Midwestern Seminary, drove from Kansas City after his flight was cancelled, and Steven Smith, dean at Southwestern Seminary, also drove through icy conditions while meeting some pressing family responsibilities before heading up from Texas. “And of course, our own (BGCO) Executive Director-Treasurer Anthony Jordan taught our men just one day after his own dear mother passed away,” he said.

Jordan led off the conference, speaking on “The Work of the Holy Spirit in Preaching,” before travelling to Bartlesville for his mother’s funeral that week. He shared how the Holy Spirit not only works in the act of proclamation but also in the act of preparation. “Our posture should be to come to the study believing that the Holy Spirt is at work in us when we are inside the closed doors and doing our hard work of getting ready to preach,” he said, “because I believe if the fire is not likely to fall in the study it’s not likely to fall in the pulpit.”

H.B. Charles, Jr., pastor of Jacksonville, Fla., Shiloh Metropolitan, spoke on the importance of faithful preaching, comparing the role of the pastor to that of a king’s herald in ancient times. Just as the herald was given the authority to speak on the king’s behalf throughout the kingdom, Charles said, the pastor should consider his role to be of similar importance when preaching the Word of God.

“Faithful preaching must include doctrinal instruction,” said Charles. “Man-centered worship services, therapeutic preaching, exciting programs may fill the pews but it won’t make disciples. If you are going to make disciples, somebody’s got to teach.”

Greg Gilbert, preaching pastor of Louisville, Ky., Third Avenue, spoke on the need for expository preaching. He said exposing God’s Word is important because “God’s Word can make life where there was no life.”

“If God is going to bring people out there into relationship with Him, how is He going to do it? Through the words, brothers, that you and I say to them,” said Gilbert. “Do you think of your preaching of God’s Word like that… that God is making His appeal through you?”

“For a sermon to have scriptural power it must first have scriptural truth,” said Allen. “That’s why Paul challenged Timothy and us to be diligent to present ourselves as workmen who need not be ashamed but who rightly divide the Word of Truth.”

Smith presented a practical element of preaching when delivering his talk on “Genre-Sensitive Preaching Worship,” elaborating on the different ways the Voice of God can be delivered through different divisions of the Bible, which he explained can be presented in three aspects. God’s Voice can be featured as a story, a poem or a letter.

“If you know how to preach stories, poems and letters then you have a macro-level template with which you can preach every passage of Scripture,” said Smith. He emphasized that, after every sermon a pastor preaches, the pastor should ask himself “Did I say what the Word says, and did I say how it was said?”

“To me, the conference was both word and deed,” said Selby. “While the Priority of Preaching was being taught and affirmed in every session of the conference, it was being lived out in the lives of our pastors and those who came to equip them.”