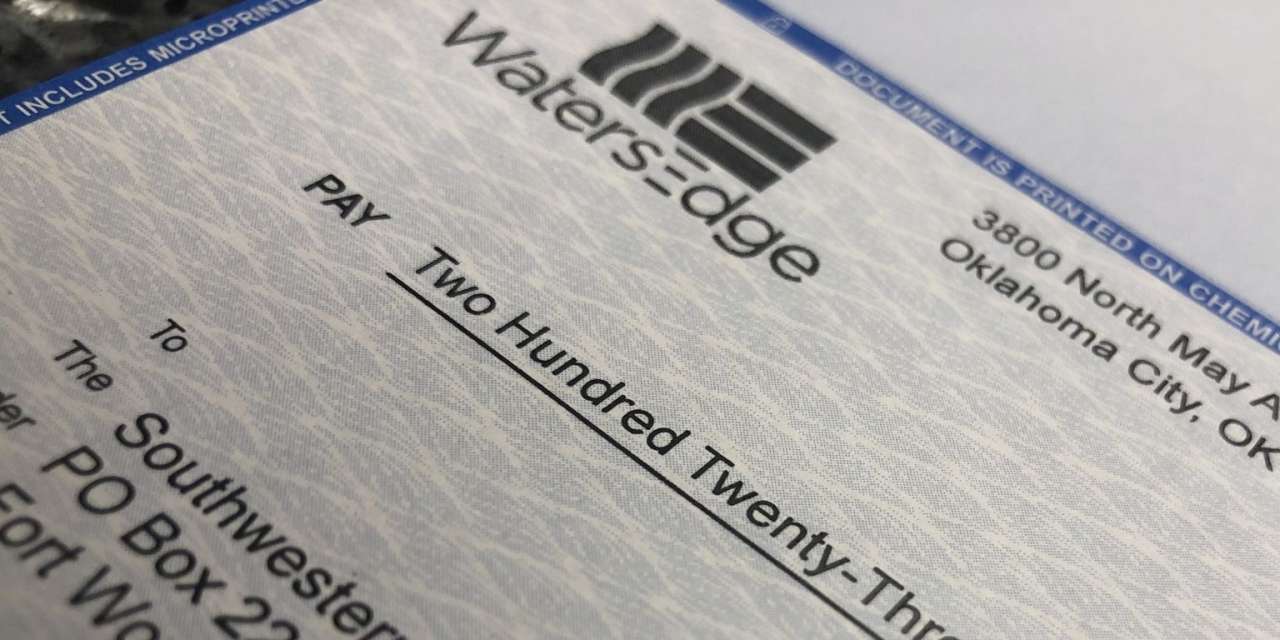 In the final week of 2020, WatersEdge staff members poured their energy into finalizing one of the organization’s most anticipated projects of the year: the Endowment Distribution. Their efforts resulted in more than $8.5 million being sent out to support ministries in Oklahoma and across the United States. Combined with smaller quarterly endowment distributions made throughout the year, WatersEdge distributed a total of $13.7 million in endowed funds in 2020, surpassing 2019’s distribution by $1.3 million.

The funds were sent to 353 unique beneficiaries, the vast majority of which are Southern Baptist ministries that focus on changing lives with the Gospel. They include churches, seminaries, Christian universities, children’s homes, missions organizations and more. But none of this would be possible without the generosity of ministry-minded givers.

Despite COVID-related economic turmoil, these endowments continue to distribute faithfully, thanks to the donors who created and support them. Many ministries rely on endowments to sustain fundraising efforts or to weather temporary dips in annual charitable giving. Endowment is a wise financial decision for any ministry, because it allows givers to invest donations for long-term growth and distributes payments to charitable causes annually. The principal grows over time, so gifts multiply over time.

“An endowment is an exceptional option for a giver who wishes to leave a legacy and not just a one-time gift,” said David Depuy, WatersEdge chief investment officer. “An endowment will last much longer than a lifetime and provide ever-increasing distributions for ministry every year until Jesus’ return.”

Anyone—not just the original giver—can contribute to an existing endowment, further growing the principal and ultimately increasing its distribution. An endowment also offers donors flexibility since they can be funded with cash, stocks and bonds, real estate and privately-held investments.

Here’s an example of how endowment works:

Jim Smith places $50,000 into an endowment for his church and names it after his grandmother: “The Loretta Smith Legacy Fund.” In its first year, the endowed gift would distribute $2,250 to Jim’s church. While that amount may seem small compared to the size of the initial gift, time quickly multiplies the impact. In 25 years, the $50,000 endowment will grow to more than double its annual distribution, from $2,250 to $4,570. Cumulative annual distributions over that 25-year period would total $82,000—more than $30,000 above the original $50,000 gift. The yearly distributions continue indefinitely.

View all posts by Anna Dellinger