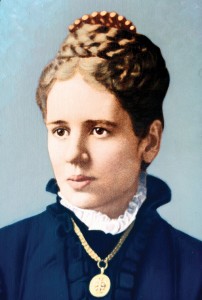 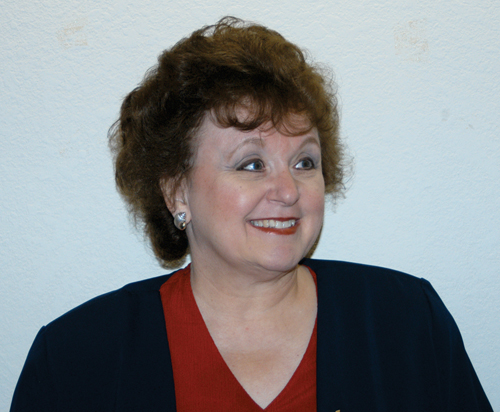 NASH-Lenni Nordloh has always supported the Annie Armstrong Easter Offering for North American Missions. After all, she and her husband, Marty, pastor of the local Baptist church, benefited from the offering for many years; first when Marty was a student at Golden Gate Seminary, and then as the couple served twice as church planters with the then Home Mission Board, now called the North American Mission Board, in Wyoming and Arizona.

But, this year’s annual offering emphasis holds special meaning to the Colorado native. While Annie Armstrong had always been a spiritual mentor of sorts, “Miss Annie,” as she was affectionately known, now holds a special place deep in Nordloh’s heart. Last July, Nordloh, who is writing a book about her family history, sat stunned as she read a paragraph that changed her life forever.

“I was preparing for a family reunion we were going to attend in June of 2006 in Branson, Mo., when I decided to do some last minute research,” she writes in her book. “I knew that Henry Sater was one of my grandfathers, so I pulled up a computer Web search and put his name in to review. A new report popped up on him where it said, ‘Her great-great-great-grandfather was Henry Sater.’ What was this? It was a new article . . . on Annie Walker Armstrong. 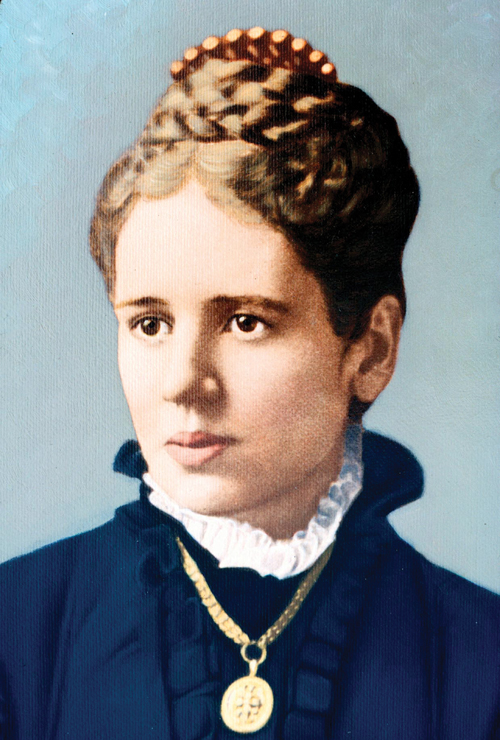 “I began to read the article, and tears began to flow down my face. I could not believe what I was reading. Annie Walker Armstrong was my biological cousin.”

Nordloh continues the story in her book, God’s Work Through Ordinary People That Brings Glory to God and Furthers His Kingdom.

At the time of her discovery, the Nordlohs were staying in their fifth-wheel on her brother, Les’s, property in Good Hope, Ga. She printed the article and went to her brother’s home to share it with him.

“I said, ‘Les, you know I have been working on our family history. I want you to read something.’ I didn’t tell him anything. He just stared at the article, and then he looked at me and said, ‘What a blessing.'”

Knowing that Annie Armstrong was a pioneer in women’s missionary work, served as a missionary to Native Americans and was an aggressive letter writer to plead for financial and prayer support for missions, Nordloh has a better understanding and appreciation of what God has led her to do in her lifetime as well.

“For probably 20 years, I have been in ministry to women,” she marveled as she recalled conducting two Bible study classes while she and Marty served in Las Vegas, Nev. She also now leads a Bible study for about 15 ladies at Nash.

“While in Las Vegas I led two women’s classes that grew from six women to 18 both times. Women have a tendency to ask, ‘what can I give to the ministry, or how can I help further the Kingdom of God?’ I stress to them the importance of praying for our leaders. Praying for the men of our church, for the men who lead our associations and for our national leaders. I specifically point out that God has an order, and men are those spiritual heads. The best thing we, as women, can do is to be the heart of our homes and the heart of our church. The best thing we can do for our church is to get on our knees and pray.

“That is very important. I have found through the years in working with women that a lot of them have a low opinion of themselves, and that’s not from God. The biggest thing that I try to say is they are an awesome spirit being.”

God has led the Nordlohs across the country to settle in a town with a population of around 300 people, and serve a church that averages in the 70s in worship and 50 in Sunday School. Marty was called as interim pastor Aug. 1, 2006 and as full-time pastor on Oct. 1.

“But, it’s not the size of the town or church that matters, Lenni said. “It has been a very interesting journey, and God has been with us every step of the way.

“When I read Annie Armstrong’s biography, I said, ‘God, you have a plan for our lives, and you brought this to my attention at the time of my life it was actually directed by You.’ Maybe 10 years ago, I would have tried to make it all about me. But, it’s not about me. It’s about spreading the Gospel of Jesus Christ. It’s about us supporting our missionaries. Just because we are in a church sitting in a pew doesn’t mean we cannot do something for Christ.”

“That’s what Annie Armstrong stressed. Money and prayers. As Marty likes to say, ‘churches don’t have financial problems, they have spiritual problems.'”

“If I can do anything to spur the giving to the Annie Armstrong Easter Offering, I will do it,” Lenni concluded. “I can imagine that Annie-with her heart’s call-was very humbled when she learned about four years before she died that the offering was named for her. Now, looking at the fact that she’s family, I’m humbled, too. All I can say is ‘thank you God.'”