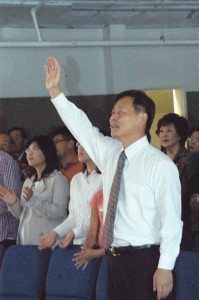 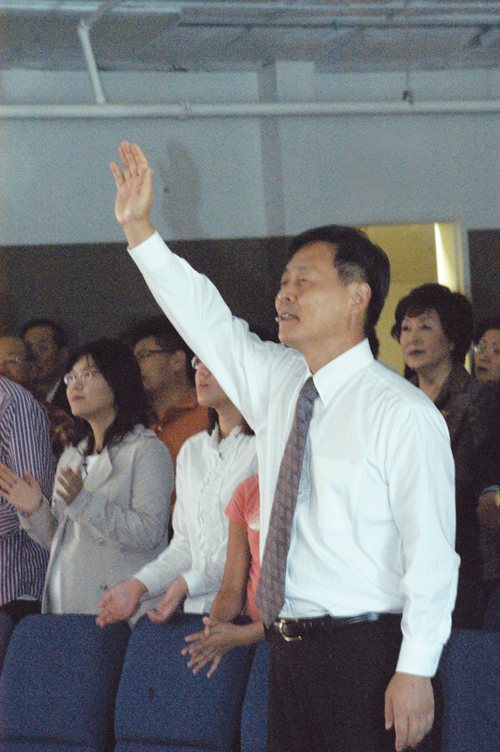 Pastor Taeho “Joseph” Lee is the dedicated, dynamic, driven leader of a church that has the perfect name to match his personality-Oklahoma City, Vision Connexion.

Since he came to the church, a mission of Oklahoma City, Northwest, fresh out of seminary in 2005, the Korean congregation has quadrupled in size, has an ongoing prayer ministry probably unrivaled by any other church in the state and is sponsoring a new church in the middle of one of the fastest-growing Korean population centers in the U.S.-Atlanta, Ga.

Lee, who actually spends most of his time in Georgia and drives back and forth between Atlanta and Oklahoma City, admits that coming to what was then Vision Community Church in Oklahoma City was “not a particularly good situation.”

“We had 13 (Korean) churches in Oklahoma City when I started in 2005 and there were approximately 2,000 Korean people living in town,” he said. “For me this was a very difficult task, to find the Korean population that was scattered widely across a large city. We had to try to locate 2,000 people from among almost 1 million people.”

So, instead of canvassing the city to find those of Korean ancestry, the church chose to try to reach them at the points at which they would congregate.

The church made copies of the pastor’s sermons on CDs and placed them in three Korean markets.

Once the CDs worked, the church took it a step further.

“Then I found the Korean people didn’t have any magazine in their language, so the church produced one,” Lee said. “We now publish a monthly magazine that details what the church is doing, including community information. It is free, and is paid for by advertising. We made that a contact point with the population, too.”

As more people came and joined the church, Lee knew leadership was going to be crucial.

From there, cell groups were formed, and the intensely trained lay leaders have led the growth of the church as a result.

Vision Connexion Church also is a prayer-driven congregation. For months, Lee led about 50 members of the church in daily prayer from 5:30-7 a.m. every day, six days a week. Now, as the church plant in Atlanta has begun, he has turned the effort over to the lay leaders.

“The Korean population there has increased drastically in the past few years,” Lee said. “It has grown into one of the largest Korean populations in the U.S. There are 120,000 Koreans living there now, and it’s still increasing. I can see there will be more than 200,000 Koreans there within 5-10 years.

“I felt this was a good time to start a Korean church there. I think that city offers a good opportunity for business, because as you may know, the Korean people are involved in small businesses in America, and the city is booming with small business opportunities. Also, the housing market is reasonable.”

Lee’s background is in business. He was successful in the import/export business in New York City and Korea.

His wife was a believer before he was, and she was praying for him to become a Christian, as was his mother, who had prayed for him for 20 years.

“She was a real prayer warrior,” Lee said.

Lee’s eternity was changed one day when he “heard an inner voice that told me I was chasing after the wrong things. I was sitting at my desk in my office. I had heard about the Savior many times, but had never believed it. But, at that moment I knelt and repented of my sins and I felt the Holy Spirit come upon me.”

Now, he has a vision of leading Vision Connexion to establish a church planting seminary in Oklahoma City.

REDACTED, associate pastor of missions at Northwest, has worked closely with Lee. The two of them served together as co-pastors of another mission congregation begun by Northwest, All Nations Church.

“Vision Connexion has a vision beyond reaching the Koreans in Oklahoma City,” Goss emphasized. “They want to plant Korean churches in all the major cities in the United States, and with their plans to begin the church planting seminary, they really have a Kingdom vision.

“To do that, Lee has taken their leadership through an intensive discipleship training school; I believe it was five hours one night a week for about eight months. That’s what has made the difference in making the church grow, that and their incredible faithfulness in prayer.”