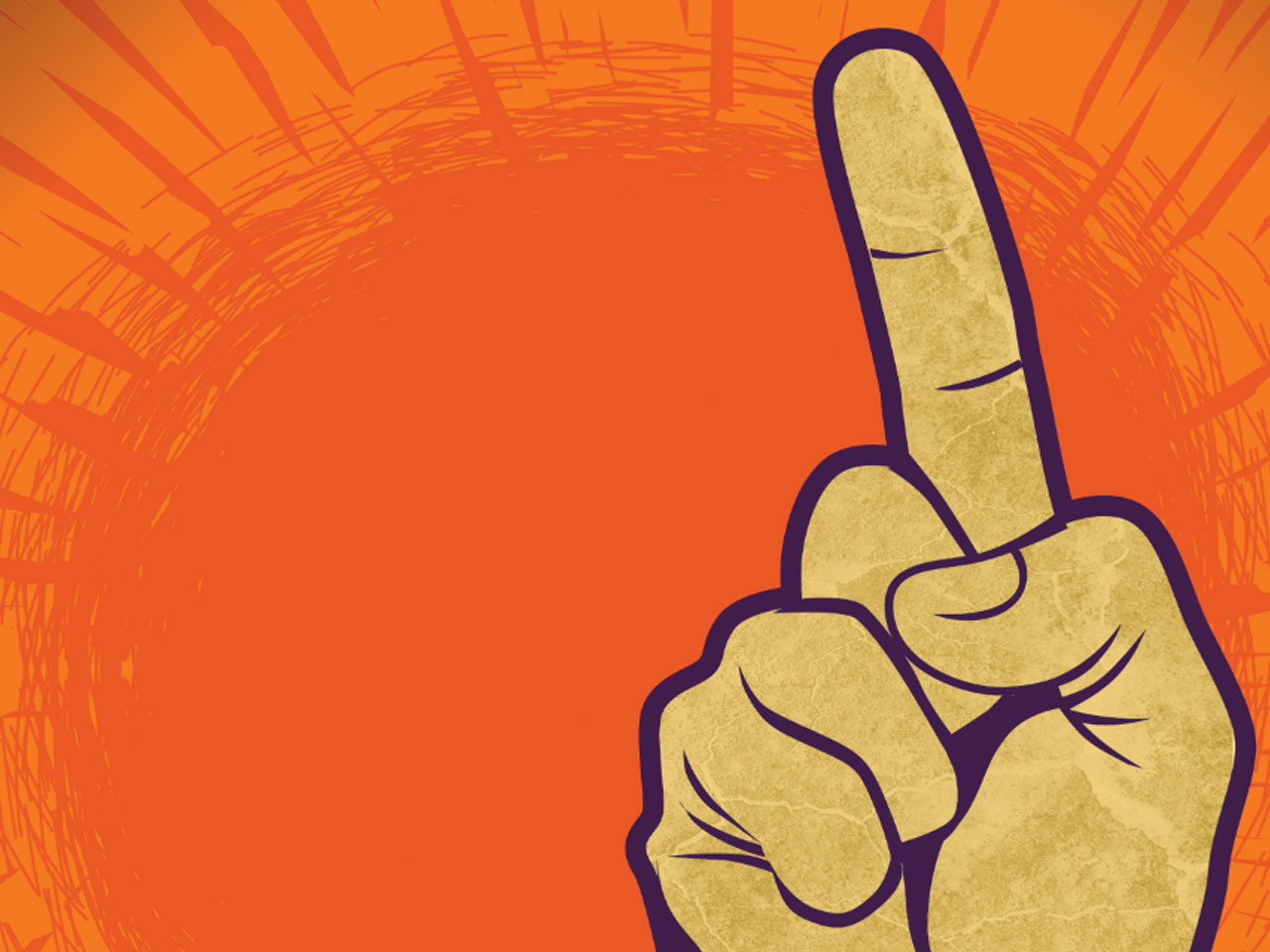 MARLOW—“It is unlike anything they think a church would do,” said Joe Ligon, pastor of Marlow, First, who spoke about the expectations of unchurched young adults who attended the church’s
“D-Up” weekend event, March 14-16.

For the third consecutive year, Marlow, First has been using “D-Up” as a way to draw young adults who live in or near the southwestern town. “I really think the Lord led us to doing this,” Ligon said. “We have been blessed with an incredible number of young adults and young families, and we were trying to think of ways to encourage them, disciple them. We also wanted to find ways to invite their friends.”

Many churches are familiar with “Disciple Now” or “D-Now,” which is a weekend event focused on junior high and high school students that churches do to integrate the students in small group discipleship and do community outreach. 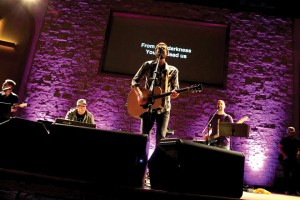 “We have been doing ‘D-Now’ for years like everybody else, but the question was what can we do for young adults, and ‘D-Up’ was a result of that,” said Ligon. “It is like ‘D-Now’ on steroids.”

Ligon said the first year Marlow, First held “D-Up” they convinced 150 young adults to attend. “The first year we did it, nobody knew what it was, including the staff,” he said. This year, approximately 300 attended “D-Up.”

“As far as I know, we are the only ones that have done it the way we’ve done it, so we just started from scratch,” said Ligon. “What kind of weekend experience can we provide that will be attractive and helpful? Each year has changed. The format is the same, but the details have changed, as far as what we are doing. We make it as easy as possible for someone to come be involved.”

Team leaders are appointed to find at least 10 people to be on their respective team with at least two people who are not church members. Majority are 35 and younger. 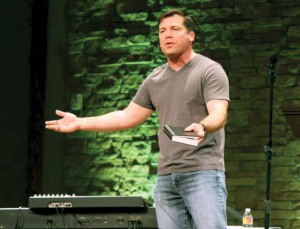 Matt Bowman was the event’s speaker.

Mitch Boles, a member of Marlow, First, said there were about 20 teams participating. This was Boles’ first year to be a team leader. His team was so large, they split into two teams. “It’s a great outreach,” he said, and Boles was instrumental in eight non-church members attending.

The event started Friday night, with a worship service. The Cody Dunbar Band led a time of singing, and Brian Bowman, pastor of Phoenix, Ariz., Valley Life was the event’s speaker.

Then the team activities follow. In the church’s gym, participants gather to do competitions that are familiar from the television show “Minute to Win It.” Saturday’s schedule is similar, but some of the functions are outdoors. The event culminated on Sunday morning, inviting everyone back for Sunday School.

“Adults can play games and ‘let their hair down.’ Act crazy,” said Ligon. “It makes it easy to invite their unchurched friends to come be a part of this. We shoot shotguns. We play all kinds of crazy games. It’s a weekend for adults to not act like adults and be kids again.” 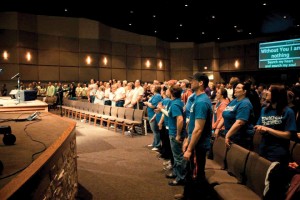 Everyone gathered for worship during D-Up.

“It’s a cool experience,” said Chad Choate, a Marlow, First member. “This is like an adult Falls Creek. It is an opportunity that ‘opens doors’ to people who wouldn’t normally come to church, and we can build relationships.”

Choate said Pastor Ligon and Marlow, First have done a great job attracting young adults because they are willing to “think outside the box.” He mentioned how the church gets involved in community outreach by going to grocery stores and gas stations and pay a portion of people’s bills.

“They don’t ‘do church’ like people normally think,” Choate said. “They provide a variety of things, even in the worship services.” Boles said it’s possible to see people hitting balloons and beach balls to each other during a Sunday worship service. Obviously, that is not normally what a church would do.

Ligon and Marlow, First is willing to do the extraordinary in order to connect with one of the most unchurched people groups in the country. From their three-year results, it seems like they are successful in drawing people to church and ultimately to God.