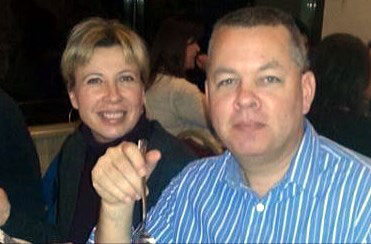 IZMIR, Turkey (BP) — Religious liberty advocates have joined the U.S. government in seeking the release of an American citizen who pastored a Protestant church in Turkey for 20 years before being imprisoned for his faith.

Andrew Brunson, formerly of Black Mountain, N.C., was reportedly detained 63 days without charges at the Harmandali Detention Center in Izmir, Turkey, before being imprisoned Dec. 9 at nearby Sakran Prison. He’s being held on false charges of being a member of an armed terrorist organization, World Watch Monitor reported.

The American Center for Law and Justice (ACLJ) and the International Christian Concern (ICC) are campaigning for the release of Brunson. ACLJ Executive Director Jordan Sekulow said Brunson is in “grave danger.”

“The government of Turkey — led by an Islamic party — has begun increased crackdowns on Christians, and Pastor Andrew, if convicted, may face years in prison based on extremely serious — and false — charges,” Sekulow said in a press release. “We are launching a global campaign to call attention to his plight demanding that Turkey — a NATO member — release Pastor Andrew without delay.”

Brunson’s wife Norine had also been detained, but was released Oct. 19 after the couple had reportedly been held in isolation two weeks and denied communication with U.S. consular officials in Turkey. The couple has three adult children studying in the U.S., including 18-year-old daughter Jacqueline Brunson, a college student in North Carolina.

The Brunsons’ daughter wrote in a press release, “It is both troubling and disturbing that my father, who has called Turkey home for the last 23 years, is imprisoned without cause.”

“I grew up in Turkey and saw firsthand how much he loves Turkey and the Turkish people” she noted. “He has exhibited nothing but love, mercy and grace during his time there.

“Our family is shocked by this latest development and we urge the government to release him immediately,” she said. “The best Christmas present our family could receive this year is the release of my father.”

Brunson had pastored the Izmir Resurrection Church of about 40 worshippers in Izmir, said the ICC, which estimated there are 100,000 Christians in Turkey, a country of 80 million people. Brunson is accused of having links with the Fetullah Gulen movement, accused by the Turkish government of instigating a failed military coup against Turkey President Recep Erdogan.

ICC Advocacy Director Isaac Six said Brunson’s arrest is part of a growing pattern of Christian persecution in Turkey that is exacerbated by attempts to overthrow Erodogan.

“With this move, Turkish officials are not only brazenly targeting an innocent American citizen and a Christian who has dedicated the last two decades to serving the Turkish people, they are sending a message to the rest of the world that religious freedom in Turkey is dead,” Six said in an ICC press release. “We call on officials in Ankara to release Andrew immediately and to ensure that all religious minorities in Turkey are protected from undue prosecution or persecution by anyone, including the Turkish government, on the basis of their faith.”

In Facebook updates, Norine is asking Christians to mail brief, encouraging letters to the pastor, but to translate them to Turkish to increase the probability that Turkish officials actually forward the notes to the pastor.

“To maximize the chances of notes reaching him, best to just write ‘senin icin dua ediyoruz’ (we are praying for you),” the pastor’s wife posted Dec. 13. “That will let him know that he is being remembered to the Lord and be encouragement enough.

“I’d love to flood him with notes so he sees the sheer number of people praying for him,” Norine said. “If people want to write a verse out in Turkish (looking it up on the internet), it will serve the extra purpose of being a witness to those reading! Do keep it short, though.”

An ACLJ petition for Brunson’s release has garnered more than 56,000 signatures at https://aclj.org/persecuted-church/american-pastor-andrew-brunson-wrongfully-imprisoned-in-turkey.