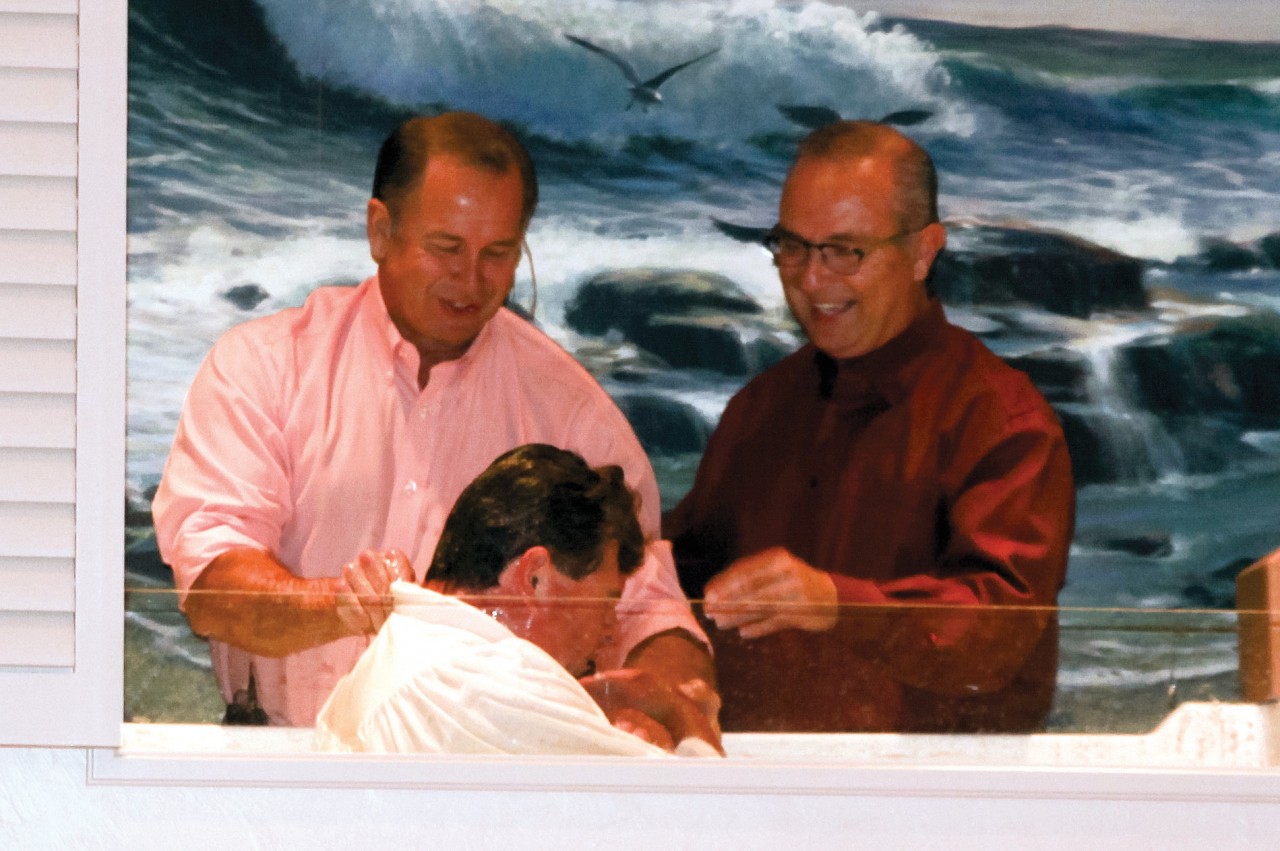 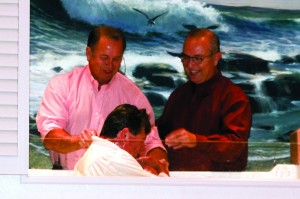 YUKON—Here is an example of the power of prayer, plus the impact of Sunday School classes, plus the cooperation of two churches. All three aspects combined resulted in a couple being involved in a church with the husband making a profession of faith and being baptized.

Bill and Jane Turner moved from Colorado Springs to Yukon close by to Yukon, Surrey Hills. The steeple of the church could be seen from their yard.

“I believe God started dealing with me first, getting me situated somewhere,” said Jane, who as Christian knew she needed to find a church home and would discuss with her neighbor Linda about spiritual matters. “One time on a Friday night I asked Linda, ‘Have you been praying for me?” She said, ‘I always do.’ ‘But have you been praying recently for me to go to church with you?’ I asked, and she said, ‘Yes, I have!’”

So that Sunday, Jane went to Piedmont, First with Linda and started attending a Sunday School class. Regularly, she would offer a prayer request to the class for them to pray for Bill’s salvation. Jane loved the class and felt a part of the group. She also enjoyed the teacher, Ken Flaming.

Sometimes, though, because of physical disabilities, Jane found it easier to attend Surrey Hills. She equally enjoyed fellowshipping and worshipping with this congregation, and with this church close by, Bill even considered joining her. 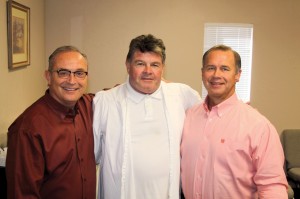 Turner, center, made a profession of faith after the prayer and influence of the two churches pastored by Lang, left, and Caldwell, right.

Jane was excited. Her husband would go to church with her, and he even wanted to try a Sunday School class at Surrey Hills. Jane also went to small group meetings Surrey Hills had on Sunday nights.

One time, Jane went to a Sunday evening group, and Flaming attended with his wife Sara. Jane offered again as a prayer request to this group to pray for Bill’s salvation. She remembered Flaming specifically voicing prayer for Bill, and she said she was convinced something would happen soon for Bill.

On the next night, Bill and Linda were home and heard a knock on the door. Gary Caldwell, pastor of Piedmont, First, had paid them a visit. He knew Linda had visited his church and was doing his regular Monday night visitation. After much conversation which included Caldwell asking Bill if he knew for sure he would go to Heaven if he died that night, Bill accepted Jesus Christ as his Lord and Savior.

Caldwell and Wendell Lang, pastor at Surrey Hills, were college roommates. Jane said Caldwell joked with Lang about being the one who led Bill to Christ, but what transpired was a unique observance. Bill wanted both pastors to be a part of his baptism.

“Wendell indicated that he wanted Gary to come and do this together with him,” Bill said. “They both got to speak and were able to baptize me.”

“We were just blown away how it came ‘full circle,’ how it started with that small group at Piedmont. God just works that way,” Linda said.

What started with a Sunday School class at one church, grew with a group from another church and culminated with both pastors officiating an observance of new life in Christ. May God continue to add to His church.