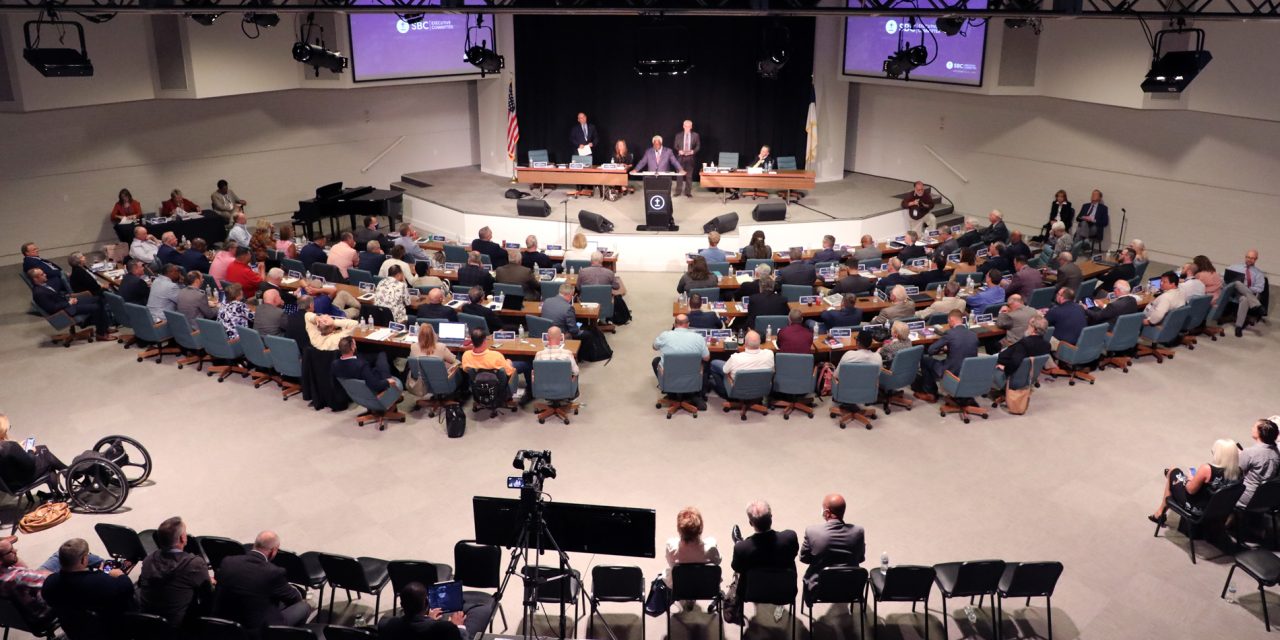 NASHVILLE (BP)—In its first meeting since messengers to the June 2021 Southern Baptist Convention Annual Meeting called for an independent, third-party review of the SBC Executive Committee, the EC responded to several routine motions and moved to fund the independent review but declined to waive attorney-client privilege for the time being.

After a three-hour extra session Tuesday afternoon, Sept. 21, the Executive Committee ultimately rejected a proposal from its officers and instead adopted a temporary measure to move the sexual abuse review forward leaving the details to be hashed out between the officers and the Sex Abuse Task Force within seven days. One of the most significant undecided details was whether or not the EC will agree to waive attorney-client privilege as Guidepost Solutions, the independent firm chosen by the task force to conduct the review, has requested. In the motion passed SBC messengers in June, the EC was instructed to abide by the recommendations of the third-party firm, up to and including the waiver of attorney-client privilege.

The EC also has hired Locke Lord, a Dallas-based firm, as additional legal counsel to help navigate the forthcoming independent review. In approving a recommendation from the EC’s Committee on Convention Finance and Stewardship, members voted to fund, from its operating reserves, the EC’s legal fees related to the Guidepost review up to $500,000.

A matter of trust

Both Bruce Frank, chair of the Sexual Abuse Task Force named by SBC President Ed Litton, and Litton himself stressed the importance of maintaining trust within the Convention.

“A non-profit that doesn’t have the trust of either the messengers or the mission or the mission field is going to be impacted far more by not dealing transparently with any mess than if they deal honestly with it,” Frank said in a Monday afternoon, Sept. 20, session before members voted to go into executive (closed) session to discuss the Guidepost proposal.

Later that evening in his address to EC, Litton said the SBC is struggling.

“And it’s a crisis of trust,” he said. “However you label it, there’s a solution and that solution is with us. Our churches want to see our entities working together in harmony, and they want to see the EC leading the way.”

International Mission Board President Paul Chitwood reported that missionary numbers have begun to tick back up after years of decline, and New Orleans Baptist Theological Seminary President Jamie Dew gave an update on the school’s recovery from Hurricane Ida.

GuideStone Financial Resources President-elect Hance Dilbeck made his first visit to the EC since his election in a joint appearance with outgoing president O.S. Hawkins.

After each report, various EC members prayed for the entity and the leader who gave the report.

Though discussion related to the independent review took up the vast majority of members’ time, the EC also accomplished other business at the meeting, including: