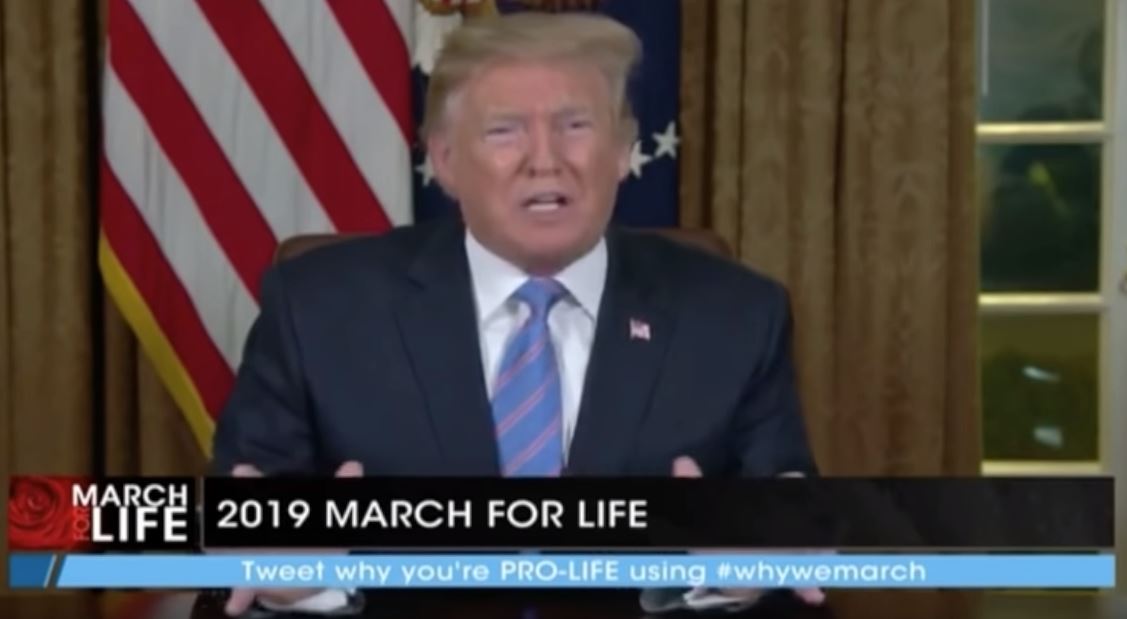 “He will be the first president in history to attend, and we are so excited for him to experience in person how passionate our marchers are about life and protecting the unborn,” March for Life President Jeanne Mancini said in a press statement.

“From the appointment of pro-life judges and federal workers, to cutting taxpayer funding for abortions here and abroad, to calling for an end to late-term abortions,” Mancini said, “President Trump and his administration have been consistent champions for life, and their support for the March for Life has been unwavering.”

Other presidents have addressed the rally by video or phone, the Washington Post reported, but Trump will be the first to speak at the event.

“I ask every citizen of this great nation to listen to the sound of silence caused by a generation lost to us,” Trump said Wednesday Jan. 22 announcing his participation, “and then to raise their voices for all affected by abortion, both seen and unseen.” Trump addressed the crowd by video in 2019.

Among those applauding Trump’s scheduled appearance are Abby Johnson, a former Planned Parenthood clinic director who is now a pro-life advocate, leading a ministry to help others leave abortion clinic employment. The 2019 movie “Unplanned” is based on her journey.

“Pro-lifers, there has NEVER been a president in U.S. history that has done more to break down the abortion industry more than @realDonaldTrump. Not Bush, not Reagan…no one,” she tweeted after Trump’s announcement.

Johnson will be speaking at the 29th annual Rose Day Feb. 5 at the Oklahoma State Capitol. Visit RoseDay.Life for more details.

Also on the speakers lineup are David Platt, pastor of Vienna, Va., McLean Bible, and former International Mission Board president; and Jim Daly, Focus on the Family president.

Southern Baptists have long been active in the march which began in 1974, a year after the 1973 Roe v. Wade U.S. Supreme Court decision legalizing abortion.

Tens of thousands of pro-life advocates are expected to attend the rally before marching up Constitution Avenue to the Supreme Court Building and the Capitol.

Nearly 90 local marches are being observed in more than 30 states in January, with at least seven additional local marches scheduled through May, according to marchforlife.org.