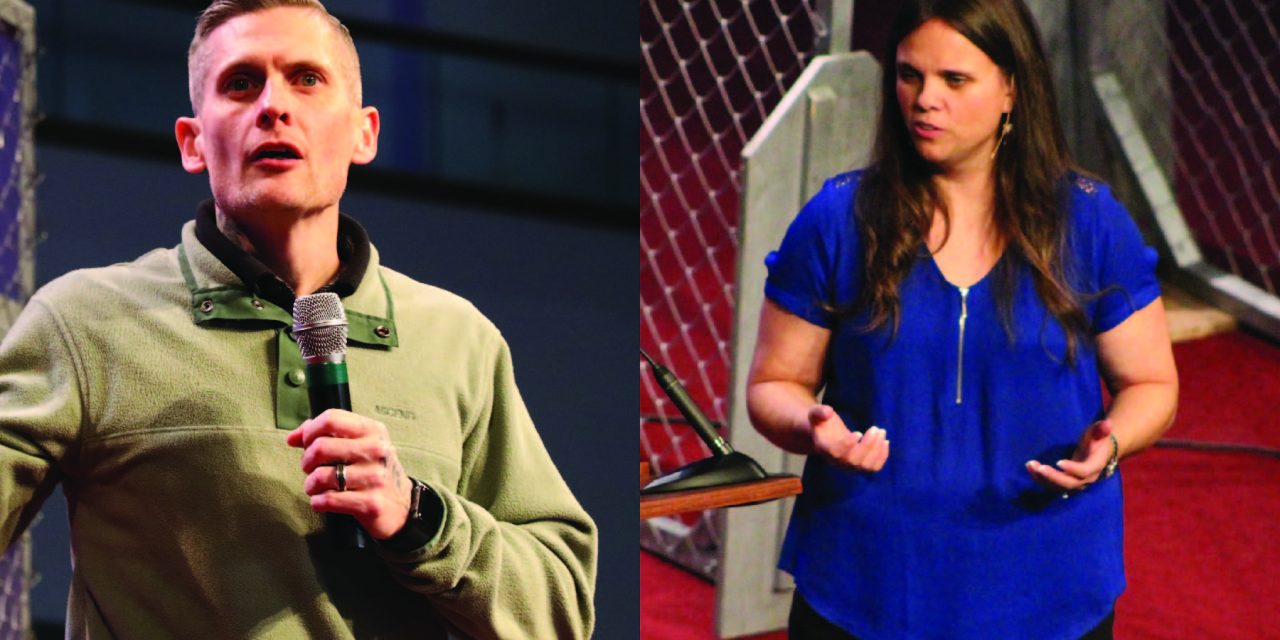 On Monday, Jan. 24, at Oklahoma Baptists’ Advance Conference, attendees were blessed and inspired to hear two individuals give personal testimonies of how the Lord saved them and transformed their lives.

Laura Perry: From transgender to transformed

Sharing at the Advance Conference, Laura Perry shared how, for nearly 10 years of her life, she lived as a transgender man. 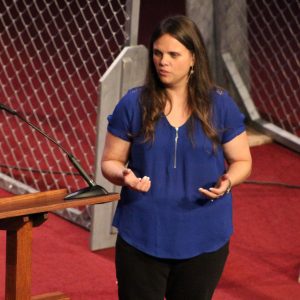 Laura Perry shares her testimony at the Advance Conference, telling how God transformed her life.

Perry’s story has been told previously in the Baptist Messenger, but this was the first time many heard Laura share about growing up in a Christian home, attending Bartlesville, First but not understanding the Gospel

“The reality is, I didn’t know what Jesus was offering,” Perry said. “All I understood was the rules and trying to please God by our own works by our own flesh.

“I remember consciously thinking at one point, I want to be opposite of a Christian,” she added. “I want to sin in every way possible, and I just hated God and I hated my parents. I hated everyone in my life. I was angry. I kept going deeper and deeper in sexual sin.”

After embracing the transgender life, Laura, who went by the name “Jake,” had become estranged from family members and the church and was living with a partner who also identified as transgender.

Perry shared that beyond altering her name and outside appearance, she even took hormonal and surgical steps that she believed would make her a man, including a mastectomy surgery.

“The truth was that my surgery hadn’t made me a man,” she said. “There was hardly a day that went by that I wasn’t aware of the truth. I’ve talked to so many who have lived that lifestyle and they say, ‘Oh yeah, I knew the truth the whole time.’

Yet God was at work in the lives of Laura and her parents. A video was shown featuring Laura’s mother, Francine, who herself experienced a change of heart. Francine said, “It was as if God said to me, ‘If you keep trying to fix Laura yourself, I will not. If you just sit down and leave Laura to me, I will work.’”

Laura’s transformation, resulted in her repentance and faith in Christ. She also was led by the Lord to embrace her God-given sexuality as a woman.

“God didn’t make me clean myself up for Him; He rescued me right where I was,” Perry said. “God had been pursuing me the whole time. God had been answering my parents’ prayer. They didn’t know it for years, but He was answering (my parents’) prayers.”

Perry is currently involved in ministry work helping families impacted by LGBT, sharing the hope and love of Jesus. She announced at the Conference that she is now engaged to be married to a Christian man.

Perry’s testimony speaks to the redeeming power of God in a world awash in LGBT ideologies. It also gives hope to any family facing a prodigal situation.

Adam Mask serves as church planting pastor of Coweta, Community. There was a time in his life when his current role would be unthinkable. 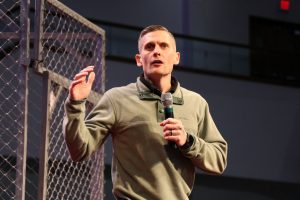 Adam Mask gives testimony of being free from drug addiction and now serving as a pastor.

In a testimony he shared at the Advance Conference, Mask shared that he was a drug addict who had been arrested and sentenced to prison for drug-related crimes.

All throughout his prison sentence, Mask longed to be free. That moment finally came.

“In 2010, I was broken and suicidal,” he said. “I had (been) paroled up to Broken Arrow to live with my parents in 2007 after spending a year and a half in a Texas prison for possession of controlled substances with the intent to distribute.”

Amid that time of despair Mask called out to the Lord. What happened next surprised Mask. God impressed upon him the idea to “go to church.” A quick internet search led him to Broken Arrow, First.

Since that year, Mask went on to serve the church in volunteer roles and ultimately as church planting pastor. He has served at Coweta, Community since 2015. He and his wife Grace have children and a thriving ministry in Coweta.

“I am a testament to the fact that no one is beyond God’s reach,” he added.

The testimonies of Perry and Mask will be made available online at oklahombaptists.org in coming weeks.