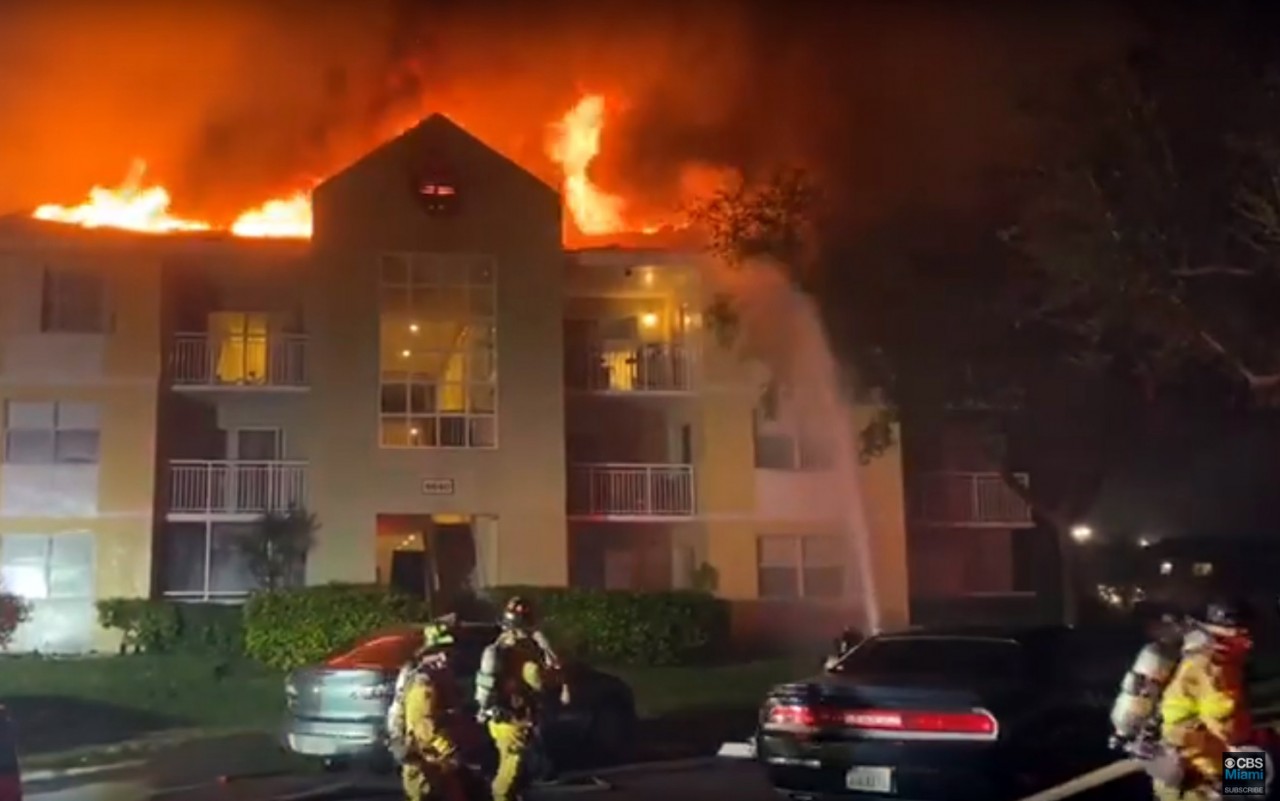 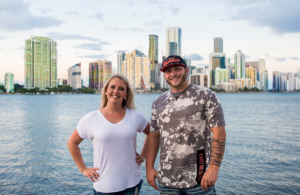 We heard the alarms, walked outside and saw that the building was on fire, so we went back in and helped get everybody out,” said Gibson, who is planting Village Church in nearby Cutler Bay.

Miami-Dade firefighters responded to the fire that left 24 families displaced that night. Due to the fire’s intensity, it took 26 crews almost 90 minutes to subdue the flames.

While no injuries were reported, “everyone was dispersed, and no one was allowed to go back in except one-by-one to grab some things,” Gibson said.

The Florida Baptist Convention came alongside the Gibsons with funds to book a hotel room and buy food.

The next day, the Gibsons began to consider the expenses they had incurred as just two people. “Other families have kids and they didn’t wake up the next day to a monetary gift,” John Michael Gibson said.

Gibson began reaching out to nearby churches to help families replace spoiled food and any other essentials that were lost in the fire.

“We want to stand in the gap with them,” he said.

Local churches have committed $1,500 while employees of Cutler Bay Middle School, where the church meets, have collected grocery store gift cards to help the displaced families restock their refrigerators.

Al Fernandez, catalyst for the Florida Baptist Convention’s southeast region said the pastor and his wife have been “intentionally gathering a core group of unchurched people to launch a Gospel-reaching and teaching church in Miami.”

The Village Church averages 40 in attendance since starting Sunday evening worship services at the local middle school. They were planning to begin meeting on Sunday mornings when the fire broke out in the apartment building.

“My experience tells me that when God is going to do something amazing through a church plant, spiritual warfare always breaks out against the pastor’s family,” Fernandez said.

“In a strange way this is a good thing knowing that ‘the gates of hell will not prevail’ against this fledgling church.”