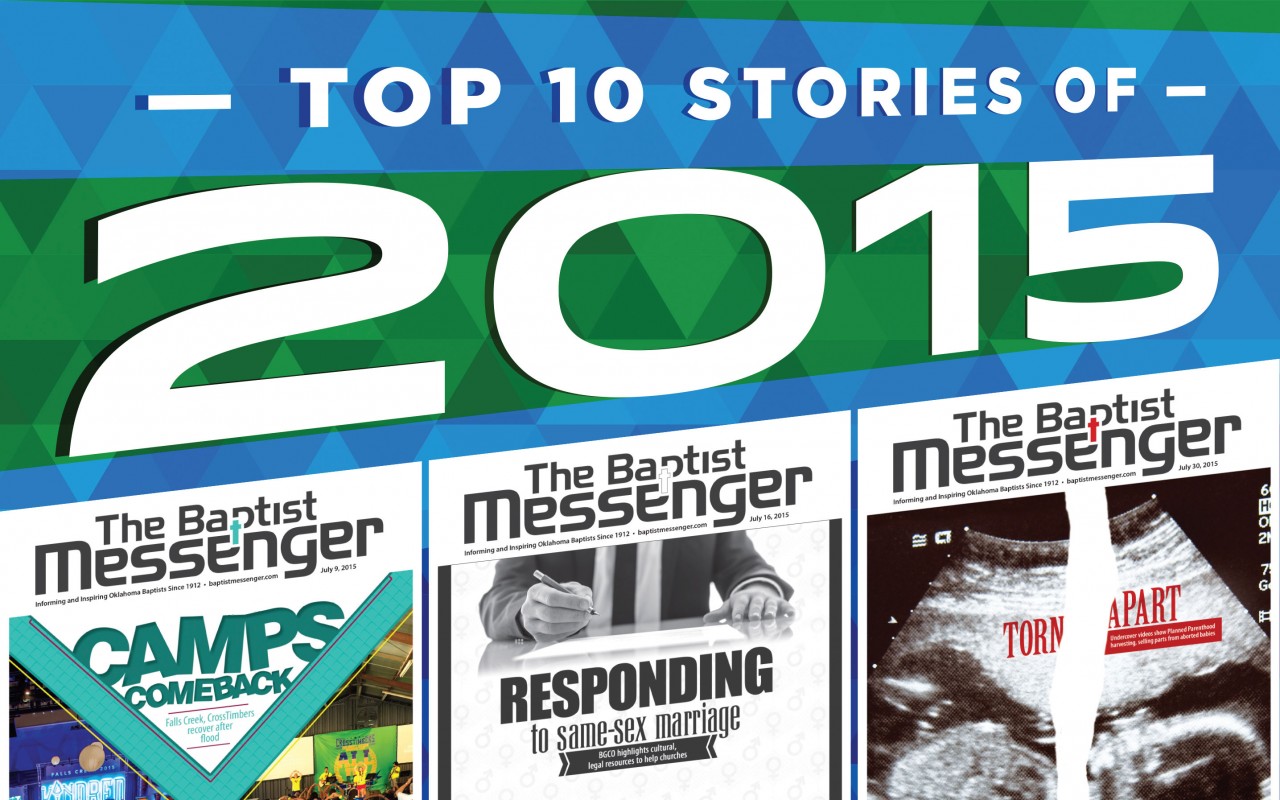 Another eventful year has passed for Oklahoma Baptists, as 2015 featured flood recovery, response to a renowned judicial ruling and exposure of the nation’s leading abortion provider selling aborted baby parts. The Baptist Messenger’s first edition of 2016 looks back on these stories and others that made the top 10 list from 2015, according to the Messenger staff.