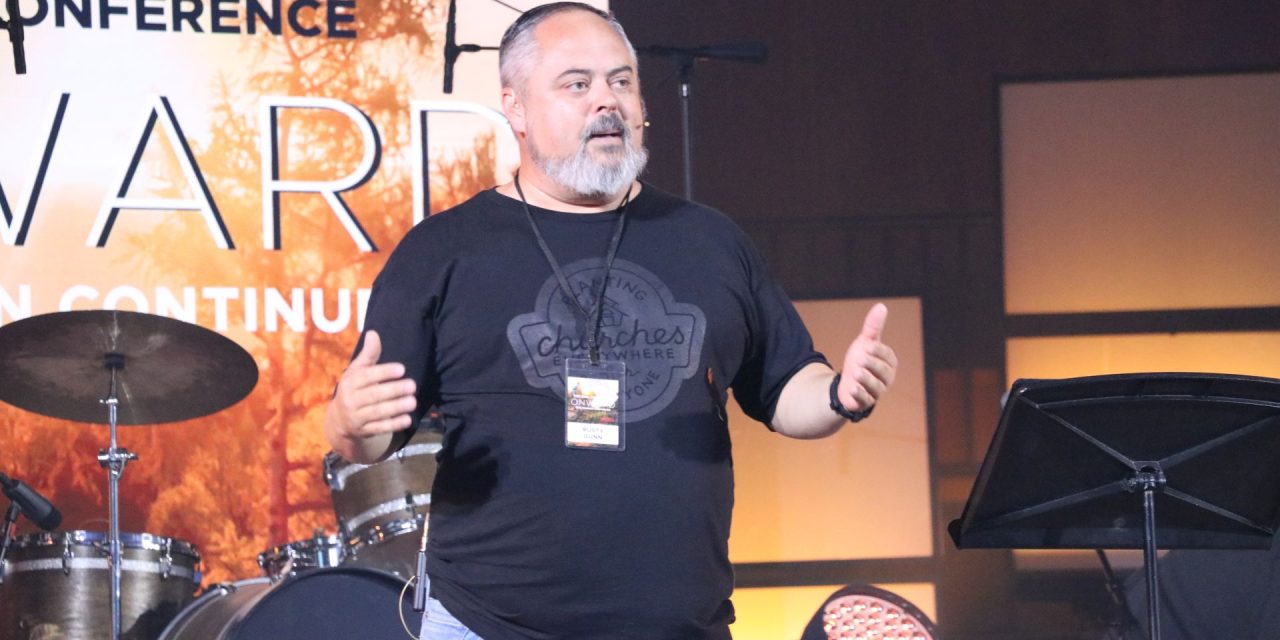 Above: Rusty Gunn, pastor of Sand Springs, Church That Matters, spoke on how to discern between what all Christians are called to do and God calling those to vocational ministry.

SHAWNEE—“Onward” was this year’s theme of The Call Conference, which met Aug. 27 at Oklahoma Baptist University (OBU), and 477 attendees representing 79 different churches were encouraged to move onward in the calling God has made in their lives. 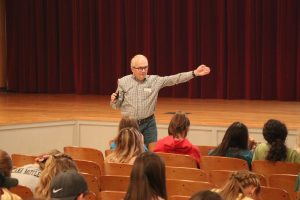 Elbert Smith, director of OBU’s Tom Elliff Center for Missions, helped students understand a call to missions during his breakout.

“God is going to continue to move His church onward,” said Brian Baldwin, who serves as student evangelism and missions partner for Oklahoma Baptists. “We should know that He is going to do that, but also, we should press on toward the goal, according to Phil. 3:14. This is a journey that we are pressing toward. Students come and try to discover that calling or deepen that calling. Many are just trying to sort out what this even means in their life. The Call Conference helps students understand what it means to be called to the ministry and to missions.”

Whether they answered God’s call at the summer youth weeks at Falls Creek Baptist Conference Center or at another summer camp, or they are needing confirmation or direction for this calling in their lives, students were able to find fulfillment at The Call Conference. Baldwin knows The Call Conference also is helpful for local church leaders who are encouraging and discipling these students. 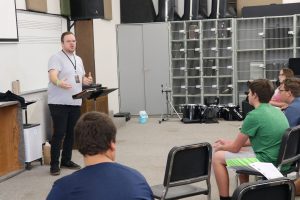 “On the local church level there is a burden for the next generation of leaders,” Baldwin said. “It is the local church’s job to multiply and raise people up. The Call Conference provides churches an event for them to bring people to who have been called to vocational ministry. They will know how to move forward, but also leaders learn how to help and guide these students who are called to ministry and missions.”

“It’s a great place to come and learn,” Russell said about The Call Conference. “I am called to worship ministry. The Lord has opened doors to confirm that call. There are a lot of students who don’t know how to discern the Lord’s calling on their lives, and The Call Conference is a great place to find that discernment and learning the next steps to take toward the calling God has for them.”

Rusty Gunn, pastor of Sand Springs, Church That Matters, was the keynote speaker in the opening session of The Call Conference. His sermon helped encourage students to know what all Christians are called to do and what those whom God called to a life of ministry or mission work.

Gunn shared his testimony of how he struggled for three years after God called him to full-time ministry.

“I didn’t have The Call Conference to help me wrestle through some of those things to help me understand there really is a cost to this,” he said.

Gunn clarified the difference between what all Christians are called to do, which he said are “common contributions” and those God calls to a life committed to vocational ministry.

Other keynote speakers at this year’s Call Conference were Mario Melendez, OBU professor of Old Testament and biblical studies, and Tom Elliff, longtime pastor who now serves and mentor and facilitator of the Tom Elliff Center for Missions at OBU.

The Call Conference offered 13 different breakout sessions that cover a wide array of ministry possibilities. “Called to Obedience” was a breakout specifically for new believers in Christ and was led by Matthew Emerson, OBU dean of theology, art and humanities and professor of religion.

Those who participated in past GoStudents mission projects or were interested in GoStudents had the opportunity to meet for a special luncheon during The Call Conference.

At the end of The Call Conference, church leaders presented to participating students wooden arrows that featured a prayer and Phil. 3:14.

For more information on The Call Conference, visit oklahomabaptists.org/thecall.