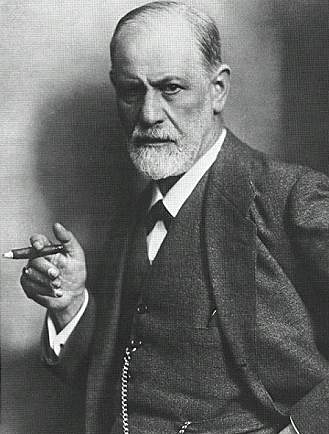 Life without God is difficult to sustain.  This became apparent when reading Armand M. Nicholi, Jr.’s The Question of God.  In this book Nicholi pits the thinking of C. S. Lewis (the theist) against Sigmund Freud (the atheist) and the result is a fascinating interaction between these monumental minds.  One of the more interesting moments in the book is when Nicholi brings to light some of Freud’s letters. Curiously, these letters are laced with references to God. Here are some excerpts:

“I passed my examinations with God’s help”; “if God so wills”; “the good Lord”; “until after the Resurrection”; “science seems to demand the existence of God”; “God’s judgment”; “God’s will”; “God’s grace”; “God above”; “if someday we meet above”; “in the next world”; “my secret prayer.” In a letter to Oskar Pfitser, Freud writes that Pfister was “a true servant of God” and “was in the fortunate position to lead (others) to God.” (51)

Confused?  Peculiar words coming from an atheist. Nicholi continues, “Can we not dismiss all this as merely figures of speech—common in English as well as in German?  Yes, if it were anyone but Freud.  But Freud insisted that even a slip of the tongue had meaning” (51).  A Freudian slip indeed.

These glaring examples point to the difficulty of maintaining a purely materialistic view of the world.  This is because life without God sucks the humanity out of the individual.  When one loses God, they lose themselves.  In order to retain the pieces of one’s humanity, the atheist must often become a bundle of contradictions.  This is how Lewis felt during his atheist days.  As Nicholi reminds, Lewis, although denying the existence of God, remained angry at God for not existing.  And Lewis was just as upset at this God for creating a world and thrusting humanity—against their will—upon its stage.

If life without God strips away one’s humanity, then the concerns of Craig M. Gay become all the more urgent.  Gay’s The Way of the Modern World argues that the modern world encourages practical atheism.  While believing in God, many of those inhabiting the modern world function as if God did not exist.  This is what Gay means by practical atheism.

Gay looks at the way major institutions and spheres impart to individuals a way of viewing the world that nudges God to the periphery.  Consider the political sphere (not just American politics but modern political structures in general).  The sheer size of modern states along with their technological resources gives punch to the plausibility that they can solve any and every problem.  And the individual’s faith in modern politics transcends individual politicians and parties.  Gay says, “While we may lose faith in this or that politician and/or party from time to time, our belief in the potential of the political process tends to be unshakable”.  With so much faith residing in government individuals are tempted to look to God less.

And it’s not just the political sphere.  Technology’s increasingly firm grip upon modern life also diminishes the individual’s perceived need for God.  As moderns place more dependence upon technology their dependence upon God tends to wane.  In part, this is due to technology’s (and more generally, science’s) tendency to give the individual’s perception of the world a pragmatic hue.  In other words, the technological mind is an instrumental one, too busy for less “practical,” more metaphysical and theological reflections.

Similarly, modern economies press the practical to the fore of one’s thinking.  These modern economic structures also give individuals unprecedented wealth and the time to enjoy such wealth.  This tends to redirect the individual’s gaze to earthly pursuits.  While this has always been an issue (see Jesus’ extensive words on the problem of wealth), Gay believes that “modern economic life exhibits a certain pattern that appears to exacerbate this age-old problem”.

Making for an ironic twist, Gay contends that one of the features animating this practical atheism is modernity’s radical faith in individual autonomy.  In other words, the problem has less to do with the systems, structures, and processes of the modern world that exist outside the individual and more with assumptions that are tucked deeply inside the individual.

So what is one to do?  Gay prescribes that individuals must repeatedly remind themselves that they do not need “bigger machines”, “better tools”, “more effective techniques”, “better education”, “more information”, or “better theoretical constructions”.  Instead, individuals need something far more radical than those things.  In order to align one’s profession with one’s actions and thinking, or, in order to bridge the public/private split, individuals need nothing less than a new heart, a heart of flesh to replace the heart of stone.