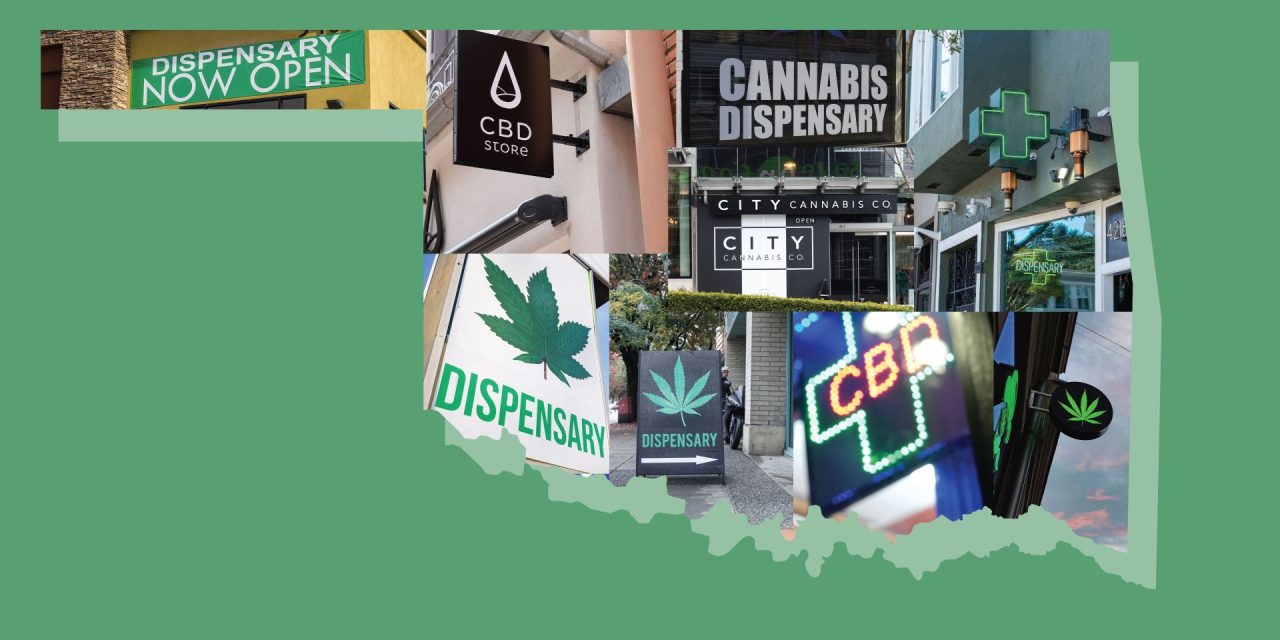 Do you recall that movie scene from “It’s A Wonderful Life,” when George Bailey (played by Jimmy Stewart) is given a glimpse of what life would be like in his lovely town of Bedford Falls, had he never lived?

To his horror, George finds himself not in his quaint town of Bedford Falls, but in Pottersville, a city marked by vice. He sees streets rampant with establishments thriving on addiction, lust and greed.

For some Oklahomans who have lived in the Sooner State for decades, it seems like we too have awakened to find ourselves in a place like Pottersville in just a short matter of years.

For evidence of this, look no further than the rapid advance of legalized marijuana in Oklahoma over the last four years. Drive around your average city block, and what do you see? Decades ago, you would see a thriving church, a locally-owned bank, a diner and a nice school. Today, you see a marijuana dispensary and perhaps a casino.

In 2018, voters approved a state question presented to the public as mere medical marijuana. Yet the resulting effects of it have been rather more than that, with the number of marijuana dispensaries in Oklahoma alone now exceeding the number of Baptist churches. The amount of farmland converted in recent years to marijuana growing operations is staggering. And no city or town is without a business sign boasting a green marijuana leaf.

Yet all this is a warm-up act to what will happen next if voters approve a recreational marijuana state ballot question that is heading to a voting place near you. To be specific, State Question 820 has been approved for a vote of the people and could appear as soon as 2022.

This measure would fully legalize the recreational use of marijuana for Oklahomans 21 years and older. Proponents of the state question have used noble sounding phrases to advance their drugs’ cause, phrases like “sensible laws,” “the tax revenue will help education.” Socially liberal votes with promises of good end results, meanwhile, often end up being empty promises that only invite furthering social harm and breakdown.

The fact of the matter is, to approve recreational marijuana means removing important legal barriers between the people of this state and the trafficking of these addictive, mind-altering drugs. Oklahoma Baptists approved a resolution in 2018 against recreational marijuana, saying the drugs leave “neighborhoods and schools vulnerable for exploitation.”

If this ballot measure is approved, Oklahoma would become one of only a few states to have legalized this habit-creating drug, even putting us at odds with current Federal laws against this controlled substance. Legalized marijuana poses health and safety risks to the families and communities of Oklahoma, as well as bringing profound moral consequences.

Oklahoma voters will have the power to say “Enough” when it comes to the advance of marijuana our state. It is time for Oklahoma Baptists to urge caution against this unwise, unnecessary ballot question.

Oklahoma voters can “just say no” to making our state a place of vice, a place like Pottersville. Let’s not let Oklahoma continue to go to pot.