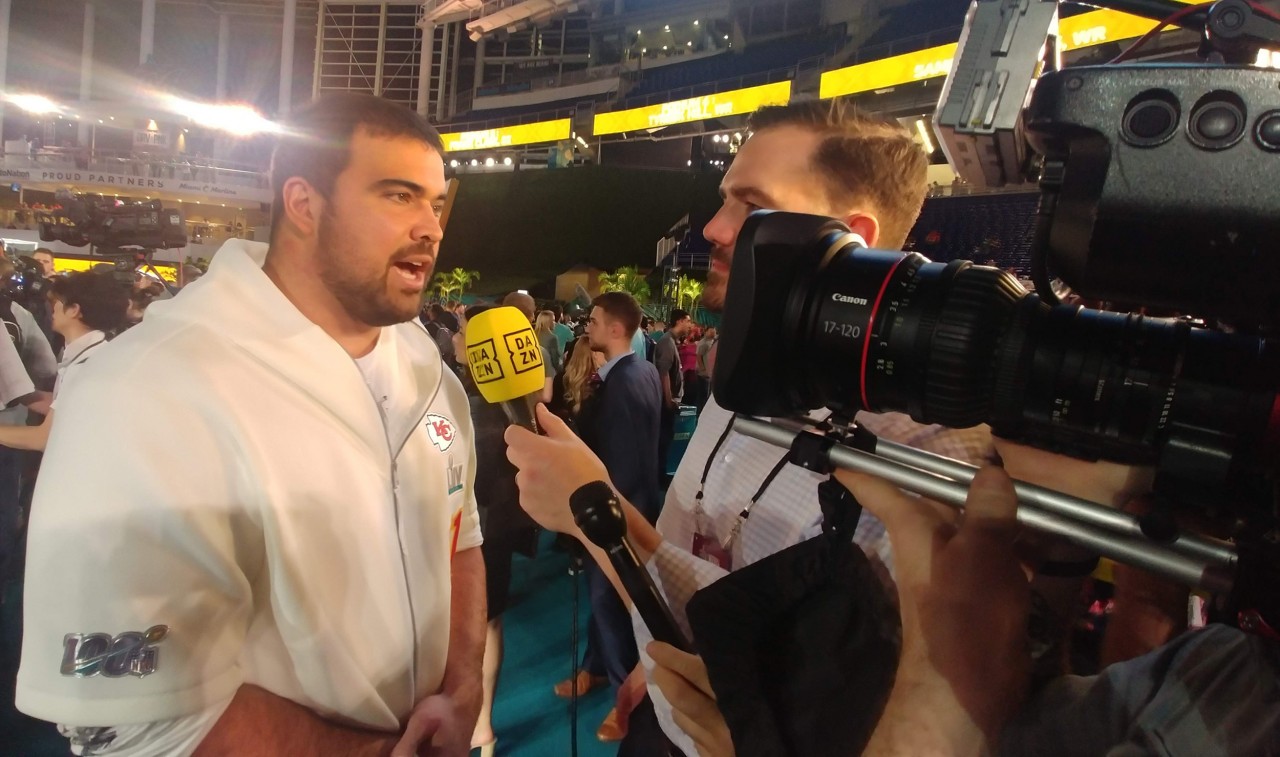 MIAMI, Fla. (BP)—Stefen Wisniewski of the Kansas City Chiefs thought he had everything figured out during his teenage years in Pennsylvania. Though he was raised in a Christian home with godly parents and attended church regularly, he admits that he was more self-sufficient than he should have been. 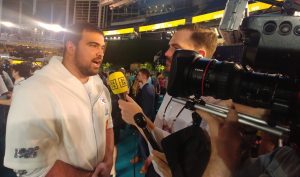 A car crash changed Stefen Wisniewski’s perspective about life, about God and about his faith. “… At the end of the day, knowing Him is far better than any joy that football has to offer,” Wisniewski’s says. Photo by Tim Ellsworth

A car crash changed Wisniewski’s perspective about life, about God and about his faith. He was with friends and driving too fast on a winding road when he lost control of the vehicle, hitting the guardrail and careening off the road and down a hill before stopping in someone’s backyard.

Nobody in the demolished vehicle was hurt, but Wisniewski was shaken. He had recently heard a sermon on Gal. 6:7: “Don’t be deceived: God is not mocked. For whatever a person sows he will also reap.” As he stood outside the car waiting for the authorities to arrive, Wisniewski realized the truth of that verse.

“I thought I could mock God by doing what I wanted, but on that night I finally reaped what I sowed,” he wrote in a testimony at Beyond the Ultimate, a website by Athletes in Action. “In reality I received not justice from God, but mercy, as He protected all of us in the car from injury, and He stopped us from ending up in the lake that was only 50 yards ahead of where we stopped.”

That accident was a wake-up call for Wisniewski, who has been walking with the Lord more faithfully since that crash more than 10 years ago.

A newcomer to the Chiefs, Wisniewski signed with Kansas City about halfway through the year after Philadelphia released him in August. He was the starting left guard and won a Super Bowl with the Eagles during the 2017 season.

His teammates speak highly of Wisniewski’s spiritual leadership and his football experience, especially with a Super Bowl ring to his credit. Kansas City fullback Anthony Sherman said Wisniewski is one of the team’s “mainstays.” Long snapper James Winchester cited Wisniewski’s biblical knowledge and said he contributes to an “iron sharpening iron” dynamic among the Christians on the team.

And punter Dustin Colquitt, who often takes turns with Wisniewski leading in team prayers before games, said Wisniewski is so fiery and passionate about the Lord that “he could be a preacher in the South.”

Though playing in the Super Bowl is not a new experience for Wisniewski, the spotlight that comes with it can make it easy to start loving attention and personal glory and believing that his worth comes from football.

“I always just remind myself that I everything I have comes from God,” he said. “Job said, ‘Naked I came into this world, and naked I will depart. The Lord gives. The Lord takes away. Blessed be the name of the Lord.’

“I came into this world with nothing, and God gave me these abilities,” Wisniewski continued. “I’m only here because of Him. So, I’m grateful to Him for why I’m here. And at the end of the day, knowing Him is far better than any joy that football has to offer.”

Bowing before Christ in worship each day helps Wisniewski remember that God is big and he is small, he said.

“That’s really the best way to be reminded when you’re in the presence of God, you can’t think you’re a big deal, because none of us are a big deal compared to Jesus.”