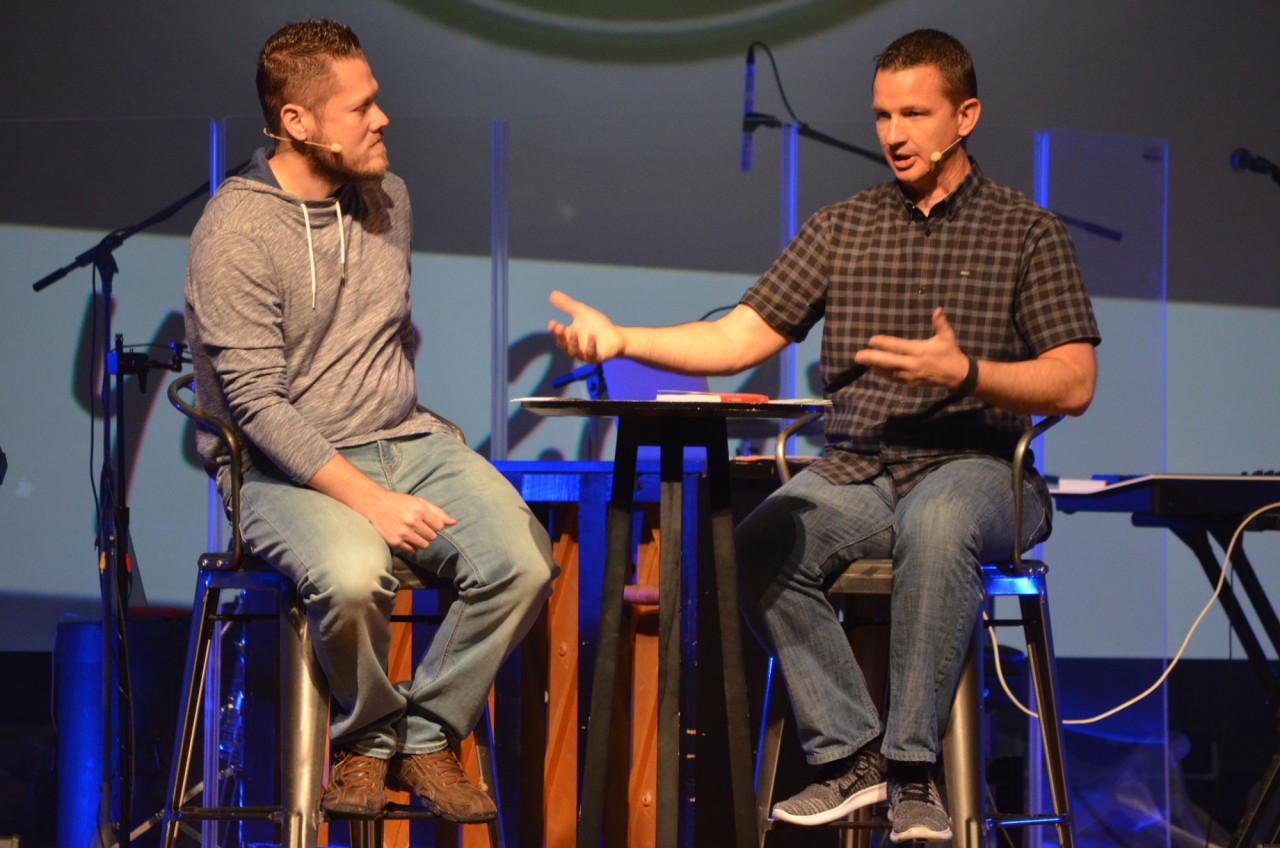 DAVIS—Students who attended the Youth Evangelism Conference (YEC), Jan. 15-16, were offered the opportunity to make a 48-hour pledge that would begin soon after the event, which met at Falls Creek Conference Center.

The pledge, offered by YEC keynote speaker Greg Stier, involved sharing the Gospel with someone within 48 hours after YEC concluded. Stier, founder and president of Dare 2 Share Ministries, said he wanted students to have an immediate response because what usually happens after attending evangelistic events, they return to normal lives and don’t apply what they learned at the conference.

After offering the 48-hour pledge, Stier asked how many would commit to sharing the Gospel in the next 48 hours. Many hands across the Tabernacle went 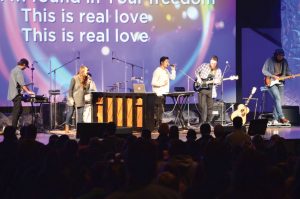 Stier then asked those committed to the 48-hour pledge to get up, seek a leader from their church and tell the leader of whom they would share the Gospel. Leaders then would pray with the students over these commitments.

It did not take 48 hours to get feedback. Brian Baldwin, student evangelism specialist for the Baptist General Convention of Oklahoma, said he was told two students shared the Gospel and led their friends to Christ within 24 hours of YEC’s conclusion.

“A student from Ardmore, First indicated to his youth pastor (Jake Anson) that he led his friend to the Lord just a few hours after the conference had ended!” said Baldwin. “And then, a student from Wapanucka, First shared the Gospel on the bus (to school) the day after and led someone to Christ!”

For the second consecutive year, YEC met at Falls Creek drawing more than 1,900 people who represented 103 churches. Along with meeting at Falls Creek, another twist this year was meeting on a Sunday-Monday track, during the weekend involving Martin Luther King Jr. Day.

“We brainstormed on what we could do to make it more available for students to attend,” Baldwin said. “We had it in February last year. The greatest reason we heard from people (for not attending SEC) is because of sports conflicts.” Baldwin also said many church student ministries offer its Disciple Now (or D-Now) weekend events during February, interfering with YEC last year.

Having it in January and beginning on Sunday also increased Sunday attendance, Baldwin said. YEC was designed this year to incorporate Sunday School at the respective churches with a special Bible study to kick off YEC before heading to Falls Creek that afternoon.

YEC is in its third year of offering more training in evangelism instead of the large rally format in previous years. Baldwin said Stier was the perfect speaker for this new design for YEC.

“Greg has done these kind of events for 25-plus years,” he said. “There’s nobody in the country who can come close to having the experience and the ability to motivate students at an event like this.”

Both Baldwin and Stier led a session going over a conversation strategy for sharing the Gospel with someone. The strategy involves the acrostic “G.O.O.D.N.E.W.S.,” which includes Go to God in prayer; Open up a conversation; Observe and admire what they believe; Describe what you believe; Note your testimony; Examine if that’s happened to them; Welcome them to trust in Jesus; and Show them what to do next.

Clear Vision drama team also were a part of the YEC main sessions. Providing both humor and passion, Clear Vision communicated an evangelism emphasis in each performance.

“Students were on the edge of their seats,” said Baldwin about Clear Vision’s presentations. “The idea was to go for their heart. Your heart should be broken for the lost because there is a hell they are going to and a hell they are going through. (Students) may not remember every word of a sermon, but they will remember that drama and that picture in their mind.” 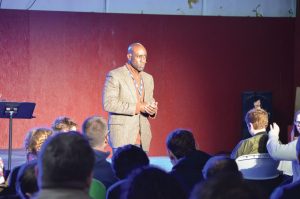 Lee Roland led a popular YEC breakout class titled ‘How to be Salt/Light in Times of Racial Tension;’

Ten breakout topics were offered for students during YEC. Baldwin said the topics were designed from feedback he received after surveying 100 state youth pastors.

One popular breakout class was over cultural engagement. Lee Roland, children and families pastor at Oklahoma City, Cherokee Hills led the meeting titled, “How to be Salt/Light in Times of Racial Tension.” Each class was well attended.

“It was one of those things students want answers for,” said Baldwin about Roland’s breakout class. “They want to know what God’s Word has to say about (racial tension) and also what is the answer to these problems and how the Gospel can be a part of that. I found a quote from Martin Luther King which said, ‘Before I’m a civil rights leader I’m a preacher of the Gospel.’ I thought it was also good that we offered this breakout on Martin Luther King’s birthday.”

Many other breakout topics were well accepted, as classrooms were filled during the three session periods.

Baldwin said they are looking forward to next year’s YEC with the theme being “Fearless.” Author and Bible teacher Zane Black is a favorite Falls Creek speaker who will be speaking at YEC 2018, Jan. 14-15.