Stillwater Soccer “does it for Don” 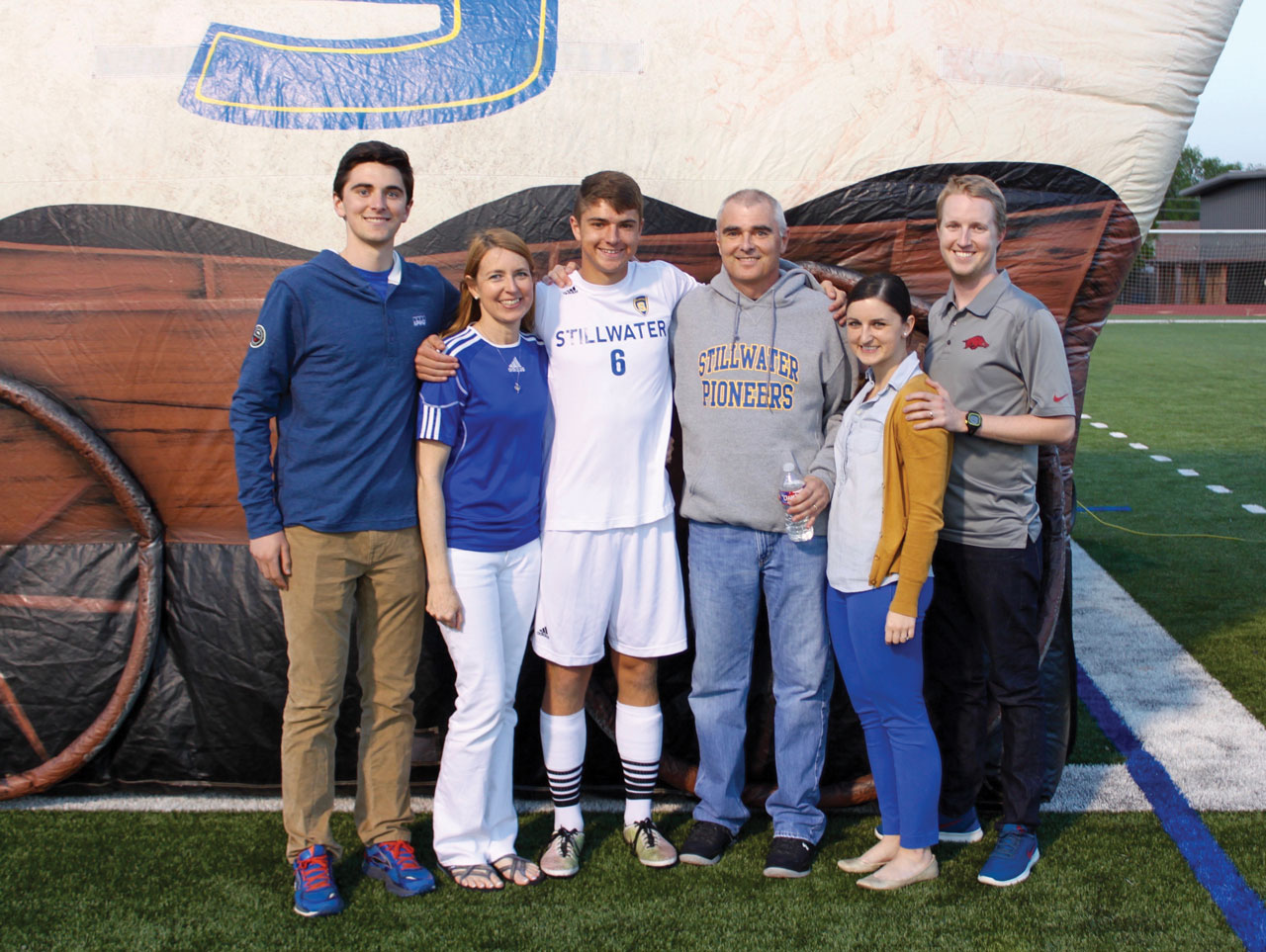 STILLWATER—Stillwater High School has just come off of its most successful soccer season in school history. On this record-breaking team is Micah Herrmann. Micah’s senior soccer season was one for the books and one of the most memorable, for more reasons than one.

Micah is from a family that loves soccer. He was raised around the sport, as his older siblings paved the way for his love of the game. Don Herrmann, Micah’s dad, has been coaching 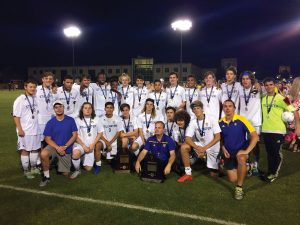 The Stillwater soccer team poses with their trophy at the state championship match.

Micah since he was just old enough to play at 3 or 4 years old. When he was even younger, it was all his mom, Mary, could do to keep him off of the soccer field while his brothers were playing.

Micah has played other sports growing up, but ultimately chose to focus on soccer. Micah made the varsity team his freshman year at Stillwater, many thanks to his dad.

Don Herrmann has always coached Micah and his friend’s soccer teams from when they were in first grade to around the time they were in junior high. Even though he played tennis in college, Don grew to love soccer as well.

Now a senior, Micah and his teammates made it to the state finals this year. This was Stillwater’s first championship experience, and it was a nail-biter. The Pioneers faced the Broken Arrow Tigers in a  double overtime battle that led to many rounds of penalty-kick shootouts to determine who would take home the gold.

Ultimately, Stillwater placed second in the state, after a stellar season of growth and school records. But one thing in particular made this season memorable. One of the biggest fans of Stillwater soccer found out in late March that he had an aggressive Glioblastoma brain tumor. It was Micah’s Dad, Don.

Don, an accounting professor at Oklahoma State University, had noticed dizziness and other symptoms like memory loss that led him to go to the doctor where he received an MRI. It was after that appointment that the Herrmanns learned their dad and number one supporter had brain cancer and that he would need to have the tumor removed immediately.

They found out that the tumor was the size of an egg and that scheduling a surgeon to remove the tumor immediately might prove difficult. However, the Lord provided not just one but two surgeons available within the next few weeks able to perform the surgery.

It was around the time of Don’s surgery that Micah and his teammates were playing Bixby, a school rival, in the district championship game. The team and school rallied around the Herrmanns and the soccer team displaying signs that said “Don Strong” and
“Do it for Don.” The players had “Don Strong” on their cleats and most importantly in their hearts.

The game was at a draw with just minutes remaining on the clock when Tuli Mwarumba, the team’s so-called “X-factor,” broke loose and launched a ball towards the goal. It went in, and Stillwater won the game. When asked immediately after the game about the goal, Tuli said it was for Don.

Fast forward to the state championship game. Mary wrote a devotional for Micah, Tuli and several members of the team. In this devotional she talked about how Christ is, in fact, the “X-factor” of our lives, and of the Herrmann family’s lives.

Mary wrote, “Remember that when you live for Christ, to die is gain!  Don has terminal cancer, but he does not fear death because He knows like Job (Job 19:25-27) that his Savior and Redeemer lives and Don will see Him in heaven for eternity. The incredible fellowship Don enjoys with Christ now in the midst of suffering here on earth is nothing compared to the glory that will be revealed to him in heaven (Rom. 8:18).”

Don was able to go to all the state playoff games and championship games following the weeks after his brain surgery. Don said he felt that God gave the team strength this season and told the players later, in a letter, that if anyone ever wanted to talk about God, he would love to talk to them.

Now, Don is in the midst of six weeks of radiation therapy. Because of the aggressive nature of his type of cancer, chemotherapy isn’t completely effective. The Herrmanns are hoping to experiment with a new form of immunotherapy treatment in Oklahoma City.

On May 23, Don and Mary celebrated 30 years of marriage. In a Facebook tribute to her parents, Rachel Cox, Don and Mary’s daughter, said “Today is my mom and dad’s 30th anniversary! My dad is in his 5th week out of 6 of daily chemo and radiation treatments and he’s doing well all things considered but needs your prayer and encouragement. We’re praying for 30 more years together!”

It is with that kind of faith and prayer that the Herrmanns are facing their father’s illness.

“We totally understand that we are in God’s hands,” Mary said. “One of our favorite songs is by Mercy Me, called ‘Even If.’ I know You’re able, I know You can, but we have to trust God. How beautiful is the death of our saints because we all know where we’re going when we die.”

The Herrmanns are members of Stillwater, Countryside where, prior to Don’s diagnosis, Mary volunteered in the children’s ministry. Since Don’s sickness, they have been amazed by the outpouring of love and support from their church family, “We have never felt as loved by our church as we have going through this,” said Mary.

As Don and the Herrmanns face extensive treatment and a long road, they prayerfully put their faith in the Lord, whom is the ultimate healer. Alongside them through this journey they have a soccer team and an entire community, supporting them passionately with the strength of one of their own, Don. They are Don strong.