Stan Norman, A Churchman and a Scholar 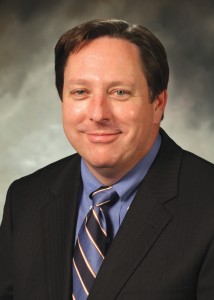 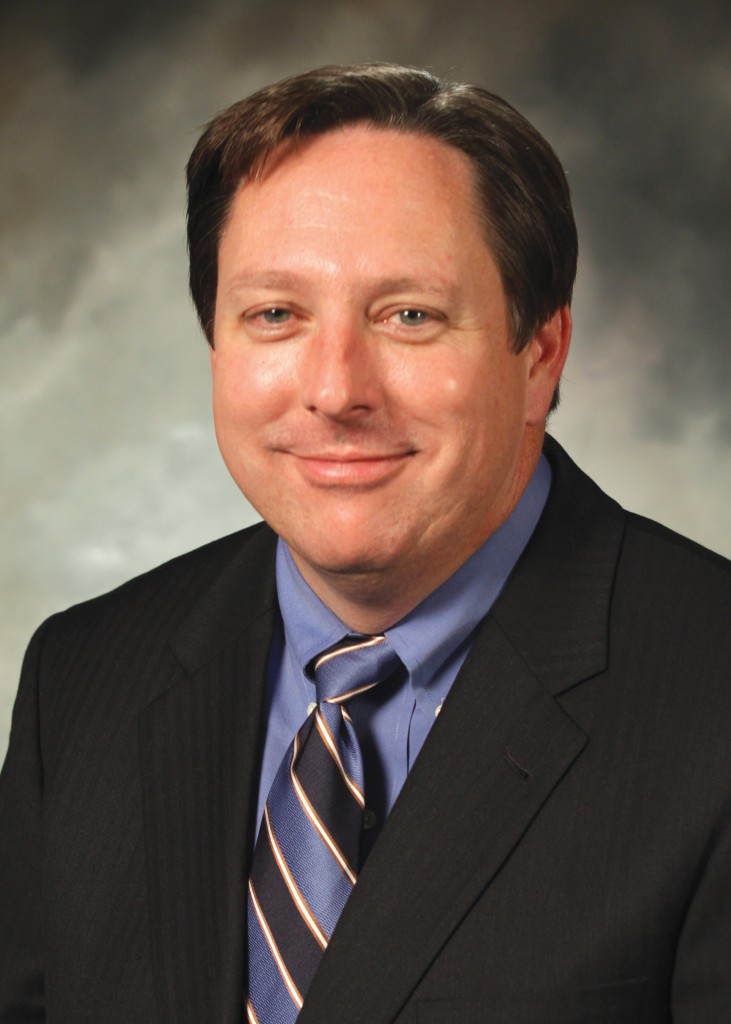 Lee Sullens first heard of Stan Norman as a student at New Orleans Seminary. When Sullens first glanced down at the sea of red ink on the papers from Norman’s theology class, he knew that study with this professor might prove to be difficult. From the look of things, the nickname “Stormin’ Norman” was appropriate.

On one particular day as Norman entered the classroom, he asked about the doctrine of regeneration. Most of the students had never heard of the word, much less understood its biblical significance.

“I remember that I thought I knew most everything about theology so I answered and quickly realized I didn’t know what I was talking about,” Sullens said. “Carefully, even pastorally, Norman began to teach all of us from Scripture just how important this doctrine was in the life of the believer and in the life of the church.”

Now the campus minister at the University of North Carolina—Chapel Hill, Sullens began to grow in his understanding of the Bible and credits his theological development to Norman’s influence in his life.

“I know most of what I know about the Bible and theology from him as he was such a fine teacher,” he said.

A student of Baptist historical theologian James Leo Garrett at Southwestern Seminary, Norman represents a generation of scholars who came of age during a time of controversy among Southern Baptists. As the new provost of Oklahoma Baptist University, he is aware of the difficulty faced by this generation of scholars and students to fully integrate Christian faith and the academic disciplines. He maintains a robust ecclesiology (the doctrine of the church) and an obvious passion for academic excellence.

Aware of the vast number of academic institutions which have rejected the doctrine of their founding and now view the church as little more than an annoyance on the road toward a more progressive set of unorthodox beliefs, he is doubly cautious to maintain a strong confessional standard all the while pursuing a rigorous academic fervor.

“Truth is the ultimate issue in the pursuit of all knowledge,” he states. “Education begins with how you define truth and how that truth is engaged through study.”

In the context of Christian higher education, Norman regards the pursuit of truth as the highest aspiration and the goal of every academic endeavor.

“All truth is God’s truth,” Norman says and seeks to lead the faculty toward a greater apprehension of the truth in and through their academic disciplines.

Helping faculty continue to chart a course toward the integration of the disciplines is something he takes very seriously.

In Southern Baptist life, many colleges and universities once directly affiliated with state conventions sought independence, as the budgetary investments of the conventions no longer were equal with other funding sources that often stood in direct competition with the theological worldview espoused by the founders of the school. “When this happens,” Norman says, “there is a theological drift left which often cannot be reversed.”

Oklahoma Baptist University, however, has worked to maintain and strengthen a relationship between the Baptist General Convention of Oklahoma and the university. Norman states that he “is fortunate to work at OBU, which has and continues to enjoy a rich tradition of academic excellence and commitment to the Christian faith.”

The unspoken fear that a school dedicated to a confessional belief in truth as revealed in Holy Scripture and the revelation of Jesus Christ “might be perceived as moving away from the cutting-edge methods of modern pedagogical techniques” is something always on the minds of the faculty and administration of Christian universities. “There is always a fear that if a university is truly Christian in its academic life and thought, will it be able to attract students?”

He is aware of the many forces which press hard against any college or university. As a provost, he realizes faculties are often under pressure to produce work that will be highly regarded by others in their field as worthy and helpful to advance an academic conversation to a new level. “The allure of the academy often causes scholars to accommodate their personal beliefs to their professional peer group in such a way that is regarded as acceptable in the milieu of the academy even when it requires that they compromise their faith.”

Norman is thankful OBU has a faculty who can live in both worlds and discharge their duties faithfully.

Norman is fast becoming a leading voice in the ongoing debate of Baptist identity. This conversation has taken on many forms and concerns itself (primarily) with the origin of Baptists as a distinct group of Christians; the theological contributions of Baptists to the wider evangelical discussions of the church; and the dominant characteristics of modern Baptists (particularly Southern Baptists) which might be in danger of being compromised amid certain ecumenical efforts with other evangelical denominations.

As a Baptist theologian, he has dedicated himself to finding out what “makes a Baptist a Baptist.” His chapter in David Dockery’s volume, Southern Baptist Identity: An Evangelical Denomination Faces the Future, speaks of two distinct traditions within Baptist history: the Reformation Baptist tradition and the Enlightenment Baptist tradition. By invoking the word “Reformation,” he does not intend only to convey what has come to be known as the Calvinistic expression of soteriology (the Christian doctrine of salvation) most notably associated and clearly articulated with the Protestant Reformation. Rather, it is an understanding of sola scriptura—Scripture alone—which has and must continue to dominate all present and future discussions of Baptist identity. “The Bible is the starting place for the development of our beliefs about God and our practices as disciples of Christ,” he says.

In contrast, what he has termed “the Enlightenment distinctives” embraces much of the thought and scholarship advanced during the era of the Enlightenment (often thought to have begun near the time of the release of René Descartes’ Discourse on the Method of Rightly Conducting One’s Reason and of Seeking Truth in the Sciences, published in 1637) which established “the autonomous self” as the starting point for the discovery of truth. Norman believes that the major figure who brought these ideas to Southern Baptist life was Edgar Young Mullins (1860-1928). Mullins served as the fourth president of the Southern Seminary and stressed that “both the personal religious experience and biblical authority are equal” in developing a distinctive Baptist theology.

He believes Mullins allowed his view of “personalism” to “overshadow” biblical authority as evidenced by his work, The Axioms of Religion: A New Interpretation of the Baptist Faith. Applying Mullins’ understanding, personal experience can now trump biblical doctrine to such a degree that “individualism” dominates the church, reducing the influence and impact of congregational life to an option for believers.

The Local Church—Required for Growth

For Norman, the local church is an indispensable agent in the personal sanctification of a Christian. He also believes (and works to prove from Scripture—see Eph. 4:11-16 and II Thess. 1:3-4) that the church is to be corporately sanctified together. In his edited volume, The Mission of Today’s Church, he writes “the church is to be brought to a state of corporate completion or maturation, and the ministers gifted to the church exercise their ministries toward this end.”

This is precisely why he is concerned about the modern state of many Southern Baptist churches. Though encouraged by many pastors who see the local church as vitally important personally and corporately, “there is a general sense that the church isn’t really all that important to many people.” Fearing that the view of “I can interpret the Bible any way that I want and the church can not tell me what to believe” has produced many Southern Baptist churches that are unhealthy, he is hopeful that by seeing anew the biblical mandate for a corporate sanctification, congregations might take more seriously the church’s role in the life of every believer in their membership.

Organizationally, he sees the local and regional expression of Southern Baptist ministry as vitally important for local congregations. A victim of Hurricane Katrina while serving on the faculty of New Orleans Seminary, he saw first hand the impact of disaster relief and the way congregations were organized to help restore the lives of many who had lost all their earthly possessions. “This could not have been done were it not for many of the state conventions that came to help and serve others in the name of Christ,” he said. He views the networks that are organized by and around local congregations as critical for the maturation of congregational life. A genuine biblical community does not form by accident. Rather, he stresses that interaction, instruction, and encouragement in the work of ministry is the path toward a healthy congregation and all organizational supports must remain focused on the local church, so as not to become entities unto themselves with no direct connection to local churches.

Grounded on the New Testament understanding that the local church is a vital community for the advancement of the Kingdom of God, he is quick to state that Baptist polity does not simply reduce the local church “to a democracy where a majority rules.” Rather, the church is a place where the authority of Jesus Christ dominates every decision and works to conform every ministry to the Word of God for the glory of God.

Norman is emerging as one of those rare men publicly regarded as both a churchman and a scholar. Perhaps Lee Sullens is right when he says, “Stan Norman might be one of the most significant influences in Southern Baptist life today. If my life is any indication of the impact one man can bring to the thought of a minister of the Gospel in this modern age, perhaps Norman will become widely regarded as the theological giant that many of his former students already know that he is.”