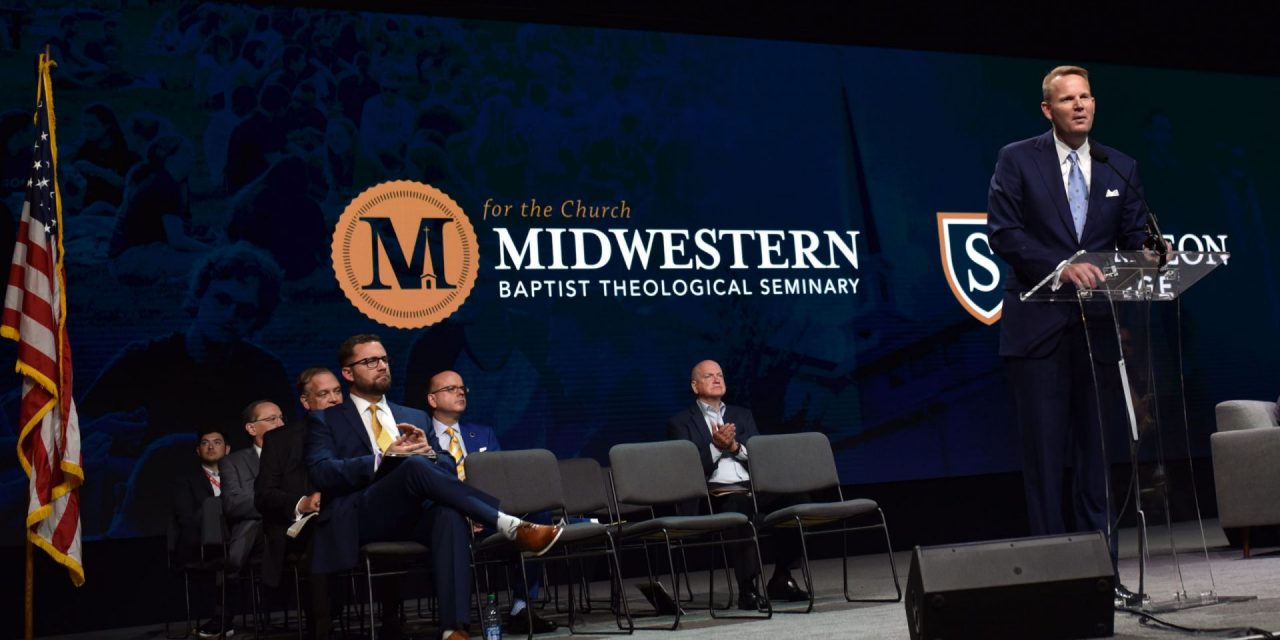 The report, based on data from the Association of Theological Schools (ATS), listed seven accredited theological institutions that have shown consecutive headcount enrollment growth during the past five years with two of those being Southern and Midwestern.

Southern’s headcount enrollment in 2015 was 2,754 and increased to 3,390 by 2020. Midwestern’s 2015 enrollment was 1,196 and more than doubled to 2,397 by last year. The report from the ATS reflects only graduate enrollment at theological institutions and therefore does not contain data about undergraduate enrollment.

Jason Allen, president at Midwestern Baptist Theological Seminary, said he is grateful for the continued growth of the school despite the current state of theological education in America.

“We could not be more pleased to be recognized as one of seven ATS institutions with consistent enrollment growth over the past five years,” Allen said. “That only seven institutions out of over 300 have demonstrated consistent increases over that time period says something of the climate of theological education in North America, yet we are thrilled to be among them. We are grateful for all that God has done and is doing at Midwestern Seminary.”

Common factors among the seven schools cited by the study include an active and scholarly faculty, innovative programs, an emphasis on spiritual growth and discipleship, doctrinal foundations and affordability.

“Our doctrinal commitments ensure we will not waver from the truth of God’s Word, come what may culturally from season to season,” Allen said in a statement.

In addition to enrollment, all of the Southern Baptist seminaries have shown significant progress and updates in recent years in a variety of ways.

“Our ambition is to be the most faithful seminary on the planet when it comes to serving the local church,” he said. “Serving local churches is a stewardship we are committed to and one we enjoy.

“As we reflect on the past five years, we have the opportunity to thank God for what He has done thus far and to learn from what we have done right and what we can do better. In doing so, we are committed to redoubling our efforts to serve the local church for the next five years and beyond.”