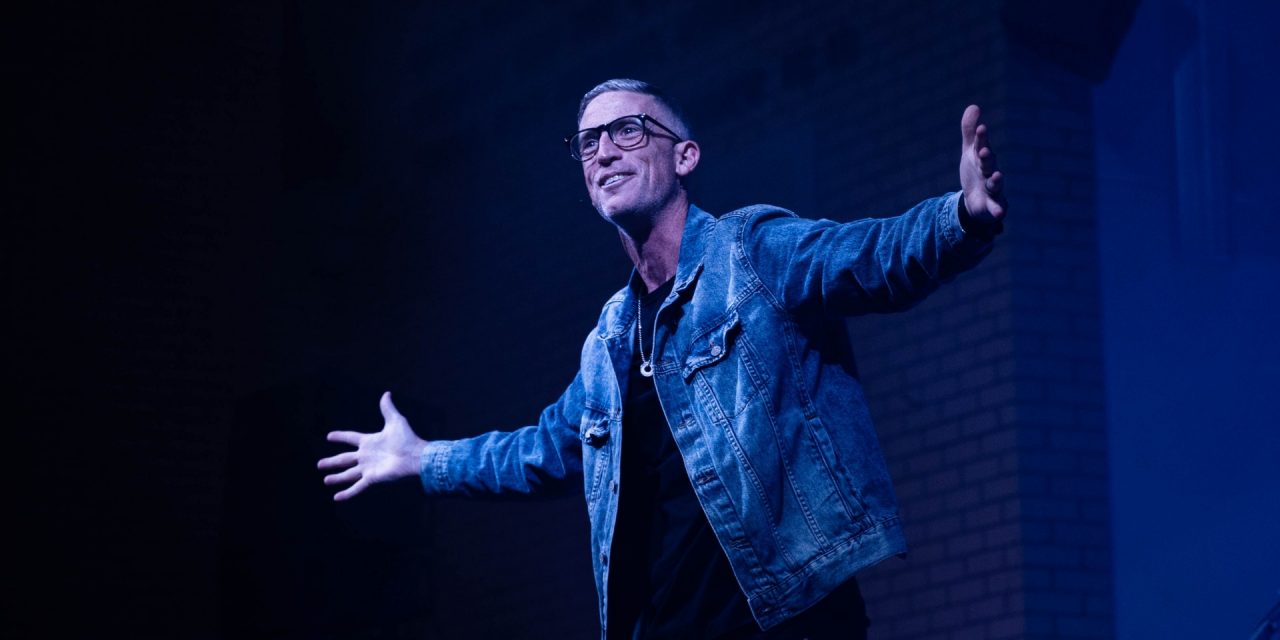 DURANT—An estimated 2,000 students gathered in person and online for the Saw You at the Pole rally Sept. 23 at Durant, First. The annual rally happened the evening after the student-led See You at the Pole gathering earlier that day, as students from around the state met at flag poles of their schools or online to pray for their teachers and classmates. 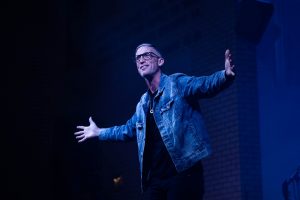 Twenty area youth pastors coordinated the evening event that included worship led by Cody Dunbar and Gospel preaching by Ed Newton. Durant, First Student Pastor, Stuart Tilley said the event was different and the same all in one this year.

“Things were different, because we didn’t get to use (Southeastern Oklahoma State University’s) basketball area like we normally do,” Tilley explained. “This limited our seating big time. Last year we had 1,200 people in attendance, with room for more. This year we had a 400-person limit at Durant, First, so the live crowd was very different.”

Tilley shared other modifications for this year’s rally, which allowed students to participate online.

“We created a website for live streaming and live-streamed through our church Facebook page,” Tilley said. “That was something different for us, but I believe that it was a ‘good different’ because we reached more people this year than we ever have. We had multiple satellite campuses across Oklahoma and even some in our own town.” 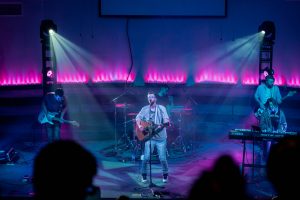 1. Worship at the event was led by Cody Dunbar and his band.

A group of about 20 local youth Pastors, calling themselves the United Ministry group, planned the event. “COVID made meeting and planning difficult, but we saw it through,” Tilley said. “This is a group effort each and every year, and it could not be what it is without two things: God’s hand and the support and work from our United Ministry Group.

“The turnout was amazing,” Tilley continued. “We had to set a 400-person limit in our building, so we could sit people safely and space them out. That 400-person limit was hit in a matter of days.”

“No matter how different it may have felt, the one thing we know was the same is that we still were worshiping the same God,” Tilley continued. “We still got to see God work in big ways this year. The Cody Dunbar Band was absolutely amazing. Ed Newton did an unbelievable job of sharing the Gospel very clearly. So, through all the changes and unfamiliar things we had to go through, the one thing that didn’t change was that God still moved in a mighty way through our teenagers!”

The United Ministry Group was established in 2008 by Garry McNeill, pastor of Durant, First, when he was the youth pastor at Durant, First.

“Saw You At The Pole is so important because God is in it,” Tilley said. “I truly believe that this is something that God gave Garry McNeill back in 2008, and God is still moving and working in it today. From 2008-20, we have seen more than 15,000 people in attendance and more than 825 Salvations.”

For more information about See You at the Pole visit https://syatp.com/