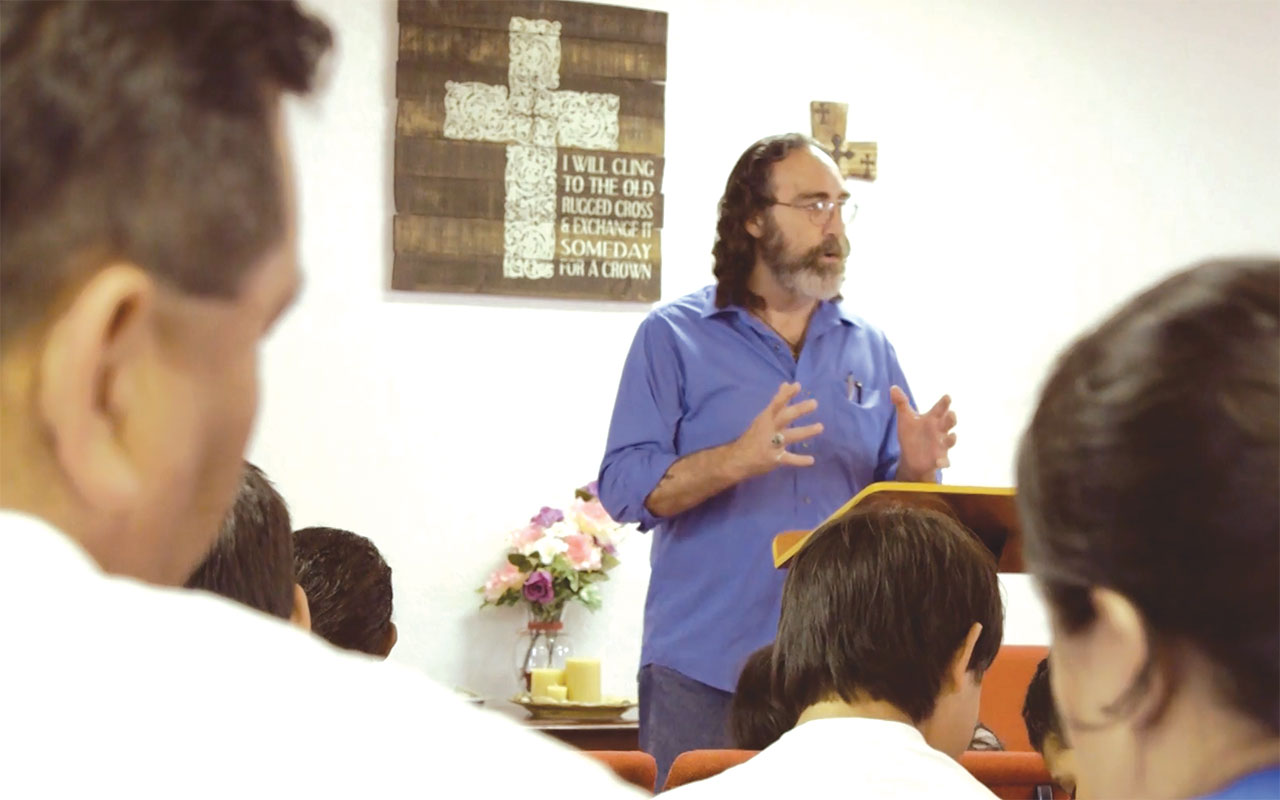 De Brown sits in an RV surrounded by Bibles and study commentaries.

“All of my life I wanted to live a life of excitement and thrills,” said Brown. “And until you’ve gotten down on your knees with someone and have them close their eyes in darkness, pray the prayer, ‘Lord come into my life, be Lord of my life,’ and when they open their eyes to see that light behind their eyes for the first time to be shining, you’ll never know what excitement truly is.”

This is the opening of one of the videos that promotes the 2016 Oklahoma State Missions Offering (SMO). Brown is a church planter who is currently at Kingfisher, All Nations, a Native American church, serving as a bi-vocational pastor. Church planting is one of more than 20 Baptist ministries that will benefit from the SMO, which set a statewide goal this year of $1.1 million.

Brown shared he was living in the featured RV with his family while making $800 a month.

“The general paradigm for a Native church is that he’s going to have to be bi-vocational,” said Emerson Falls, Native American specialist for the Baptist General Convention of Oklahoma, in the video about Brown. “I think 90 percent of our (Native American) churches are pastored by somebody (who is not making) a full-time salary.”

Falls shared the dynamics of Native American churches in Western Oklahoma. He said, because there are not many Christians among Indian tribes, the churches are small, and they struggle. But he did give a positive report on the work Brown is doing at Kingfisher, All Nations.

“The church is growing. He’s doing a great job there,” Falls said. “He came in a travel trailer with some funds from churches in Texas. The BGCO is now going to be funding him and enabling him to stay on the field.”

The support Brown will receive will come from the State Missions Offering. Falls also said Kingfisher, All Nations has a goal to start another church, in the same way they were started.

“The vision statement at the moment is to see Native Americans saved, discipled, set free and spiritually equipped to reach Native Americans of all nations. To go make disciples—that’s what we’re called to do,” said Brown.

The video continues sharing Brown’s reflection of his involvement in ministry. With an emotional pause, he shares his appreciation for what God has allowed him to do.

“To know that He would allow me to share in the experience of seeing that person come to know Christ, that’s excitement,” Brown said.

This is one of four videos available for churches to share with their congregations. Visit www.StateMissionsOK.org for access to all videos, as well as other offering resources for churches.