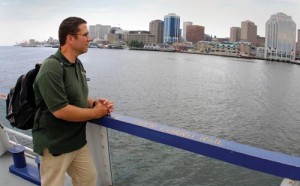 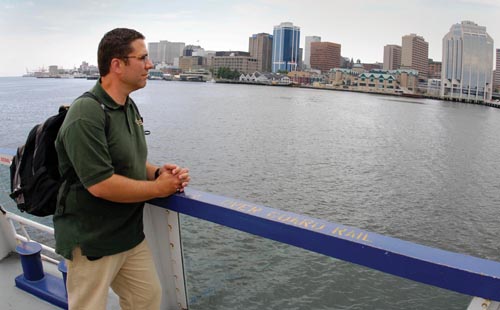 WINNIPEG, Manitoba— Gary Smith and his 11-year-old son, Caleb, tooled down the Trans-Canada Highway in their rented Toyota on a winter’s day. They were in the middle of a 12-hour, 600-mile road trip from Quebec to Prince Edward Island when reality hit the 41-year-old missionary and he suddenly started to cry.

Through his tears, Smith asked his son, “Caleb, do you realize that in all of these towns, cities and villages we’re passing by, there are no Christian churches to tell the people about the Gospel? There are no Sunday school classes for kids. There’s nothing like you’ve known all your life.”

As he looks back now, Smith thinks that’s when Caleb finally got it—realizing why his daddy was gone from home so much. “He and I stopped and prayed together for those towns, cities and villages,” recalls Smith, “and it was a precious time for just the two of us.”

It’s a fact, Smith said, that some 1,000 communities in Quebec—spread across hundreds of miles—have no evangelical church at all, not one.

The Smiths are national missionaries for the North American Mission Board and the Canadian National Baptist Convention, responsible for planting churches all across Canada. They are two of the some 5,500 missionaries in the United States, Canada and their territories supported by the Annie Armstrong Easter Offering® for North American Missions, and are among the NAMB missionaries featured as part of the annual Week of Prayer, March 1-8. This year’s theme is “Live with Urgency: Sowing Together for Harvest.” The 2009 Annie Armstrong Easter Offering’s goal is $65 million, 100 percent of which benefits missionaries like the Smiths.

Smith, a native Kansan, realizes he’s not in Kansas anymore when it comes to the difficult challenge of planting new churches and sharing the Gospel amidst a vastly “lost” Canada.

“In eastern Canada, there’s a spiritual void,” he says. “If you’re under 40 years old and in Quebec, you don’t probably know who Jesus Christ is. Smith says only eight percent of all Canadians are connected to an evangelical church, compared to 28 percent in the United States.

“Montreal has nearly five million people. Almost all of them are lost. Only half of one percent are evangelical Christians. We’ve been here eight years now, but only scratched the surface.”

As an example of the fading spiritual condition in Montreal—Quebec’s largest city—95 percent of Montreal citizens attended a Catholic church weekly in 1955. Today, it’s only five percent. The Catholic Church has not only lost most of its spiritual ground in Montreal, it’s almost been kicked out of the culture, according to Smith.

But the same holds true for Protestant churches in other Canadian provinces such as New Brunswick, Nova Scotia and Prince Edward Island. Smith said despite local church planting by Southern Baptists— many of the churches in these provinces have either died out or been turned into art museums.

Smith says sharing the Gospel in Canada often calls for new, unique and creative tactics in lieu of traditional “hard-sell” methods. In a country where so many know of Jesus Christ only as a “curse word,” tangibly reflecting the love and compassion of Christ proves more successful.

“On an airplane recently, I met a young French woman who was a social worker in Trois Rivierre, Quebec, one of the most unreached cities per capita in all of North America,” he said. “Not only was she a social worker, she had a caseload of 50 unwed pregnant teenagers, average age 13.

“I asked her if she had ever heard of Jesus Christ and she gave the typical reply. ‘Yes, Jesus is a curse word.’ I told her, ‘No, He’s much more than that . . . He loves moms and babies.'”

Smith got her e-mail address and phone number and weeks later, told the young social worker’s story at a Baptist missions conference in Florida.

“The folks in Florida got so fired up that five weeks later, I had these huge boxes delivered to my doorstep in Montreal. We opened them up and it was incredible—baby snowsuits, diapers, wipes, things for the moms, etc.”

When Smith drove to Trois Rivierre to personally deliver the baby items to the social worker, she and her colleagues told him, “it’s so incredible what you’ve provided.”

“And I told them, ‘No, Jesus Christ provided these things for you today. This is Who He is.’ That was these Canadian social workers’ introduction to the Gospel,” Smith said, adding that reflecting Jesus’ compassion in any lost place can make the mission field there much softer to plow and harvest.

Smith’s church planting role for NAMB and the Canadian National Baptist Convention is much bigger than himself—to the extent that he partners with fellow missionary Jeff Christopherson in Toronto, and oversees volunteer church planting “advocates” stationed in other Canadian provinces.

“Toronto is the most culturally diverse city on the planet,” according to Christopherson. “In 2001, more than 50 percent of the Toronto population was born outside Canada. By 2016, there will be more than 1 million Mandarin-speaking Chinese from mainland China living in the Greater Toronto area. But 95 percent of them will be unchurched.

“People don’t realize it, but there are more Italians in Toronto than any place else in the world outside of Italy. You go to Brampton, a city of 400,000, and there are 90,000 Sikhs there. There are 50,000 Bengalis in Toronto.”

Christopherson said Toronto is also Canada’s headquarters for the country’s major corporations, media outlets, the Canada Stock Exchange and the major banks—making the city a combined New York City and Los Angeles. As such, Toronto impacts the rest of Canada.

What does the Annie Armstrong Easter Offering do for church planters in Canada?

“I believe a church planting movement can arise out of Canada that would turn the tide for North America.”

For more information on this year’s Week of Prayer missionaries and the ministries of the North American Mission Board, visit www.anniearmstrong.com.