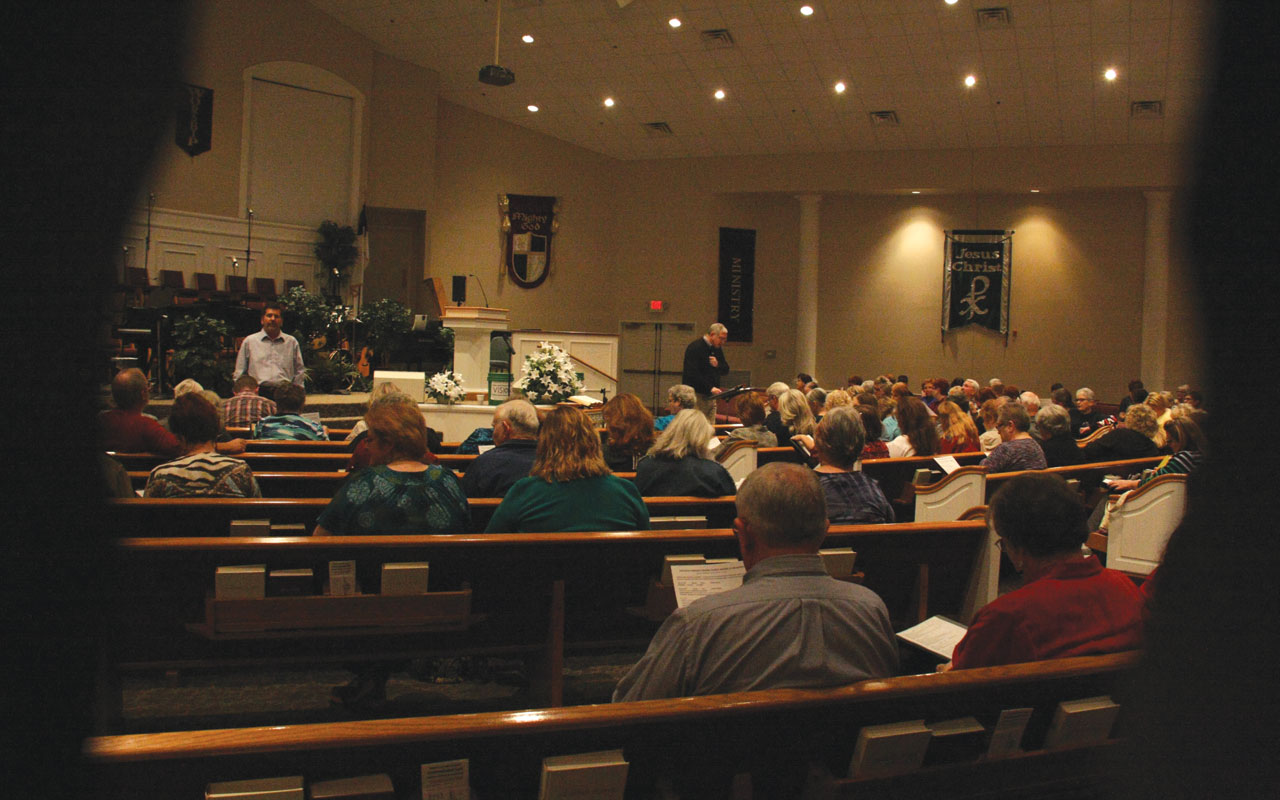 MOORE—Packing a repertoire of more than 20 songs, along with a couple of handbell pieces and, most importantly, the Gospel of Jesus Christ, more than 130 of the Singing ChurchWomen of Oklahoma (SCW) will depart in 10 weeks for a May 30-June 9 mission trip to Northern Europe under the theme of “Pray+Love+Latvia.”

“This is a mission endeavor that we pray will be a rich blessing to the people of Latvia and beyond,” said director Randy Lind, worship and music ministries specialist with the Baptist General Convention of Oklahoma (BGCO). ”Latvia, known as ‘The Country That Sings,’ is the perfect destination for the SCW to take the message of Christ. This trip will take us far from the normal avenues of ministry that we have across the state of Oklahoma, and allow us to join with believers in Latvia, Estonia, Finland and Sweden as we sing in churches and public venues where we will engage members of the communities we visit.”

It has been 12 years since the SCW’s last mission trip to Romania and Hungary in 2004.  Excitement among the 138 members of the group and others signed up to accompany them is growing as they met for an orientation March 5 at Moore, Regency Park.

One of the major ministry points will have the Singing ChurchWomen working with the Latvian Baptist Union. The populace in the western part of Latvia is mostly Latvian speaking, while those in the eastern part of the country speak Russian. To help reach both language groups, the IMB has located two couples there to help in church planting and to support local churches.

In addition to local concert ministry, the SCW will sponsor a June 4 Women’s Conference for women from all parts of Latvia. The conference is planned in conjunction with the women’s ministry leadership from the Latvian Baptist Union.

“We pray that this conference will be a time of celebration and encouragement for all who attend,” Lind said.

Also attending the March 5 orientation was Inguna Gruznina, founder of the Talsi Christian School in Latvia, who will host the group on June 6. Gruznina, a former atheist, became a Christian during an evangelistic crusade in 1991, and God then gave her a dream of a Christian school where her handicapped daughter, Elina, and others could be educated. After starting with 37 students in grades 1-4 in 1995, the school now has more than 280 students in grades 1-12.

Other highlights of the trip include concerts in St. Peter’s Dom in the Latvian Capital of Riga, the Amber Concert Hall in Leipaja, Latvia and St. Olaf Church in Tallinn, Estonia, where they will be joined by the Estonia Women’s Choir in concert. The ladies also will sing in three churches in Riga on Sun., June 5.

Additional ministry opportunities are scheduled at the Baptist camp sponsored by the Baltic Pastoral Institute in Uzava, Latvia on June 7.

“We are asking Oklahoma Baptists to join us in prayer for God to continue to open doors for us in Latvia,” Lind said. “Our primary purpose will always be to the churches and people of Oklahoma, but God has given us a vision and an opportunity to sing the Gospel around the world.

“As we prepare musically and spiritually for this trip, we pray that we will be able to connect and encourage Latvian pastors, church leaders, and our missionaries. Our prayer also is that we will engage the people of Latvia, especially wives of ministers and missionaries.”

Latvia is located on the Baltic Sea, and is bordered to the north by Estonia, the south by Lithuania, the east by the Russian Federation and the southeast by Belarus. Across the Baltic Sea to the west/northwest lies Sweden. Finland is to the north. The country is divided into 118 municipalities, with 109 counties and nine cities. The capital and largest city is Riga. With a population of 2.16 million—Oklahoma’s population is 3.8 million—Latvia is one of the least-populous members of the European Union.

More information about the Latvian Baptist Union is available at www.lbds.lv; on the Talsi Christian School at www.talsichristianschool.lv and on the Baltic Pastoral Institute at www.bpiriga.lv (Click on the English translation tab (EN) at the top right of the page).

“If you purchase one from a SCW member going on the Latvia trip, it will help them with the cost of the trip,” Lind said.

The CDs also are available at all SCW, Oklahoma Baptist Symphony, and Singing Church Men concerts. For more information, call Lind at 405/942-3000, Ext. 4647.