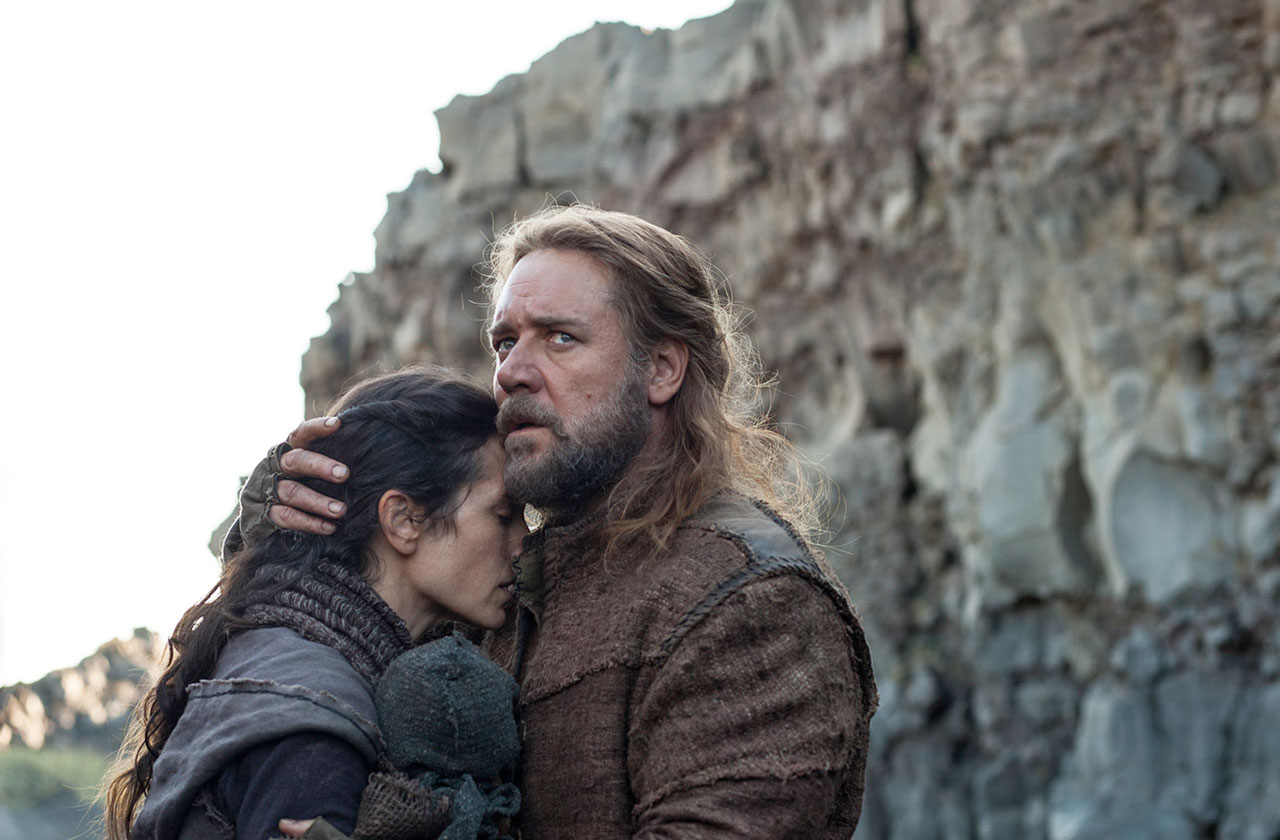 NASHVILLE (BP) — No one seems to be arguing whether Paramount Studios’ “Noah” is a factual representation of Scripture, as the filmmaker has admitted it is not, but Christians disagree whether the movie will advance the Lord’s Kingdom.

Christian academia, pastors and movie critics laud the production as a tool to encourage dialogue about the Bible, while some caution that viewing the film might birth doubt and inaccuracies in the hearts of believers. The $130 million production, directed by Darren Aronofsky and starring Russell Crowe in the title role, opens today (March 28) in theatres.

Under an agreement with National Religious Broadcasters, Paramount has added to the opening credits the message, “The film is inspired by the story of Noah. While artistic license has been taken, we believe that this film is true to the essence, values and integrity of a story that is a cornerstone of faith for millions of people worldwide. The biblical story of Noah can be found in the book of Genesis.”

Paramount did not stop there, but has released an 8-minute video encouraging Christians to see the film. Such leaders as Focus on the Family President Jim Daly, Mosaic Church Pastor Erwin McManus and The King’s College President Greg Thornbury encourage Christians to attend the production.

“‘Noah’ is nothing short of astonishing,” Thornbury says in the video. “I am confident that it will be remembered as a film that helped re-enchant a new generation with the biblical narrative. Honestly, it is path-breaking.”

Thornbury, who has taught philosophy of film courses in a variety of settings, also critiqued the movie in a blog on “The Gospel Coalition” evangelical website. He acknowledged the movie has a “ton” of “extra-biblical material,” and pointed out two major theological objections. The movie does not present God as an actual character, as does the biblical account, and the movie totally misses God’s grace, even as it seeks to portray justice and mercy, Thornbury blogged.

“Because Noah is seized by the Lord through dreams in the film, we never really develop an imaginative sympathy with the Creator,” Thornbury wrote. “Second, the film entirely misses the covenantal structure of the Noah story. In the text, God clearly sets his love upon Noah as an expression of grace. Through Noah, a righteous man, the entire family is saved. … Exploring the theme of God’s justice and mercy, if pursued apart from the notion of covenant, is a risky proposition with unreliable theological results.”

The movie can only be enjoyed if we realize it’s not true to Scripture, Thornbury indicated.

“If you go into it saying, ‘That stuff is not in the Bible!’ you are going to be a very grumpy camper when you leave the theater,” Thornbury wrote. “But of course we all realize that Genesis 6-10 actually underdetermines much granularity in terms of the precise details of a story.”

Phil Boatwright, whose movie reviews appear in Baptist Press and on previewonline.org, points out one such extra-biblical feature of Noah.

“When Noah tells an angry biblical figure that he’s not alone, he doesn’t just mean God is with him! Noah is also backed by … fallen angels known as the watchers (Nephilim, spoken of in Genesis 6:14), here portrayed as giant rock creatures who seek forgiveness from their Creator by aiding Noah,” Boatwright said. “The rock people (the watchers) must be discussed because for this reviewer, they were the one ingredient that made the $130-million production seem a little like a Sci-Fi Channel refugee.”

At a press conference, Boatwright garnered Aronofsky’s explanation of the watchers.

“We thought for a long time about how to bring the Nephilim to life,” Aronofsky said of himself and co-writer Ari Handel. “Lots of sources talk about the Nephilim, including the book of Enoch. Of course, we had to use imagination to bring them to the screen.

“I was inspired metaphorically when I conceptualized these ethereal beings as falling in love with Earth and humans, and attempting to start another race. And because of doing this, their Creator imprisoned them by the earth,” Boatwright quoted Aronofsky. “I wanted this sense of crippled creatures, weighted down with their own punishment. I think there’s a sense that they are in pain with every step they take. It’s their punishment.”

“Noah is an epic movie experience that engages not only the cerebral but the emotional. On the way to the car, people discuss it,” Boatwright said. “That’s when you know you’ve experienced true art. It’s not just a time-filler before going to some other time-filler. It’s a film that demands debate.”

Answers in Genesis CEO Ken Ham is among those who are critical of — and do not recommend — the film, urging Christians to ask for guidance from the Holy Spirit before buying a ticket. AiG launched on March 25 the website www.TheTruthAboutNoah.com, and has scheduled Ham’s webcast review of the film on the site tonight (March 28) at 8 p.m. EST. Ham has called the movie “anti-biblical” and a “major corruption of the Bible’s account of the global Flood.”

Christians “may be able to embrace this movie, but I sincerely ask you to consider if a Christian who trusts in the inspired, infallible, inerrant, and sufficient Word of God can embrace it,” Ham writes in his latest Noah review on his website.

“Many professing Christians don’t believe that Noah was a real person from whom we all descended. Many believe that the Flood was simply a regional event,” Ham said. “Others believe the Flood is simply allegory that communicates a certain theme that we are to embrace. I pray that we will all stand for the authority of God’s Word and seek to defend His honor at all costs, even at the expense of our own entertainment.”

Ham admits he himself will see the movie with colleagues, but not for entertainment purposes.

“Paramount Pictures wants your money,” Ham said. “Before you buy that ticket, for this or any movie, read Ephesians 4:17–5:21 and ask for wisdom from the Holy Spirit that you may walk in obedience to your Lord, Jesus Christ.”

Ted Baehr, chairman of the Christian Film & Television Commission and director of its Movieguide of family movies and entertainment, advises caution for some violence and intense moments in the film.

“Noah is a spectacular epic with a hopeful, inspiring ending,” he wrote in a review. “Although it stumbles along the way, it delivers enough modern spectacle and dramatic conflict to please most moviegoers.”

Among the movie’s faults are an environmentalist spin and the fact that the movie never mentions the name God, Baehr said.