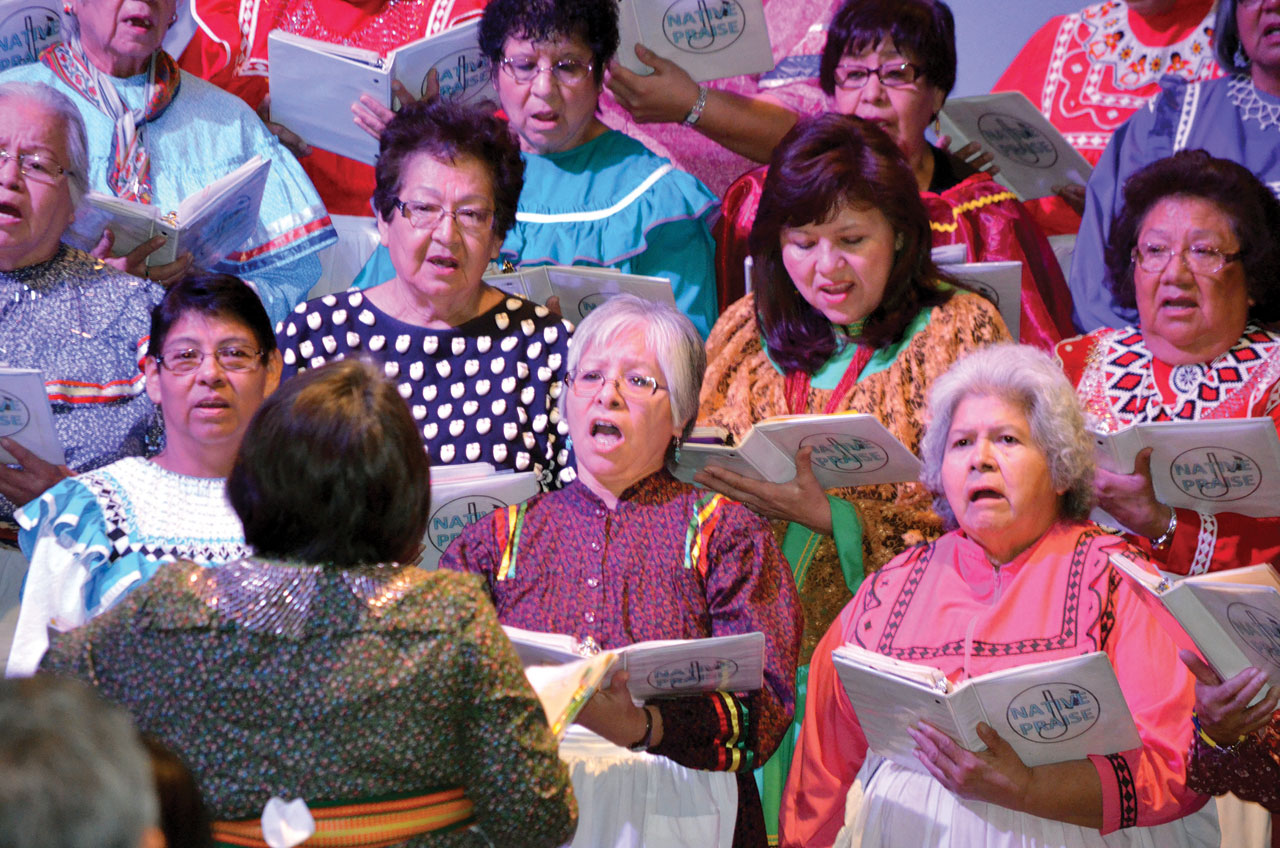 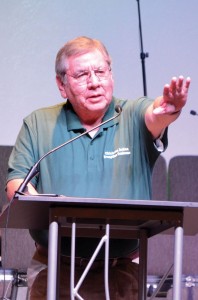 Emerson Falls, Native American specialist for the Baptist General Convention of Oklahoma, expressed his appreciation for Canadian Valley hosting after the IEC needed to relocate.

Page spoke during the Friday evening session. He thanked Falls and the Fellowship of Native American Churches (FONAC) for “the great work of the vision God has given you.” Falls also serves as the chairman of FONAC’s executive board.

“I pray my words tonight might be an encouragement for all of you as we seek to reach people for Christ,” said Page as he said he likes to call himself the “chief encouraging officer” of the Southern Baptist Convention. “We need to share the Gospel with every man, woman, boy and girl on the face of this Earth. Every little Native American girl, every little Native American boy, man and woman. There are still little boys and little girls in Native American communities all over this land who still have not heard the Gospel.” 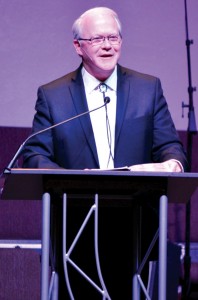 As the theme of the conference was “Woe to those who are at ease in Zion,” based on Amos 6:1, Page spoke about churches doing good things, but forsaking “our first love.”

Other speakers gave challenging messages that related to the conference’s theme. Evangelist David Lewis, from Tishomingo, challenged people to “wake up.” Richard Pickup, pastor of Salina, New Jordan, reminded conference attendees to “remember from where they have fallen.”

Randy Colbert, pastor of Okemah, All Nations, warned of the danger of isolation from those who may be culturally different. Wayne Harjo,  pastor of Okemah, Buckeye Creek, encouraged everyone to listen and respond to the call of God. Vern Charette, assistant professor of preaching at Southwestern Seminary, concluded the conference sharing the key to overcoming apostasy and apathy was to “keep yourselves in the love of God.”

“I was amazed at how each message seemed to flow from the previous message,” said Falls. “It seemed like the speakers got together and planned the messages, but they didn’t. Obviously, the Lord spoke to us through His messengers.” 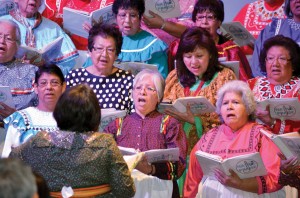 Augusta “Gus” Smith, choir director, reported Native Praise has been invited to sing at many venues, including the University of Oklahoma and state public high schools. “They are still talking about us,” Smith said about students who heard Native Praise sing. “And we are not taking this as ‘Look what we did.’ We are looking at it as ‘Look what God is doing.’ We don’t want to look at us as a show, as a performance. We want to worship.”

Falls was pleased with the outcome of IEC. “At each service, it was encouraging to see pastors and leaders from our churches on their knees at the altar in repentance and re-commitment. Many people remarked about how they felt the presence of God at this conference,” he said.