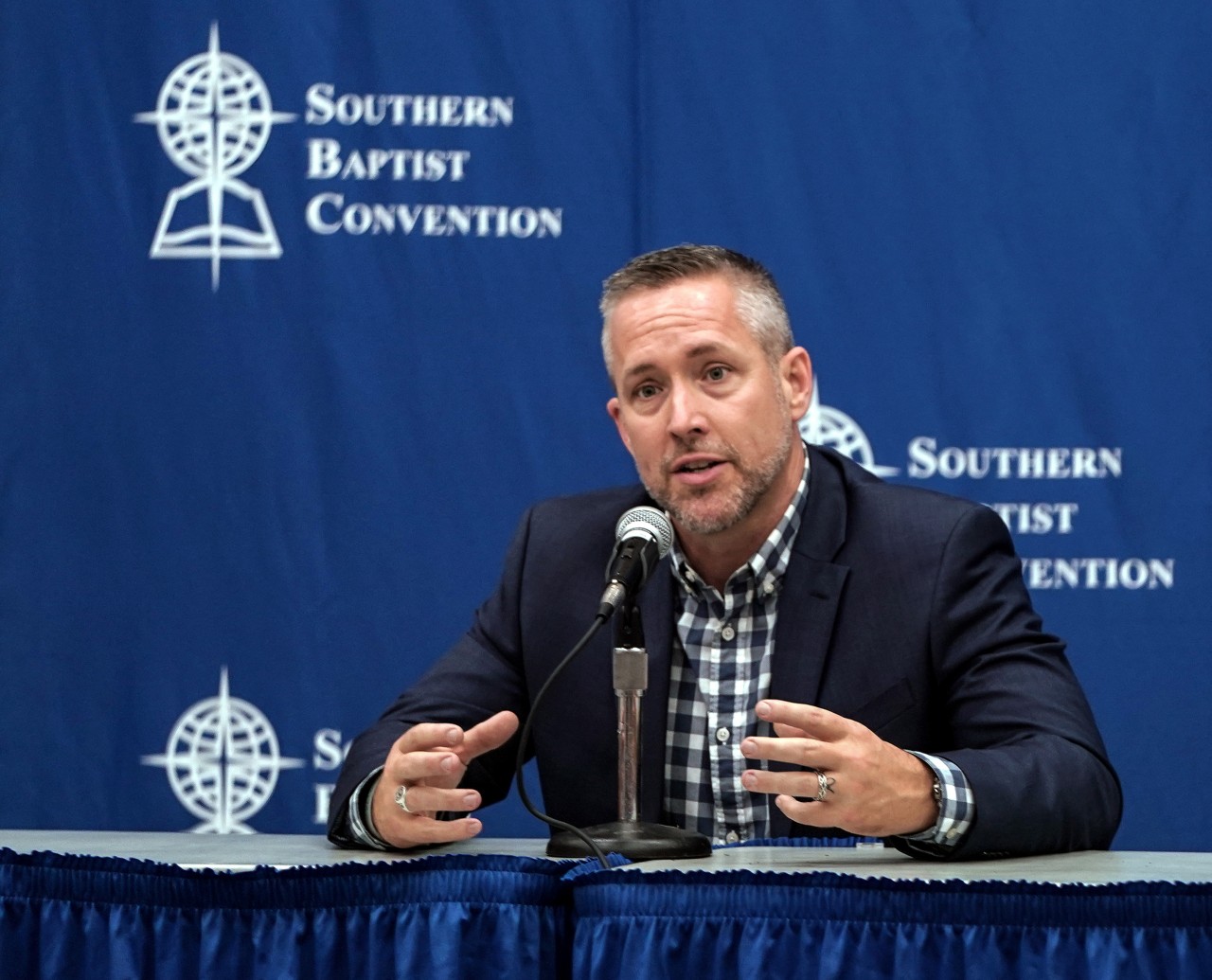 Southern Baptist Convention President J.D. Greear told denominational leaders in a meeting Feb. 18, 2019 that sexual abuse is “not a fabricated story” with an agenda, according to Baptist Press. “It is time for change,” Greear said at a meeting of the SBC Executive Committee in Nashville. “The world is watching.” A study committee reported that an SBC database of offenders should be considered, discussed and evaluated. The idea was rejected at an SBC meeting more than a decade ago. Photo by: Baptist Press

The Ethics and Religious Liberty Commission published the list of actions that Greear addressed. He called Southern Baptists to do the following:

“As a state convention, we recognize our vital role in the path forward, such as offering quality training and resources to help churches and ministries ensure care for the vulnerable and prevention of abuse. Oklahoma Baptists already have taken increased steps toward preventing abuse, and with God’s help, we will pursue a day in which all people are cared for and protected,” Hobbs added.

The BGCO is one of 41 state Baptist conventions who affirmed a “statement of principles” related to preventing abuse. The full statement can be read at https://erlc.com/resource-library/statements/southern-baptist-state-conventions-statement-of-principles-on-abuse.

Thomas Jordan, who serves as a BGCO church services specialist, said, “Since 2010, the BGCO has been working with outside professional organizations to provide Child Sexual Abuse Awareness training for the BGCO staff that serve in ministries that serve children and youth, including BGCO conference centers.”

Jordan underscored that the BGCO also runs criminal background checks on all staff who are hired. BGCO staff members also have been trained on screening job applicants for warning signs related to child sexual abuse. Every year, the BGCO runs criminal background checks on all of its summer staff who serve at Falls Creek and CrossTimbers, Jordan said.

“We are committed to continue the practice of training and re-training BGCO staff in protecting the children we serve,” added Jordan.

In the last five years, the BGCO has also sponsored 17 regional and statewide training events for churches across the state where more than 800 church and associational leaders have received training in this area from MinistrySafe, a leader in training for child sexual abuse prevention.

The Baptist Messenger will have continued coverage of this story as it develops.